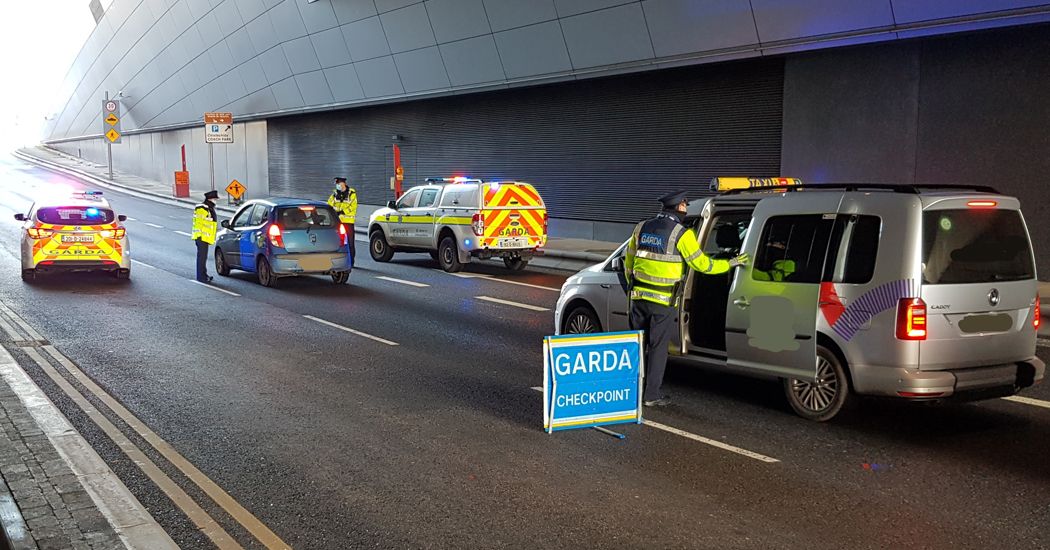 Over 280 fines issued to holidaymakers at Dublin Airport

Gardaí have revealed that 280 fines were issued to people heading away on holidays from Dublin Airport last weekend.

Fines amounting to €100 were issued to people for leaving the country for non-essential trave; between Thursday and Sunday.

From Monday, fines for the same offence have jumped to €500.

Garda activities over the weekend resulted in 150 fines issued to people either organising or attending a house party. House parties were reported right across the country and in one case up to 30 people were discovered in one home.

As of  Monday 01 February 2021 the following fines can now be issued:

More than 2,100 fines have now been issued nationwide for travel without a reasonable excuse.

Over the last few days, An Garda Síochána have also attended breaches of health regulations by licensed premises, restaurants, retail outlets, hair and beauty salons amongst other business premises. In all instances, files will be forwarded to the Director of Public Prosecutions.

Deputy Commissioner, Policing and Security, John Twomey said, “The vast majority of people continue to comply with the public health regulations. In doing so, they are protecting themselves and others. However, some people continue to engage in behaviour that puts themselves, their loved ones, their colleagues and their neighbours at risk of catching COVID-19. At this stage, no-one can say they aren’t fully aware of the public health advice and the potential dangers – including death and serious illness – of not following that advice.

Over 280 fines issued to holidaymakers at Dublin Airport was last modified: February 1st, 2021 by Rachel McLaughlin