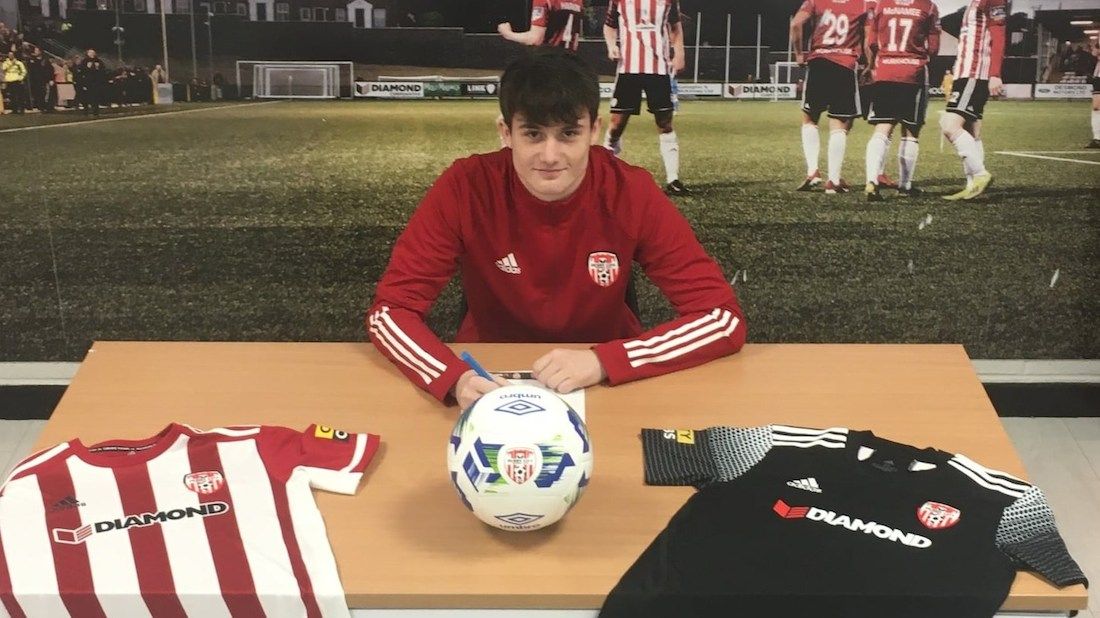 The 18-year-old has been rewarded after impressing in the underage and Ulster Senior League ranks for the Candystripes.

Ferry appeared in two pre-season friendlies in 2020 and also got some league experience under his belt towards the end of the campaign.

“He can play anywhere across the front three and he has a very bright future if he continues to work hard,” Derry City manager Declan Devine said.

“We spoke with him and his parents last week and they are fantastic people.

“I’m looking for Patrick to take this opportunity to kick on now the way Jack Malone, Nathan Gartside and Ronan Boyce are doing.”

“Our supporters will see that we’re working to put down a solid base for the future of the club.”