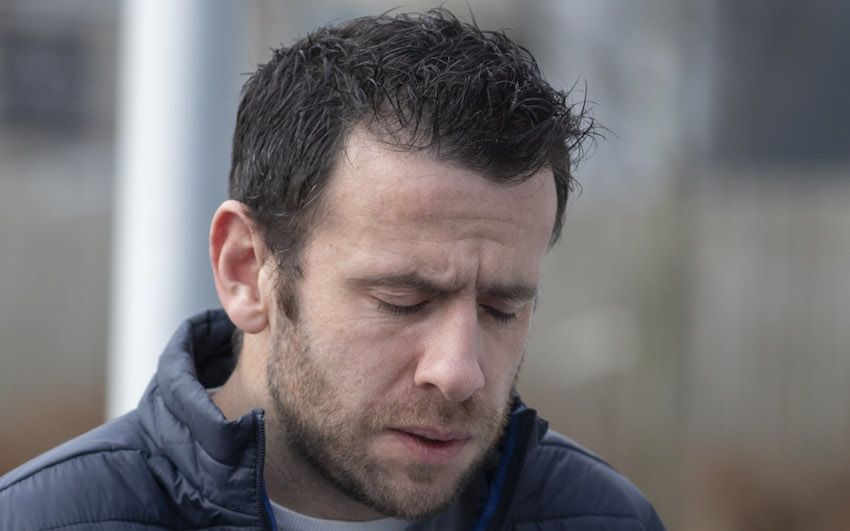 A man has been jailed for 18 months after attacking a 71-year-old-pensioner while he was walking across a street.

Seamus Ward struck Charlie Toye with such force with one punch as he walked across the Main Street in Milford that he caused him to develop a brain bleed.

Ward, then aged 32, attacked Mr Toye after he had been drinking in a nearby pub and knocked the pensioner to the ground in the completely unprovoked attack.

The pensioner suffered a black eye, cuts to his face and was rushed to hospital.

A witness to the attack on June 24th, 2019, told how she heard Ward shout at Mr Tighe “You think you’re a big man now?” before attacking him.

Ward, of Drumkern, Milford appeared at Letterkenny Circuit Court last week where he was charged with assault causing harm to Mr Toye.

He expressed remorse and offered his victim €2,000 in compensation.

However, passing sentence yesterday, Judge John Aylmer said he felt the level of remorse was questionable and that it seemed that the offer from the witness box was “too little too late.”

He also noted that after the attack, Mr Toye complained that he had been taunted by Ward who allegedly made faces from him while driving by in his car.

A medical report on Mr Toye revealed he suffered a loss of consciousness, swelling and bruising, a black eye, cuts to the face and head and also a small bleed to the brain.

In his victim impact statement, the victim said he could not remember the attack and was in a lot of pain and confusion.

He was told that he could lose the sight in his right eye and had to have two teeth removed and got headaches for six months after the attack.

He said he still wakes up in a pool of sweat because of the nightmares from the attack and even bought a dog for himself for company but also for security.

Mr Toye, who was in court accompanied by his daughter Tara, said it was the worst experience of his life.

Tragically his own brother was killed in a car accident at the exact spot where he was attacked back in the 1960s, he said.

Garda Mark McHugh told the court that Ward was arrested and he was shown CCTV of the incident.

He said he didn’t recall the incident but said he was ashamed after watching the CCTV footage taken from a local bar named Dustys.

He said he was sorry and he hoped Mr Toye was okay and it was later revealed how the accused had called the local Garda station to enquire about the condition of Mr Toye.

He claimed there had been ongoing ‘history’ between the pair which arose out of allegations about his father, who was a former Garda.

Mr Toye had also claimed that following the attack, Ward had made faces at him from his jeep but this was denied by the accused.

Barrister for Ward, Mr Peter Nolan said his client had issues with alcohol and that he had been to rehab twice.

He had previous convictions including one for dangerous driving causing the death of a friend in 2008 for which he had done community service but had no convictions since that time.

Passing sentence Judge Aylmer said there had been mitigating circumstances in the case including that he cooperated fully with Gardai and admitted responsibility.

He accepted that Ward had an addiction to alcohol and cocaine after he was convicted of killing a friend through dangerous driving in 2008 and that he had been to rehab twice.

He added that it also appeared that the accused appeared remorseful and ashamed of what he had done.

However, the aggravating factors included that it was a vicious and unprovoked attack which had left Mr Toye seriously injured as well as having such a negative impact on his life.

He said Ward was lucky that he had not found himself before a superior court on more serious charges.

The Judge also noted that he was a carer for his elderly father and that he had offered €2,000 in compensation to the court.

Judge Aylmer said he placed the attack at the upper end of the scale of such offences albeit it at the lower end of that level and one which merited three and a half years in prison before mitigation.

With mitigation including the guilty plea and his cooperation, he was reducing that sentence to two and half years.

He said that this particular offence was too serious to suspend in its entirety but agreed to suspend the final 12 months meaning Ward was jailed for 18 months.

Judge Aylmer also ordered him to avoid alcohol and drugs, to attend all therapy recommended by the Probation Services and not to come within 20 metres of Mr Toye upon his release.