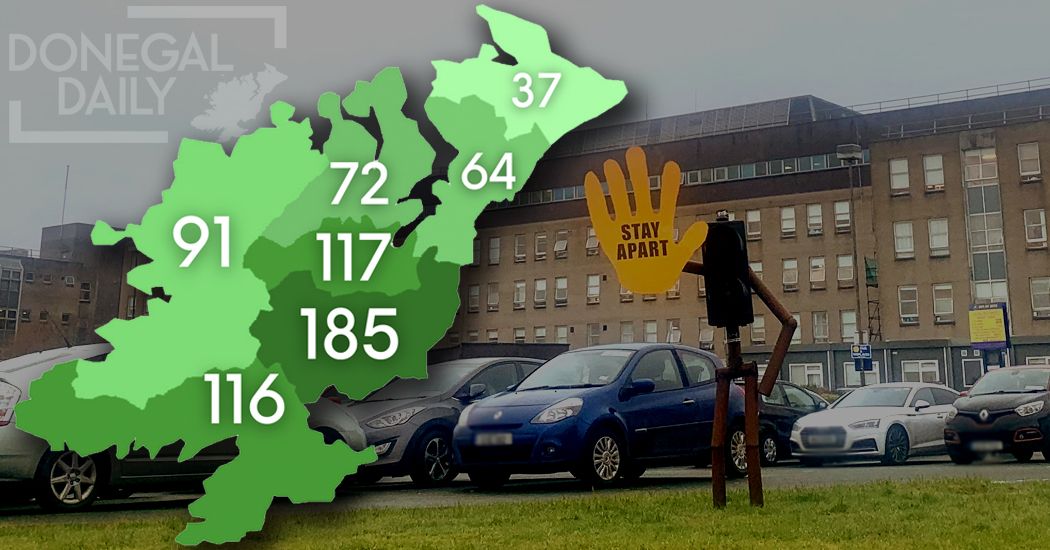 Communities are being urged to redouble efforts to drive down the incidence of Covid-19 as case figures reduce in all areas of Donegal.

The Covid-19 incidence rate has halved for the second week in a row in the Letterkenny area, new figures show.

The latest analysis of Covid-19 has been released tonight, showing the rates of transmission in each Local Electoral Area in Ireland from 19th January to 1st February. None of Donegal’s seven local electoral areas are in the Top 10 worst affected this fortnight. 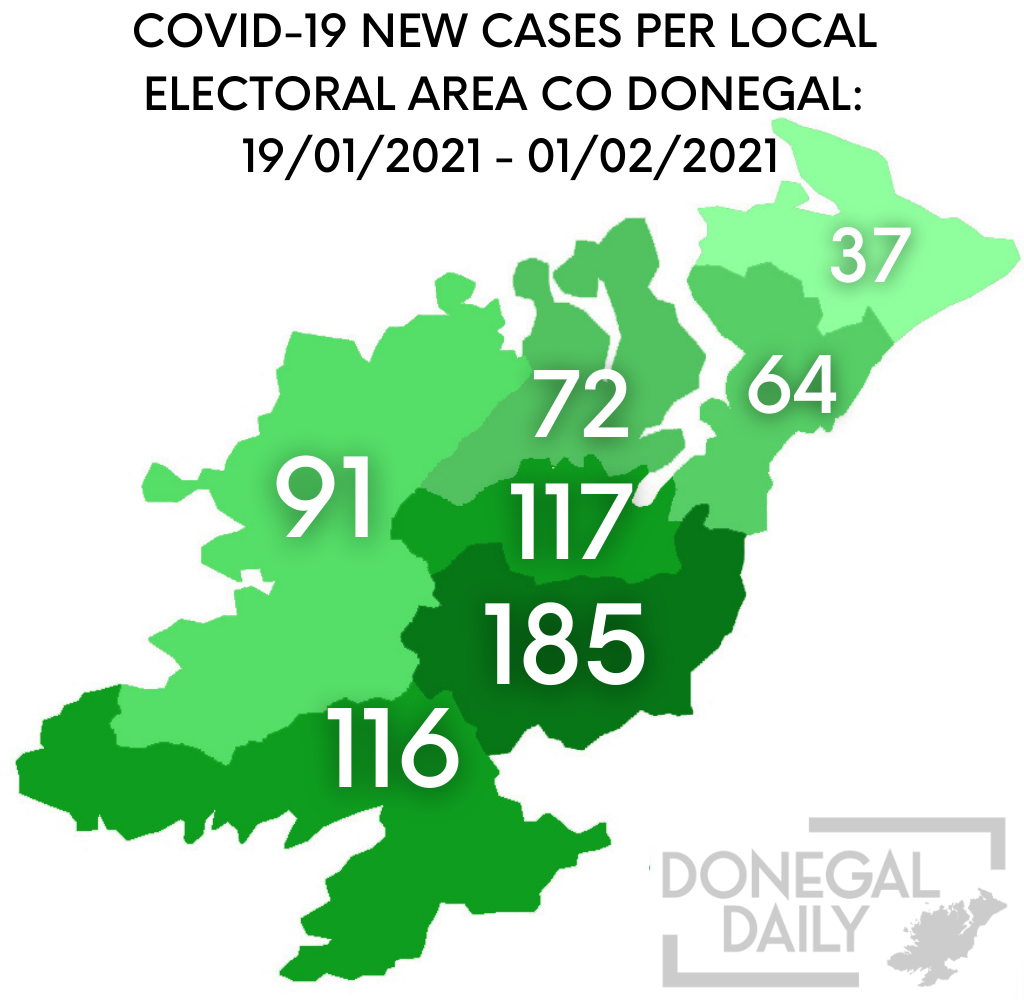 The Letterkenny LEA has made significant progress in lowering case numbers in the past two weeks. There were 117 new cases in the area up to 1st February. The 14-day incidence rate now stands at 393 per 100,000.

Two areas of Donegal continue to have incidence rates higher than the national average – Lifford-Stranorlar and Milford.

The Lifford-Stranorlar LEA has Donegal’s highest incidence rate. The region recorded 185 new cases of the virus, down from 282 in the last two weeks, while the 14 day incidence rate is now 715 per 100,000.

Despite case numbers being halved, Covid-19 rate remains higher than average in the Milford LEA. With 72 new cases in the two week period, the area’s 14-day incidence rate is 523 per 100,000 – down from 944 in the previous two weeks.

Confirmed cases are down again in the Inishowen peninsula.

Carndonagh/North Inishowen has Donegal’s lowest figures. There 37 new cases in the past two weeks- down from 55 in the previous period. The area’s 14-day incidence rate has decreased again to 218 per 100,000.

The last two weeks in January saw confirmed cases falling also in the Buncrana/South Inishowen region, which had a 14 day incidence rate of 286 per 100,000. There were 64 new cases of the virus detected in South Inishowen in the past two weeks.

Today Ireland reached another “significant and unwelcome” milestone when the total number of cases topped 200,000.

“We must all redouble our efforts and drive down the incidence of disease in our community,” said Dr Ronan Glynn, Deputy Medical Officer, Department of Health.

Professor Philip Nolan, Chair of the NPHET Irish Epidemiological Modelling Advisory Group, said: “The next few weeks will be difficult for all of us, as we bring the daily case levels below 1,000 per day, our progress will seem to slow down. It is now more important than ever that we continue our efforts to bring case numbers down towards the very low levels we achieved in June and July. In that regard, it is very good news that our estimates of the R number are well below one – in the region of 0.5 – 0.8.”