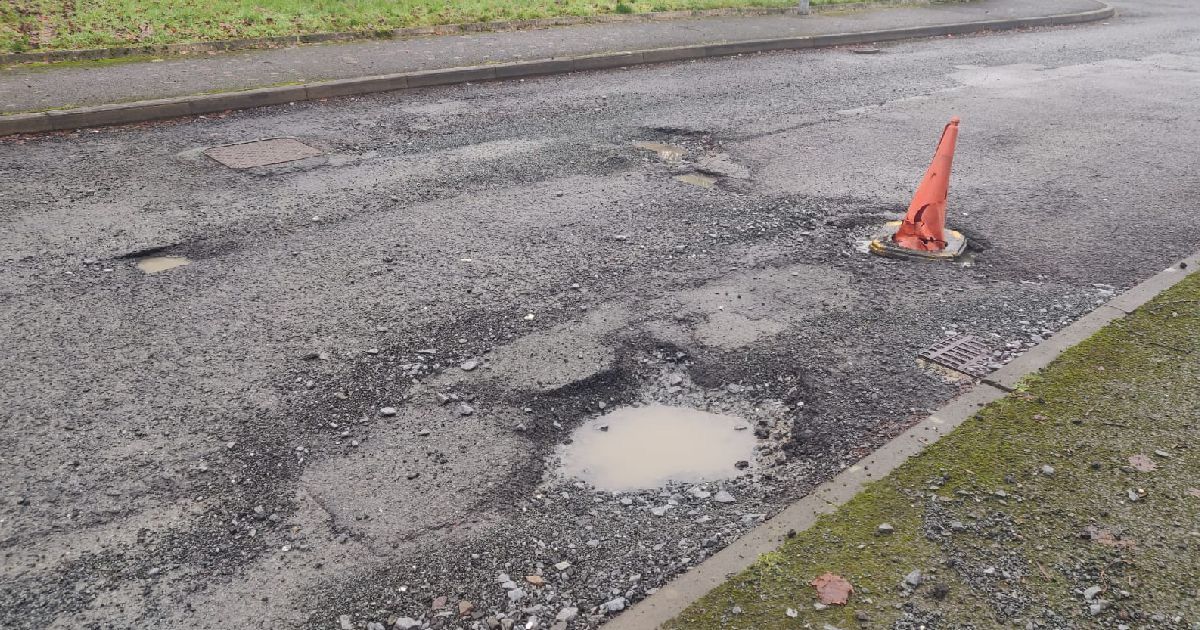 Solutions in sight for pothole problems at Ballybofey estate

Plans are underway to repair the worst section of a pothole-ridden estate in Ballybofey.

Residents of The Beeches say their estate is becoming “near impossible to drive in” due to the state of the road.

Deep potholes have led to burst tyres, bicycle accidents with children and near-misses with pushchairs.

Urgent pleas for repairs have resulted in some progress this week. Local Councillor Patrick McGowan confirms that the council has agreed to use bonds money to resurface the worst section along the entrance road serving The Beeches.

As The Beeches is a private estate it does not fall under Donegal County Council’s remit, but progress is being made for the local authority to take charge of the estate. 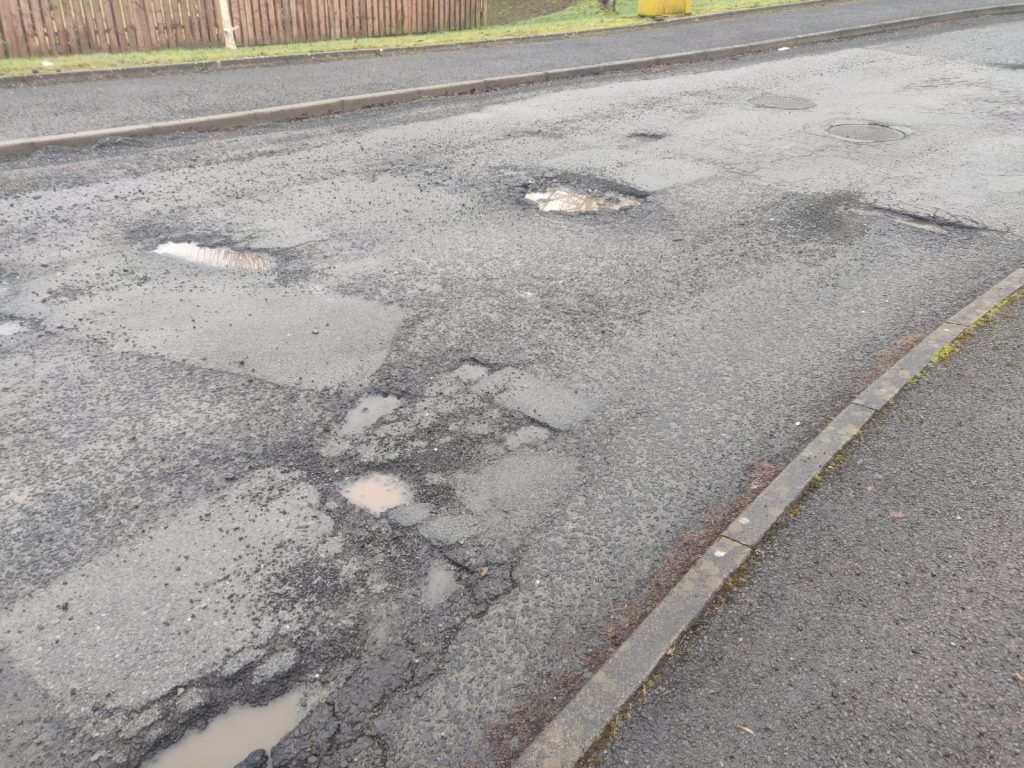 Potholes in The Beeches, Ballybofey

Cllr McGowan said “other outstanding works needed before the estate roads and other services are taken in charge are being negotiated between the new developer,  the Council and Irish Water who have “a few outstanding issues” yet to be dealt with.

Cllr Patrick McGowan proposed at Tuesday’s Lifford-Stranorlar MD meeting that the council Taking in Charge Unit top slice some of the bonds money now and resurface the worst sections. The motion was seconded by Cllr Martin Harley and agreed by all councillors.

Cllr McGowan said: “The Council have a tender document ready to go out on the next batch of tenders later this month with other outstanding road resurfacing works across the county.”

Over the years, local representatives have been getting regular calls from residents desperately looking to find solutions to this long ongoing problem.

“We were also informed that the Council is making steady progress with the taking in charge of other estates in the area such as Lawnsdale. We were informed that there is sufficient funding available for Lawnsdsle and the Council were pressing the bonds insurance holder to release the bonds ASAP so that the roads could all be resurfaced and any other issues sorted so the development could be finally taken in charge,” Cllr McGowan added.

Solutions in sight for pothole problems at Ballybofey estate was last modified: February 6th, 2021 by Rachel McLaughlin
Tags:
BallybofeyPotholes in The Beeches