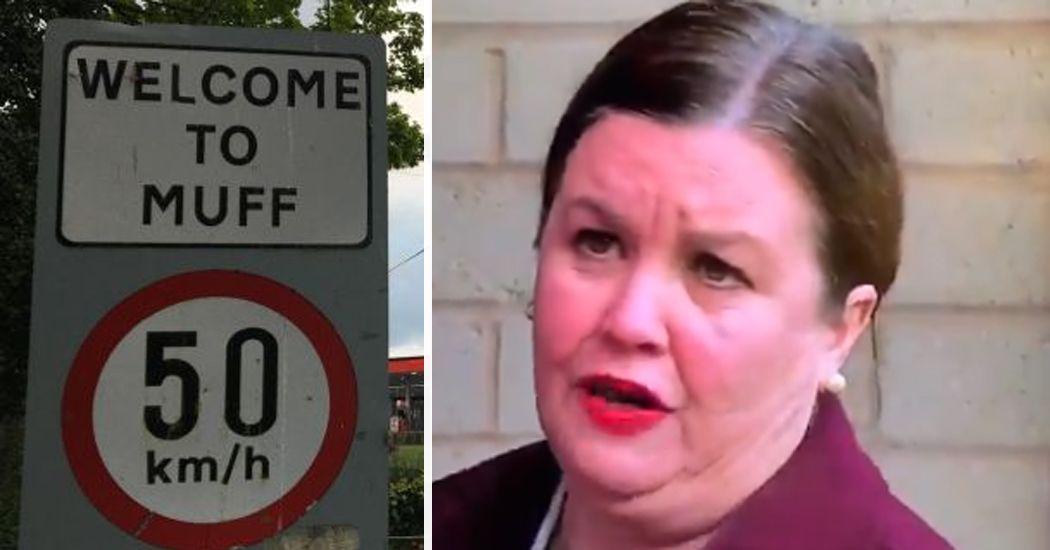 The border village of Muff in Donegal has gained some priceless promotion from Coronation Street.

Viewers were left in stitches at Mary’s Muff adventures which were recounted on last night’s programme.

A conversation about feminism between characters Tracy Barlow and Mary Taylor led to the hilarious mention.

#Corrie who ever wrote tonight’s episode PAY them a huge bonus- it was a fantastic hour off giggles – Mary stealing the scenes – hilarious welcome back to how Corrie should be x pic.twitter.com/hbOPjE5fNM

That’s when Mary miffs Tracy with this line: “You obviously haven’t heard about my trip to Muff, County Donegal. But I’ll set the scene – I was wearing ski pants. And as the clock struck 12, very little else.”

Viewers everywhere praised the ‘Best line of the night’:

“The comedy was on point, well done to the writers and to the actors, nearly choked on Mary‘s muff!!!,” wrote one fan on Twitter.

Another said: “@itvcorrie have really pull out the stops with their script tonight. The best line in a soap award ever, goes to the legend @APattiClare for her tale about her trip to muff… I will never look at salopettes in the same way again!”

“@APattiClare just spat out my Prosecco when Mary stayed in Muff 😆😆😆 brilliant humour on tonight’s #corrie is it a new writer ?” said another viewer.