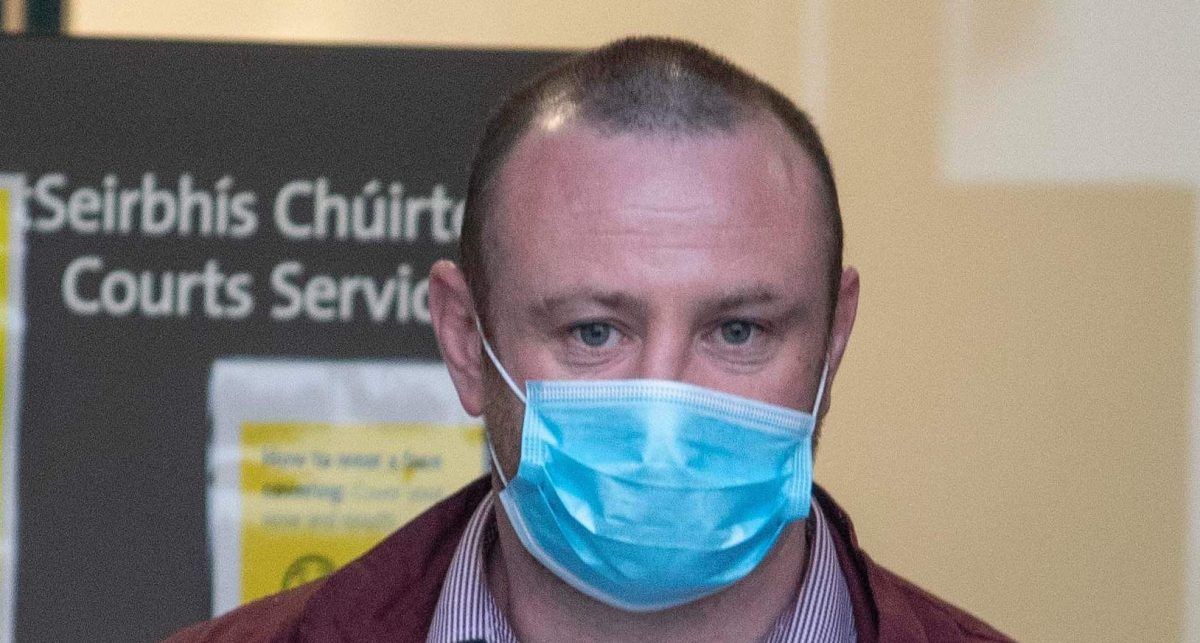 A man who continued to beat another man while he was unconscious after seeing him speaking to his ex-partner has escaped going to jail.

Letterkenny Circuit Court was told that Davenport was so badly beaten that he had to have plates and screws fitted into his face when he was treated in hospital.

The pair chatted and Mr Davenport told Cantwell that he had met his ex-partner earlier in the evening.

Both Cantwell and his victim ended up in the Tul Na Ri nightclub later that night.

The men had a drink together at the bar before Cantwell asked Mr Davenport outside to have a chat.

Mr Davenport said the next thing he remembers was waking up with Cantwell on top of him choking him as he struggled to breathe.

He was covered in blood and initially, he went to NowDoc and then to Altnagelvin Hospital in Derry.

A medical report read out in court revealed how the victim suffered from double vision and that his cheekbone was so badly fractured that he had to have metal plates and screws fitted.

Garda Conroy told the court that CCTV footage was obtained and it showed Cantwell suddenly attacking his victim who didn’t have time to respond.

Further footage showed Cantwell continuously punching Mr Davenport as he held him with one hand and punch him in the face with the other hand while he was unconscious.

In his victim impact statement, Mr Davenport, now aged 39, told he had returned to his hometown of Carndonagh for Christmas as he was working in Dublin.

At the time of the attack, he was starting to get his life back together after his marriage had failed and was looking forward to the New Year.

However, since this, he has undergone months of counselling, sits in corners when he is out with his back to the wall.

He has increased the security in his house and keeps a weapon beside his bed for his protection.

He has also stopped socialising in his hometown in case he meets Cantwell again.

“I hope when Anthony hears this it will make him think twice about doing it again,” added Mr Davenport.

The accused apologised to his victim and said he had €10,000 in compensation in court to offer Mr Davenport.

In a detailed plea on behalf of his client, barrister Timothy Morrow said a Probation Report had showed that his client was in an emotional state and that he had taken issue with Mr Davenport after he had split up with his own partner.

Mr Morrow said his client was now aware that he shouldn’t have done what he did but that alcohol had most certainly contributed to the events on the night.

He said he has issues with alcohol but that this was no excuse but that he had cut down on his alcohol intake since the Covid pandemic.

He still supports his three children and is currently renovating a house which allowed him to make the offer of compensation to his victim.

Passing sentence Judge John Aylmer said the most aggravating factors were the serious injuries to Mr Davenport as well as the physical and psychological damage caused.

He said it was further aggravated by the fact that it was not completely spontaneous but that there was a “significant drunken premeditation.”

He said he accepted the attack was out of character and it was as a result of the excessive consumption of alcohol on top of the emotional turmoil in his life at the time.

He said it was the separation from his partner of 17 years in which he appeared to be overwhelmed by an irrational jealousy having seen the victim in the company of his estranged partner.

He said he placed in the mid-range of such offenses and one which deserved a sentence of three years in jail before mitigation.

However, Judge Aylmer said that apart from some minor offenses in his early twenties, Cantwell had been crime-free for the past 20 years.

That coupled with his early plea, the remorse shown and the offer of €10,000 compensation to the victim saw the court reduce the sentence to one of two years in jail.

However, Judge Aylmer said he was suspending the entire sentence because the attack was so out of character and also on the agreement that he entered a bond to keep the peace, abstain from alcohol and go under the directions of the Probation Services.