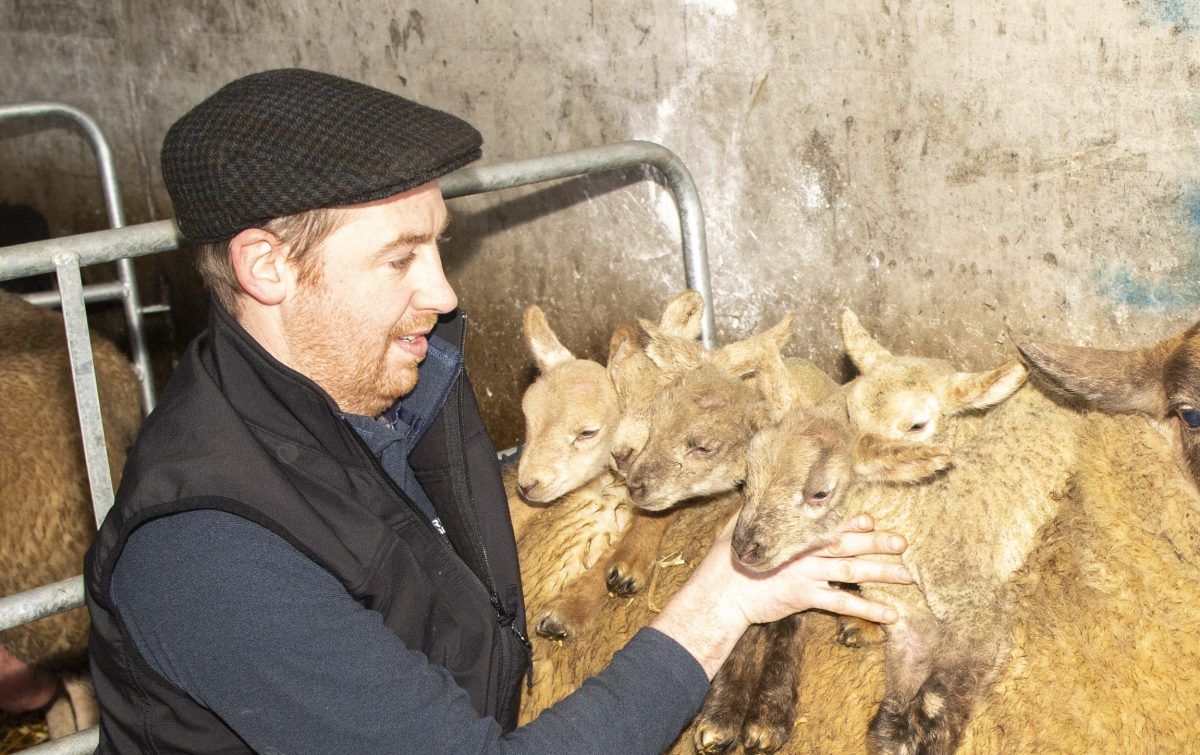 A young Ballybofey farmer is still in shock today after one of his ewes gave birth to FIVE healthy lambs.

Describing it as a ‘one in a million’ chance, Kieran ‘Dippy’ Bradley (31) said the ‘mother’ and quintuplets are ‘flying around.’

An earlier scan of the Suffolk crossed ewe predicted that she would produce four lambs, however, Kieran got five big surprises when she gave birth in his shed on Tuesday evening.

“I’ve never even had triplets before, let alone quintuplets,” he told Donegal Daily.

“Quads (four lambs) are fairly common, but I’m told that there’s only a one-in-a-million chance of quintuplets – and the fifth lamb rarely survives. But all five of mine are flying.”

Kieran credits his young assistant, Darragh Dolan, with the discovery of the fifth lamb.

“I genuinely thought the fourth lamb was the last, so I moved on to another ewe that was giving birth to twins,” he recalls.

“But, Darragh called to me and said ‘there’s another one in her’. I said ‘no way’ and, sure enough, he puts his hand in and pulls out another one. If it was not for young Darragh, I would have missed the last one and it wouldn’t have survived.” 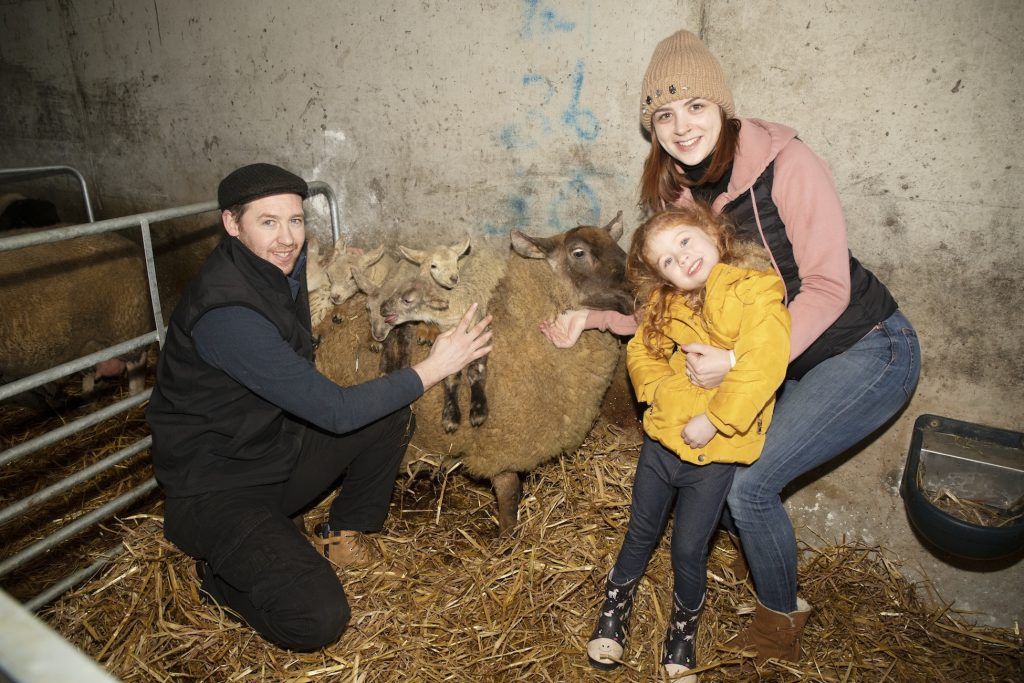 Kieran and his wife Amy Bradley and their daughter Kira (4) with their five new healthy lambs and ewe. (North West Newpix)

He said his little daughter, Kira (4), has fallen in love with the quintuplets and was yesterday busy trying to choose names for them.

“She’s currently at play school and, so far, can only think of naming the lambs after her friends. So, we’ve got an Edward and a Mary so far,” he laughed.

Modest Kieran, who also works part-time at the local Stranorlar Mart, describes himself as an accidental farmer.

“It was only after I went to Australia in 2011 that I actually took an interest in farming,” he explained.

While obviously delighted with his four new little ewes and one ram lamb, Kieran said it’s not just a good news story for him.

“In these strange times, this is not just good news for me, it’s good news for everyone. We all need a wee lift now and again, and hopefully my little quintuplets will make someone smile,” he concluded.