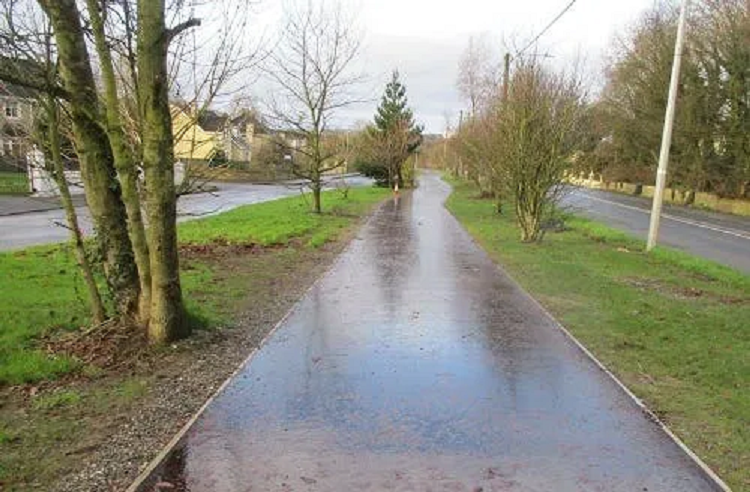 The 4km path has advanced considerably and finished surfacing is now being applied to sections of the route.

It remains on schedule to be completed by summer 2021.

The Lifford-Strabane link, estimated at £1 million, is Route 3 of the overall North West Greenway Network project spanning across Derry, Donegal and Tyrone.

In December 2016 Derry and Strabane District Council, Donegal County Council, the Department for Infrastructure (NI) and Sustrans (the UK-based cycling and walking charity), were awarded €14.8 million funding from the EU’s INTERREG VA programme, administered by the Special EU Programmes Body (SEUPB), to construct 46.5kms of cross-border greenway. Match-funding has been provided by the Department for Infrastructure in Northern Ireland and the Department of Transport, Tourism and Sport in Ireland.

These routes link Derry to Buncrana via Bridgend; Muff to Derry via Culmore; and Lifford to Strabane. Once completed, this will result in a greenway network of approximately 126.5km in the North West, of which 76.5km will be classified as high quality greenway.