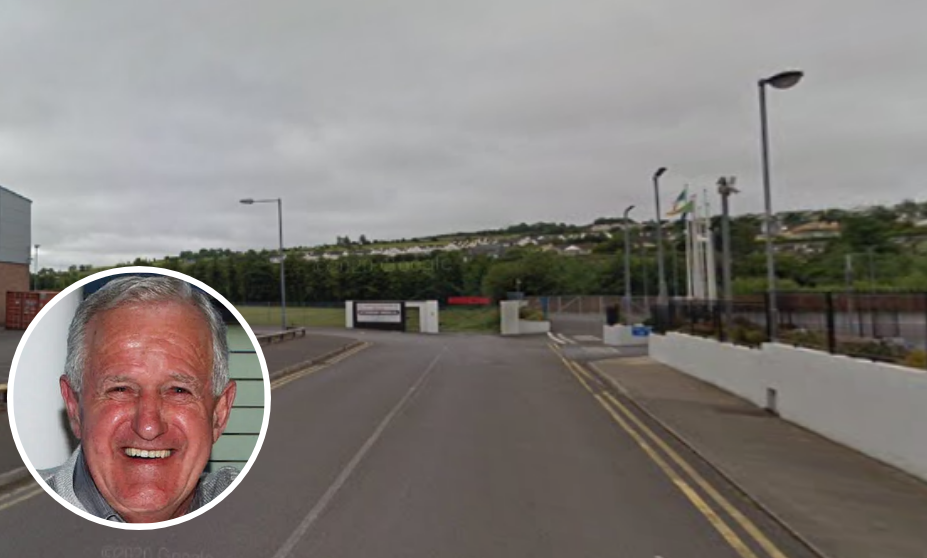 Councillor Gerry McMonagle proposed the renaming of Leckview Lane’ at the monthly meeting of the Letterkenny-Milford Municipal District.

The road is in private ownership, but the County Council say that if the owner applies to have the road taken over the renaming can then be considered.

Cllr McMonagle confirmed that he had spoken with the owner who he says is ‘quite happy to do whatever is needed and he won’t stand in the way’.

The motion was seconded by Councillor Ciaran Brogan.

“He was a great family man who was Letterkenny born and bred,” Cllr McMonagle said.

“He worked for Donegal Oil for 50 years and he had a great influence on a lot of young people in the town – he was a man of high integrity.”

Cllr McMonagle recalled being a ballboy at the Brandywell during ‘Busty’s time at Derry City.

Eunan Blake died in May 2017 and is fondly remembered.

The road in question leads to Leckview Park, the home of his home club of Letterkenny Rovers, where he was a trustee, the club president and had honorary life membership.

He played, coached and managed at League of Ireland level and was an IFA Cup winner with Derry City in the 1960s, while he had spells at Sligo Rovers and Finn Harps before managing Athlone Town and Finn Harps.

As a player, he won six inter-league caps for the League of Ireland team.

Eunan – who was inducted into the Donegal Sports Star Awards in 2011 – was assistant manager at Athlone Town in 1975 when they drew 0-0 with AC Milan at St Mel’s Park in the UEFA Cup.

Cllr McMonagle said: “All of us are aware of Busty’s achievements. He was a great role model for young people in what he achieved and with his dedication to the sport.”