Two communities are mourning the passing of a well-known Donegal man who made his home in Mayo.

He was affectionately known as Donegal Paddy in Mayo where he had a very successful career as a singer and musician. 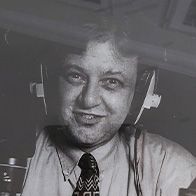 He is sadly missed by his sons Patrick and Jason, daughter Tanya, daughter-in-law Cathy, grandchildren, sisters Eithne and Marie, family circle, relatives, neighbours and many friends in Mayo and Donegal.

His removal will take place from the Kilcoyne Funeral Home, Thomas Street, Castlebar on Monday 15th February at 8.45am arriving at the Church of Mary Immaculate, Stranorlar for Funeral Mass at 12 noon with burial afterwards in Drumboe Cemetery.

You may view the Funeral Mass on https://www.churchservices.tv/stranorlar