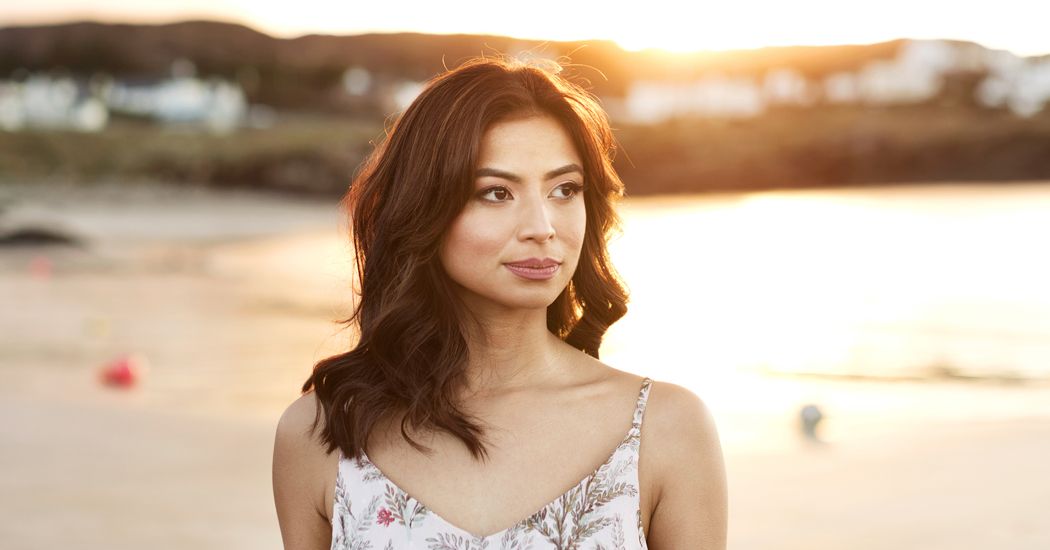 Filipina actress and singer Glaiza De Castro is about to release a brand new music video showcasing Donegal as the dream escape.

The young TV and film star is a multi-talented artist with millions of fans who are eager to see her latest work from Ireland.

Not only did she produce a video here, but Glaiza got the surprise of a lifetime when her Irish boyfriend proposed to her at Ards in December.

Her new single, titled ‘Bank Holiday’, is out now and the music video will officially launch on 18th February.

Filmed and directed by Paul Doherty, the video has a fully local team behind it. The film is set to be a celebration of the beauty and freedom that Donegal’s wild landscape has to offer. 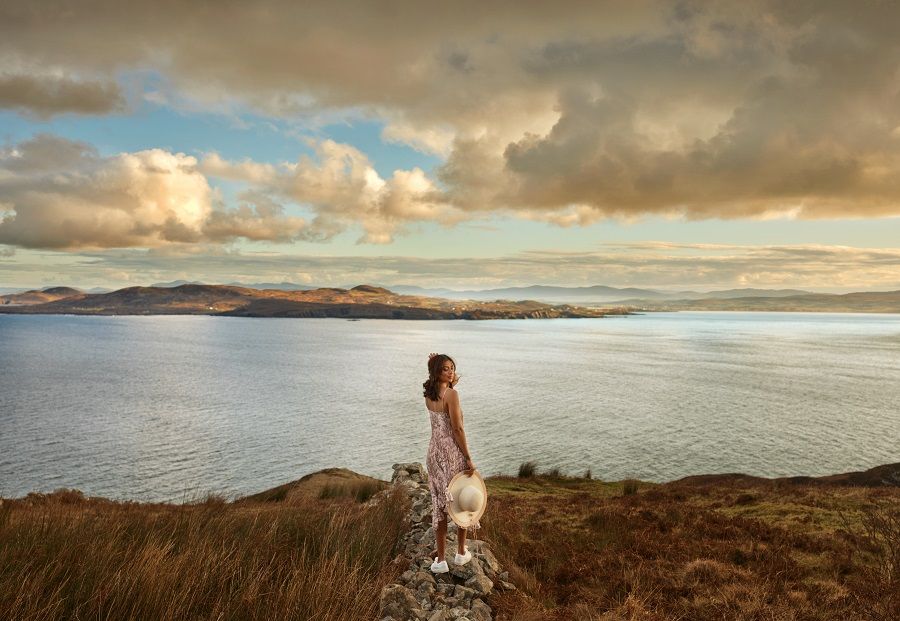 Glaiza’s video was inspired by the joy of her pre-Christmas engagement. Her partner, David Rainey from Belfast, is a surf coach and best-known as the owner of the Brew Box coffee van in Portnablagh.

The couple had been together for two years before David popped the question at a sunrise picnic at Ards Friary.

Speaking to Donegal Daily/Donegal Woman De Castro said: “When I arrived in Donegal, he was still my boyfriend, on the third day he proposed to me, that’s when the idea of making a music video came to mind.

Glaiza sought out professional photographer Paul Doherty to ensure her perspective of Donegal manifested exactly how she sees it – majestic and magical.

“I wanted to make the audience feel that they are part of the experience,” she said.

“During this pandemic, everyone is in their houses and we are restricted from travelling, so I thought it would be nice, through this video, to make them feel like they can travel.” 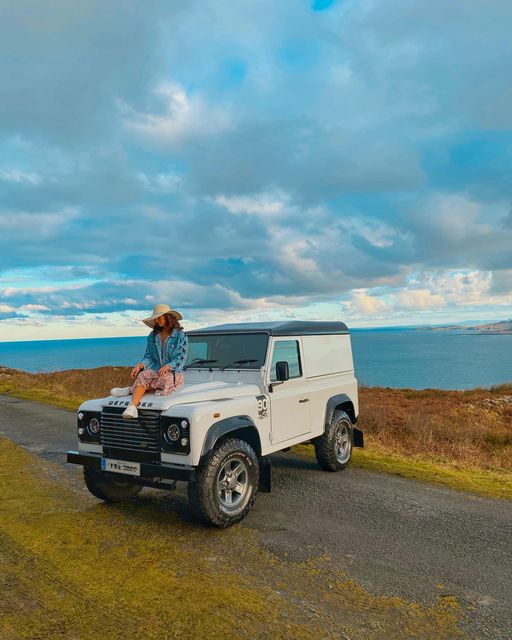 The video follows Glaiza as she steps out of the dark forest at Ards and explores stunning locations such as Horn Head, Falcarragh beach and Portnablagh.

To her, Donegal is a place to escape to while daydreaming and her song Bank Holiday was inspired by that longing.

She said: “Filipinos aren’t really familiar with Bank Holidays. I thought it’s an interesting title to use. Back in 2019 I was studying music in London. I was a little stressed and it was also the first time I was away from home for a long time.

“I went to the park and observed that it was a Bank Holiday, and I was so inspired by the people outside. I was thinking I would like to be in that position, be on holiday and not think about deadlines, song structures, assignments or projects.

“To me, that was the dream, being in Donegal.”

Glaiza had visited David in the northwest once before, and while her own holiday home in Baler is set in a tropical paradise, Donegal now holds a very special place in her heart.

“It’s always so amazing to wake up everyday with such beautiful scenery,” she said. 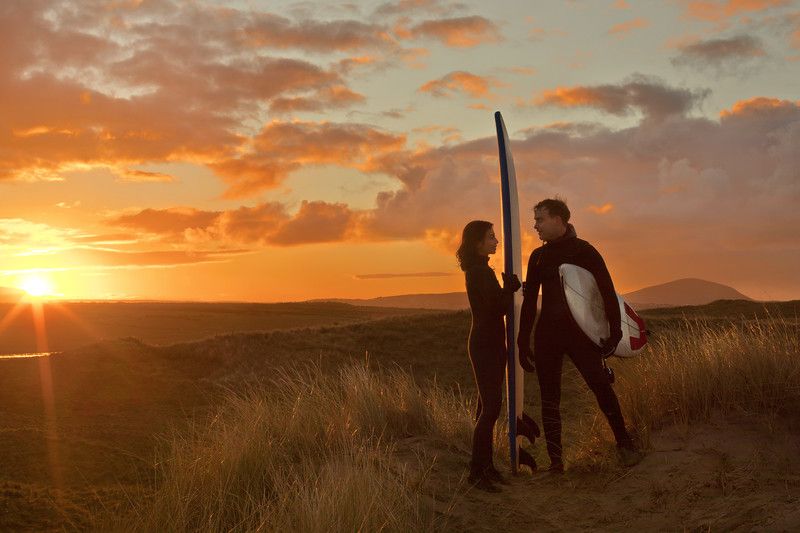 Glaiza is currently back in the Philippines and quarantining before cameras roll on her new series, Nagbabagang Luha. Under Covid safety restrictions, the cast and crew will work in a ‘bubble’ for 30 days.

Glaiza admits that her excitement to return to work is also mixed with uncertainty of how filming in the ‘new normal’ will be.

Music will continue to be her creative outlet on the side, she said. “I always tend to do things on the side, especially when I’m doing a series. It’s always so tiring. Music for me is a way to breathe and to balance myself. It’s like therapy for me. I’m really excited to share this song with everyone.”

As for return trips to Donegal, Glaiza is taking a ‘wait and see’ approach to travel restrictions.

“Hopefully I will return when things are easier for us. Donegal is such a beautiful and big place so of course I haven’t really explored it all. I’m looking forward to when I can go back again,” she said. 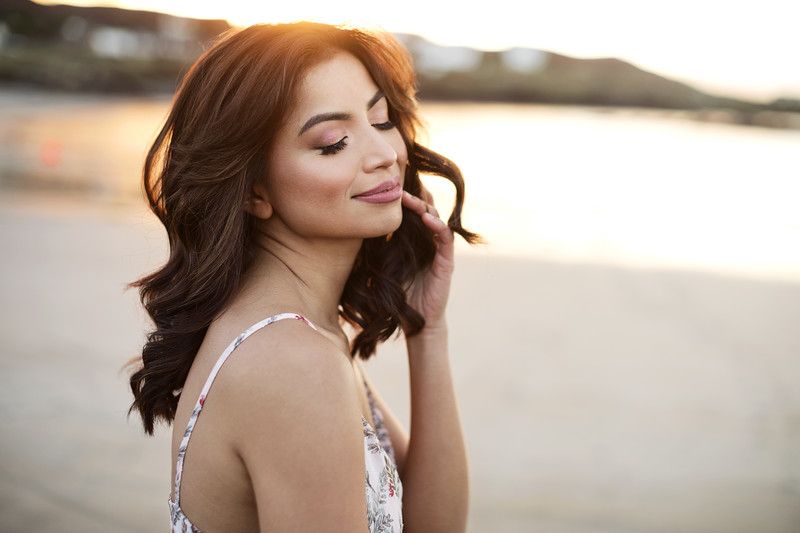 Ahead of the Bank Holiday video release, director Paul Doherty said: “It was a fantastic opportunity to work with such a huge star and to see the concept coming to life. Glaiza and her fiancé David are really easy going and lovely people so with them and the full team we had the shoot ran like clockwork. When I heard the song first I knew that Donegal would be the ideal location with the almost dreamy landscapes and light that we get in this wee corner of Ireland!”

The production team behind Bank Holiday: