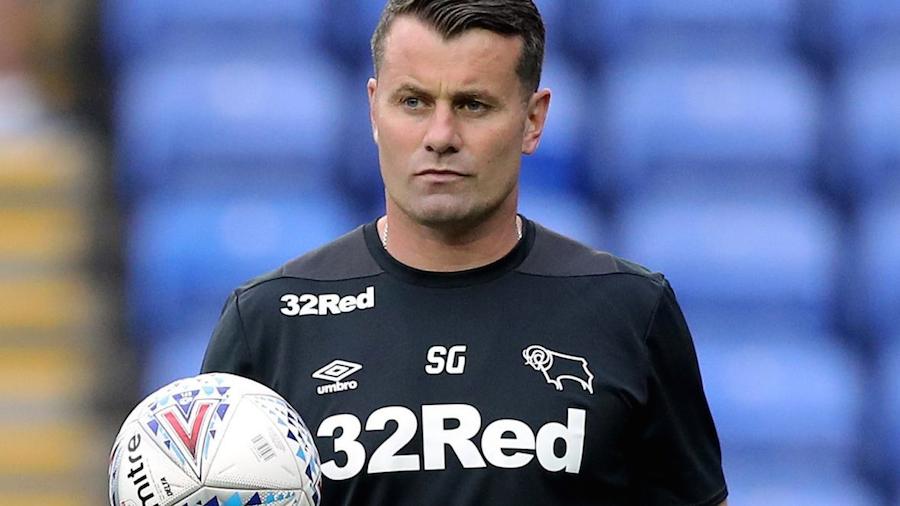 SHAY Given was credited with an inventive corner kick routine that led to a Derby County goal at the weekend – and the ex-goalkeeper is relishing his new role at the Rams.

The Liffordman was given the nod by Derby manager Wayne Rooney after Lee Gregory’s goal in the 2-1 win over Middlesbrough.

“It’s pleasing when a set-piece comes off,” Rooney said after the game.

“Shay Given showed me it at first, and told him to work on it. We worked on it, and it paid off. Set plays are his control, so it’s great for him and us when they work.”

Loved this at the weekend from Derby. Inventive, difficult to set up against and works perfectly. pic.twitter.com/khDImT6QTg

Given was first recruited by then Derby County manager Frank Lampard and he has stayed at the club since.

Having initially been the goalkeeping coach, Given was elevated by Rooney and the former Republic of Ireland international is now the first team coach.

“I always saw my long-term plan, if you like, to be more as a coach or an assistant and getting involved with outfield players as well,” Given said.

“I am happy to be involved with the outfield players, team selection and set plays and just enjoying working with all the players rather than just three or four of the goalkeepers. It is a nice change for me.

“Frank Lampard gave me the opportunity to be the goalkeeping coach and I was really happy to come to a great club like Derby County, so that was great for me.

“The next step for me now is coaching the outfield players and having a little more input than before as well, helping the gaffer with selection and different things, and just giving your ideas on certain players and systems.”

Derby are at Wycombe Wanderers this evening and have won four of their last five outings.

Given said: Wayne has brought in people he can trust and knows different positions and different personalities as well within the coaching staff which I think helps as well.”

“It has worked really well, and it is easy to say that after the run of form we’ve been on recently. The group we have got, together with the staff and players, have to buy into the ideas and what we are doing and they’ve done that. They have been brilliant.”