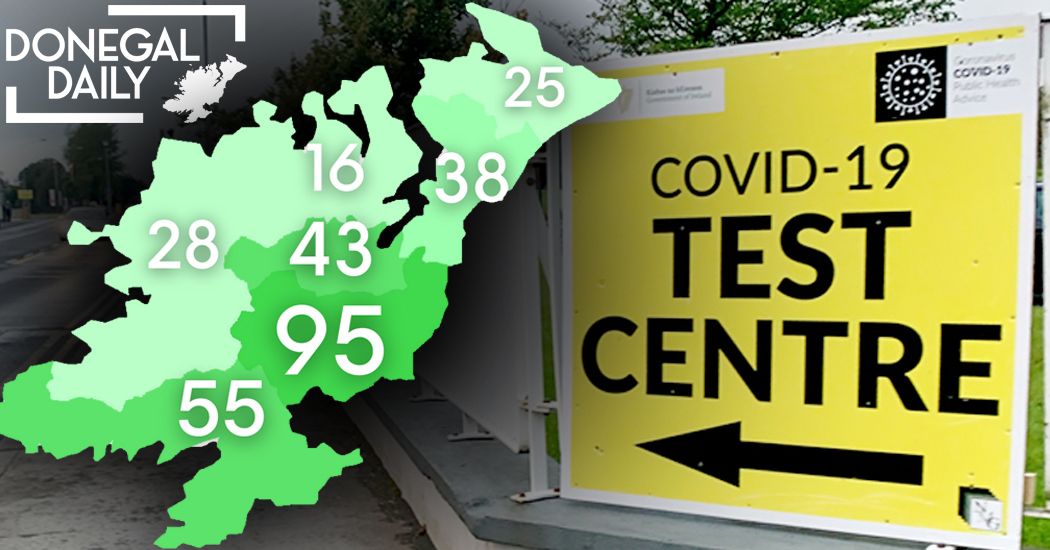 The turnaround continues as the county’s efforts to suppress the virus have resulted in Donegal dropping off the list of Ireland’s worst-affected areas.

Although there is progress nationwide, health officials warn that the situation remains precarious and caution is needed in households and other settings.

New analysis released last night shows that six of the seven LEAs in Donegal have incidence rates lower than the national average.

The Lifford-Stranorlar region remains at above-average levels. The LEA recorded 95 new cases of the virus in the two weeks up to 15th February, down from 147 in the last two weeks, while the 14 day incidence rate is now 367 per 100,000.

The Milford area has shown the greatest level of improvement in recent months. There 16 new cases in the past two weeks- down from 40 in the previous period. The 14-day incidence rate in Milford LEA is now 116 per 100,000.

Case numbers are continuing to fall in the Letterkenny LEA. There were 43 new cases in the area up to 15th February. The 14-day incidence rate now stands at 144 per 100,000.

Confirmed cases are down again in the Inishowen peninsula.

Carndonagh/North Inishowen had 25 new cases in the past two weeks- down from 30 in the previous period. The area’s 14-day incidence rate has decreased again to 147 per 100,000.

The last two weeks saw confirmed cases falling slightly in the Buncrana/South Inishowen region, which had a 14 day incidence rate of 170 per 100,000. There were 38 new cases of the virus detected in South Inishowen in the past two weeks.

Case numbers have also reduced in the West Donegal Glenties LEA. With 28 new detections (down from 57 in the previous analysis), the 14-day incidence rate is 117 per 100,000.

“Although we have made great progress, the situation remains precarious.

“Almost 90% of cases in Ireland are the B117 variant. The increased transmissibility of this variant is apparent in the current profile of the disease in households, with one in three household contacts of a confirmed case testing positive for COVID-19.

“This underlines the need for people to exercise caution in households and other settings. In particular, people should isolate immediately on experiencing any symptoms and contact their GP.”