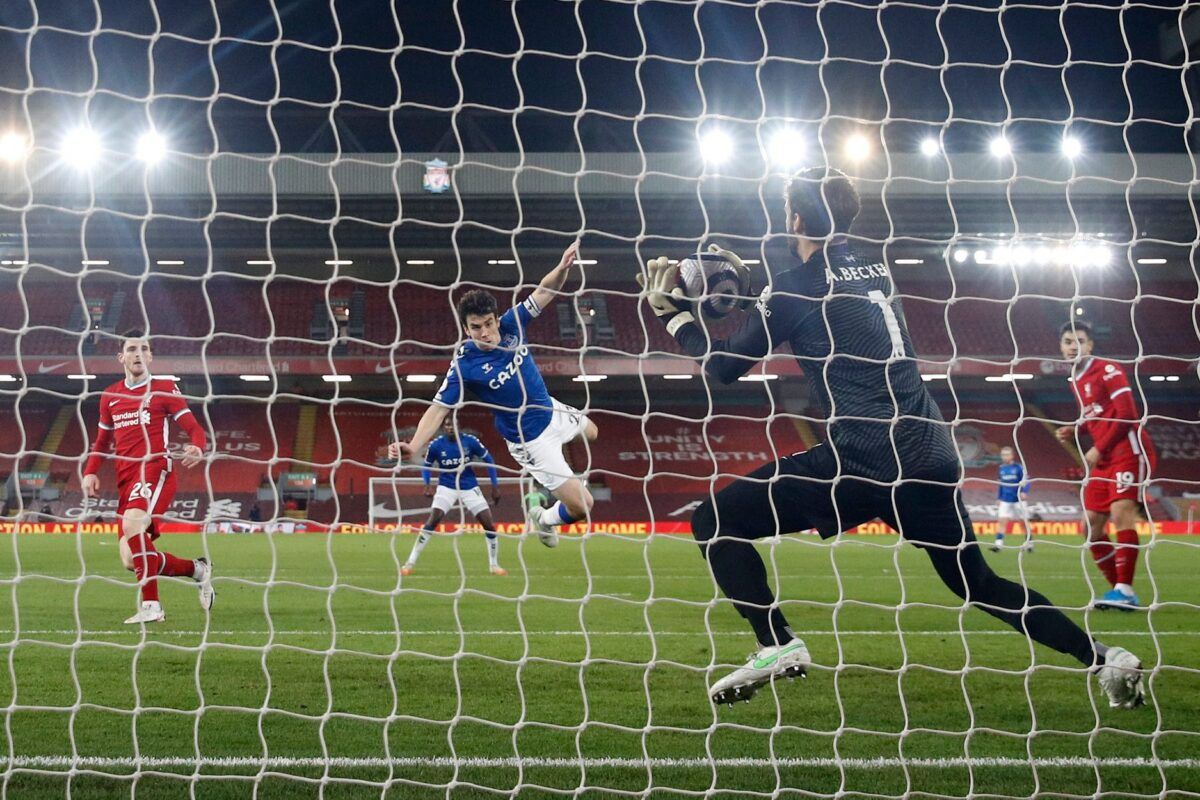 SEAMUS Coleman is eyeing up a European spot after Everton defeated derby rivals Liverpool this evening.

Richarlison and Gylfi Sigurdsson scored in a 2-0 win that was Everton’s first win at Anfield in 21 years and their first derby win of any kind since 2010.

“It’s relief more than anything because it’s been too long,” the Killybegs man said after this evening’s win.

“It’s an amazing feeling. The players put in an unbelievable shift. We’re delighted.

“Coming here all the years and letting ourselves down, but more importantly letting the blue side of the city down. It’s been hard.

“You can put a face on it and try to brush it off, but i’ve been in the city for ten years and it’s been difficult to take. You feel sorry for the fans. Fed up coming out with the same clichés after losing.”

Richarlison netted after three minutes but it wasn’t until Sigurdsson tucked home from a controversial penalty seven minutes from time that the Toffees could rejoice.

Coleman had a big chance to double the lead, but was denied by Alisson, the Liverpool goalkeeper, who thwarted the Donegal man’s headed effort.

Coleman said: “When you’re holding a lead, it’s difficult to be brave and try to play form the back. We didn’t play as much as we’d like, but we got the result.”

Everton are level on points with Liverpool and have a game in hand.

Captain Coleman says Carlo Ancelotti’s side must build on the win.

He said: “We have to move on as quickly as possible. We need to start moving the football club forward.

“We need to be better all round to go where we want to go. We want to get European places and that’s got to be the aim between now and the end of the season.”