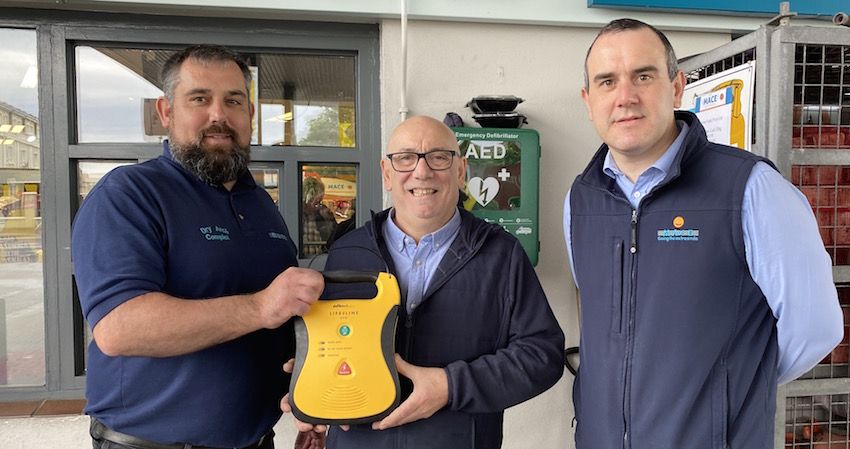 Two Letterkenny men have been recognised for their assistance in helping to save the life of a local man.

In May last year, Buncrana man Charles Duffy became unwell and suffered a cardiac arrest at the Jim Rodgers Business Park near Bonagee.

Word got through to the staff at the nearby Dry Arch Service Station that a man was in distress.

Thankfully the station is fitted with a life-saving defibrillator.

Two employees from the station, Joe Langan and Damien McCormack, rushed to the scene and worked on Charles until he came around again.

They were helped by Letterkenny Glass employee Michael Devenney who was already on the scene.

Thankfully the ambulance service arrived a short time later and took over and Charles later made a full recovery. 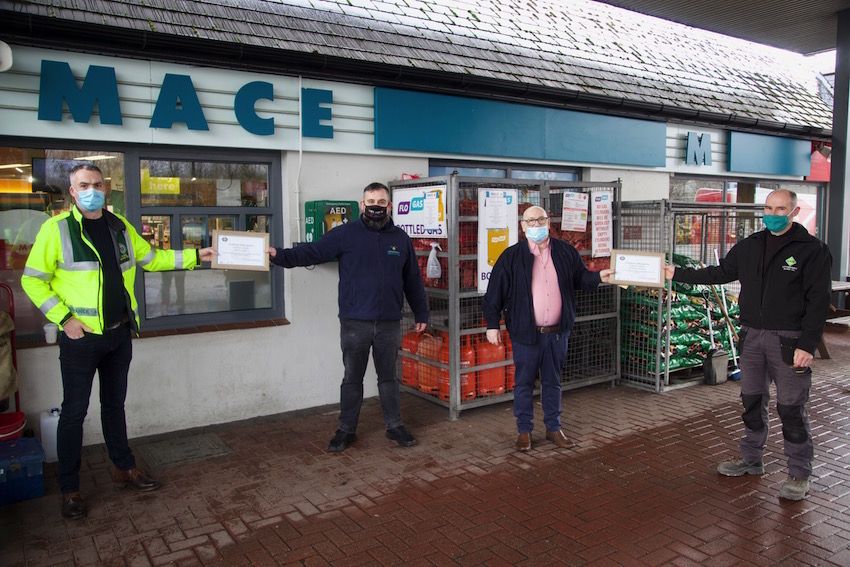 Earlier this week the National Ambulance Service presented a Certificate of Recognition to the two lads and to the service station in honour of their life-saving heroics.

One of the men who came to Charles’ aid said he could not stress enough the importance of defibrillators and having staff trained in the use of them.

“We were delighted that we had the defibrillator and we were able to help Charles. It was very nice to be recognised by the ambulance service but the main thing is Charles is well again.

“Without the training and the defibrillator it would not have been possible to help him and I cannot stress the importance of both having the equipment nearby and having had the training to use it,” he said.

The National Ambulance Service (NAS) said they were delighted to present these certificates of recognition.

A spokesperson said the NAS are fully aware that it takes a system to save a life and our system is designed with the patient at the centre of this.

“The successful outcome for the patient in this case is testament to the system and the early intervention of all involved.

Out-of-hospital cardiac arrest (OHCA) where resuscitation is attempted affects approximately 2,200 people every year in Ireland. The chances of surviving are greatly increased when the Pre-Hospital resuscitation ‘Chain of Survival’ is activated:

The NAS is supported by 275 Community First Responder schemes, responding to particular types of medical emergencies (i.e. cardiac arrest, respiratory arrest, chest pain, choking and stroke) where it is essential for the patient to receive immediate life-saving care whilst an emergency response vehicle is en route to the patient.

These schemes are supported by dedicated NAS staff, Community Engagement Officers located in the West, South and East of the country.
The NAS would like to take this opportunity to wish the patient well going forward and indeed to those that assisted in achieving a positive outcome.