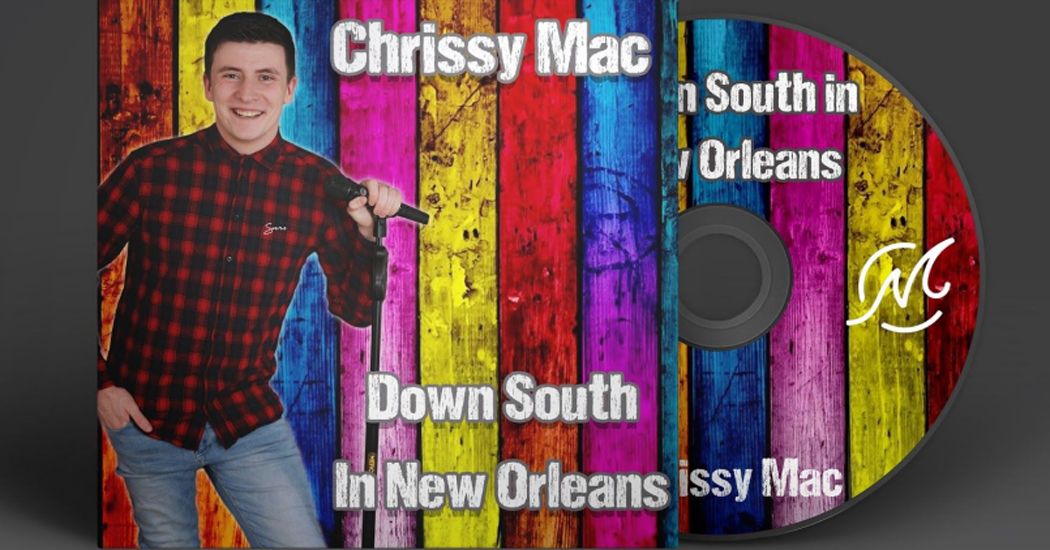 Chrissy Mac wants to get everyone dancing again with new track

Country singer Chrissy Mac is hoping to lift spirits with his brand new single “Down South In New Orleans”.

The young musician, who is from Lurgan and now resides in Castlefin, wants to get people dancing again with his upbeat tempo track.

“Down South In New Orleans” is available to request on all radio stations and available to download on iTunes.

The song was originally recorded by a band call “The Band” in 1976 but with the help of Wayne Golden, who produced the track, they brought this classic old track into the 21st century to suit the current county music scene.

Wayne and Chrissy worked hard on bringing this track to life with a Cuban, Calipso and Irish arrangement. It is sure to be one of those songs that once you hear will have you tapping your toes and trying to stop yourself from dancing.

This is the third release from Chrissy Mac, who has done so much in the short time since he had begun his career, from touring with the great names of Irish country music including Doninic Kirwan, Philomena Begley, Kathy Durkin, Ray Lynam and Louise Morrisey to name a few as well as putting together his own lively band that had been entertaining audiences from the dance circuit to the wedding scenes before Covid struck.

Chrissy Mac has a bright future ahead as he has his dancing dates to fulfill along with the tour of Scotland and the UK and is in talks with music promoters in countries including New Zealand, Spain and France to appear at music festivals. This young entertainer is energetic and has had people compare him to the likes of the great Joe Dolan, Brendan Shine and many other showband greats.

The “Down South In New Orleans” single will be included in Chrissy Mac’s debut album to be launched in the near future. A fun music video will be available shortly after the single release.

Chrissy Mac wants to get everyone dancing again with new track was last modified: February 23rd, 2021 by Staff Writer