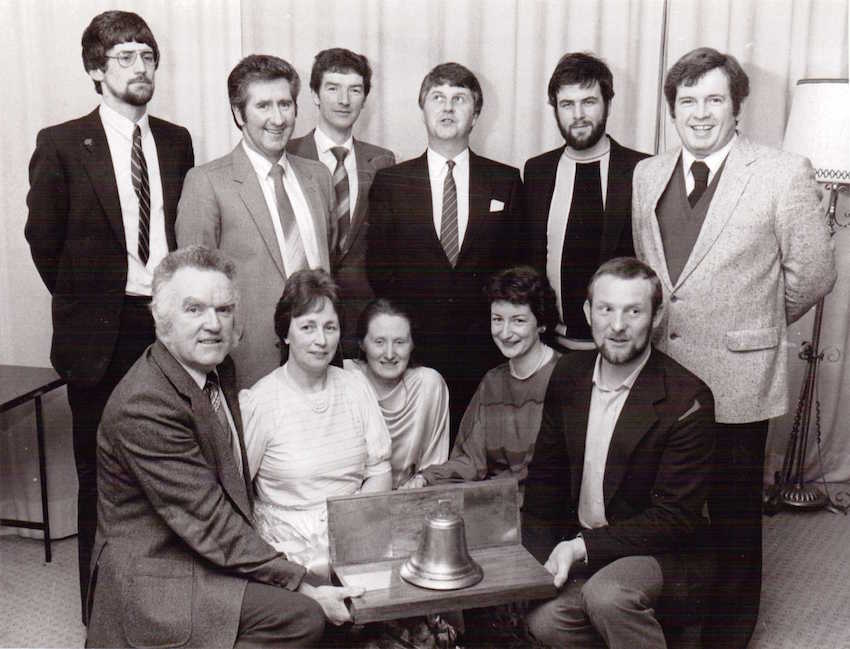 The members of Sheephaven Sub Aqua Club have expressed their sincere condolences to the family and friends of the late Neil Bracken, who had a profound impact on the development of the club over 40 years ago.

Neil Bracken’s life story is one of commitment and fulfilment; his natural attributes of athletic ability and determination were honed with skills that he obtained in his professional career as a member of An Garda Síochána, as a Committee Member of the Irish Judo Association, a Pilot and a Scuba Diver.

It was to Neil Bracken that the founding members of Sheephaven SAC turned in 1977 to train them in the fledgling sport of Scuba Diving, shortly after Neil’s transfer to become the Sergeant at Falcarragh Garda Station.

Prior to his arrival in Donegal Neil Bracken had been involved in the foundation and deployment of the Garda Sub Aqua Unit.

Consequently he was the ideal man to take the first Sheephaven trainees under his guidance as they progressed through the Diving Grades that were in force at the time.

In addition to his involvement in the foundation of the Garda Sub Aqua Unit Neil was also at the forefront of recreational Diving in Ireland, as his Irish Underwater Council (CFT) membership number 11 would indicate.

In 1984 Sheephaven SAC formally recognised Neil Brackens role in the foundation of the Club with a presentation of a Ships bell from the Duke of Abercorn’s private yacht, a vessel that had been lost off the Swilly Rocks in Lough Swilly.

The bell was found on a club dive by Noel Brennan and made a fitting tribute to Neil Bracken in 1984 who then very generously returned it to the Club, where it proudly remains today.