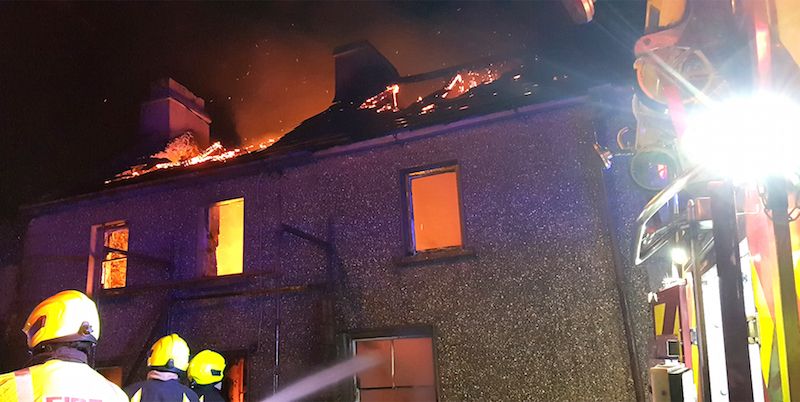 The people of Rathmullan wrapped their arms around local man Gerry Ward when his home was gutted by fire earlier this week.

A Go Fund Me page which was set up to ‘Help Get Gerry Ward Back On His Feet’ has already raised almost €12,000 in only five days.

And that’s before donation boxes in Carbery’s shop, the Post Office and Rathmullan Pharmacy have been counted.

Thankfully Gerry, 76, escaped the blaze and nobody else was hurt, but after losing all his possessions in his lifetime home, he was left standing with literally only the clothes on his back.

Gerry’s niece Kelly McKinlay said: ‘it was a freak accident, but we’re so glad he got out.

“Gerry never married, and his only brother – my dad, passed away in November. He’s lived his whole life in that house and everything he owned was in it. He just didn’t deserve this.

“He’s such a lovely man, and well-liked in the community, so it’s amazing to see how Rathmullan has rallied round. He is very touched, and just can’t believe it.”

The fire broke out the same day that Rathmullan featured on RTE Six News in a celebration of the local community coming together to create films for their annual Rathmullan Film Festival, which was moved online due to the pandemic.

And that same community got behind Gerry to prove that it’s people and community that really matter in these tough times.

To donate: visit Go Fund Me ‘Help Gerry Ward Get Back On His Feet.’