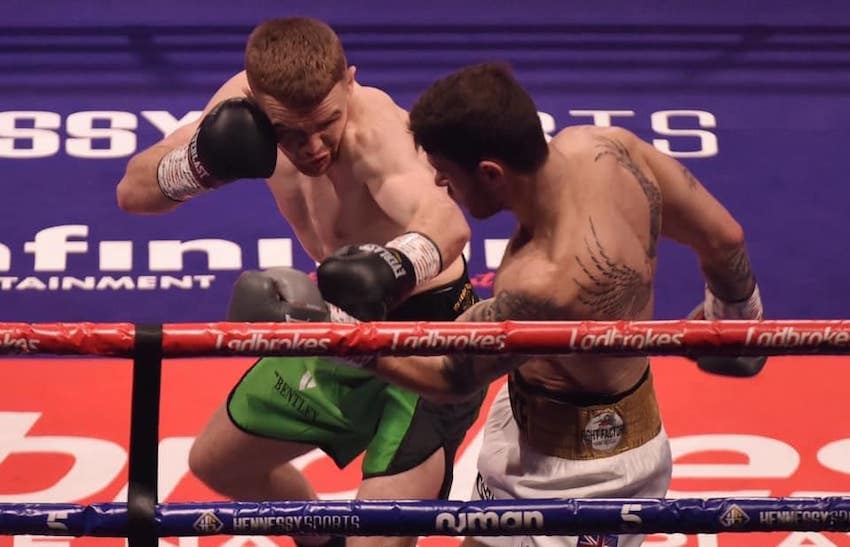 BRETT McGinty will return to action for his second professional contest on May 22.

Hennessy Sports have confirmed that a Channel 5 televised card has been arranged for May 22.

McGinty and fellow Irish boxer and Sheer Sports Managed fighter Stevie McKenna have been included on the bill.

The St Johnston man debuted with a win over Jan Ardon in Redditch in December.

The tough Ardon was an upgrade on what most new pros could expect for their debut, but having had a long wait for his bow, McGinty just wanted to trade leather.

“I feel that it’s a fight that will stand to me and I’m looking forward to building on it,” he said last month.