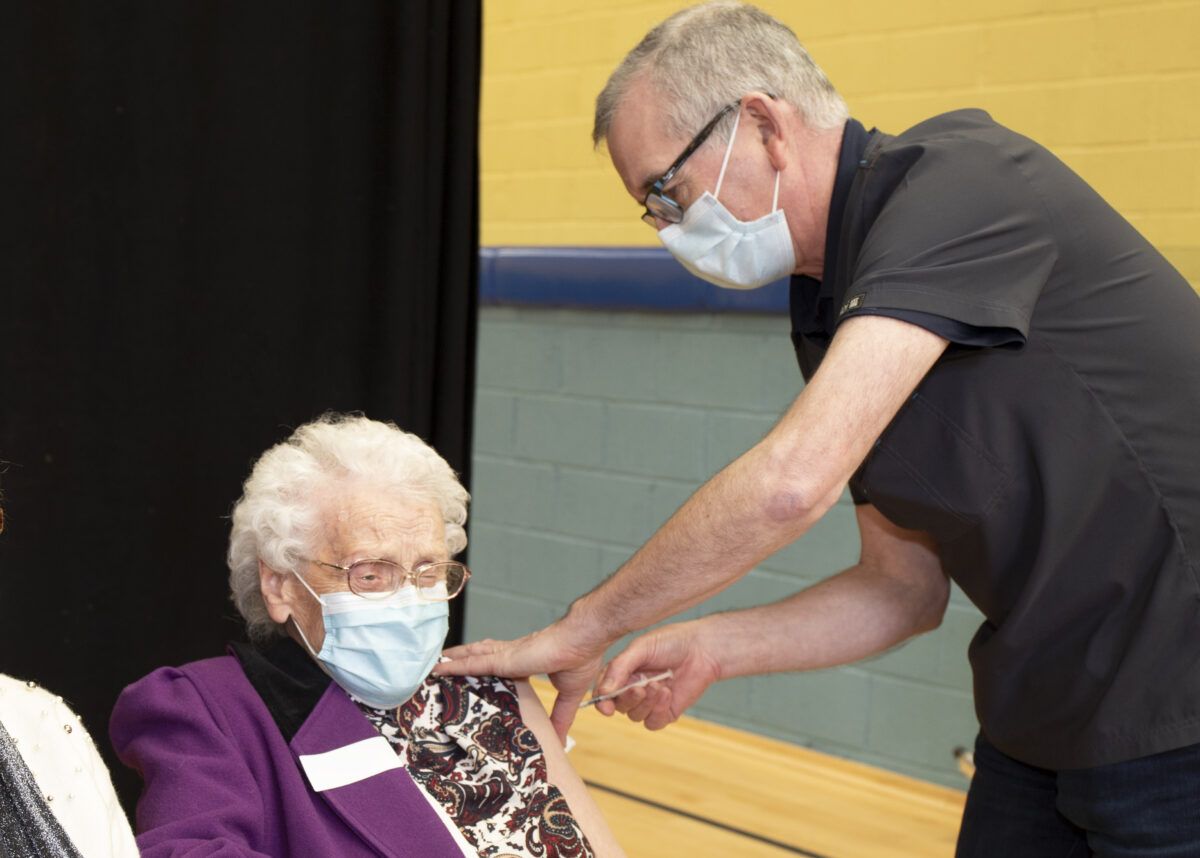 The 105-year-old received her first dose of the Covid-19 vaccine at the CPI Centre in Castlefin.

It was her first taste of the outside world in almost six months and the Spanish Flu pandemic survivor is longing for the day she can entertain visitors again.

“If it keeps the virus away, I don’t mind at all.”

Ruby declined the use of a wheelchair, opting instead to make the short walk to the health centre.

“I prefer to get the exercise,” Ruby remarked as she arrived with some fanfare. 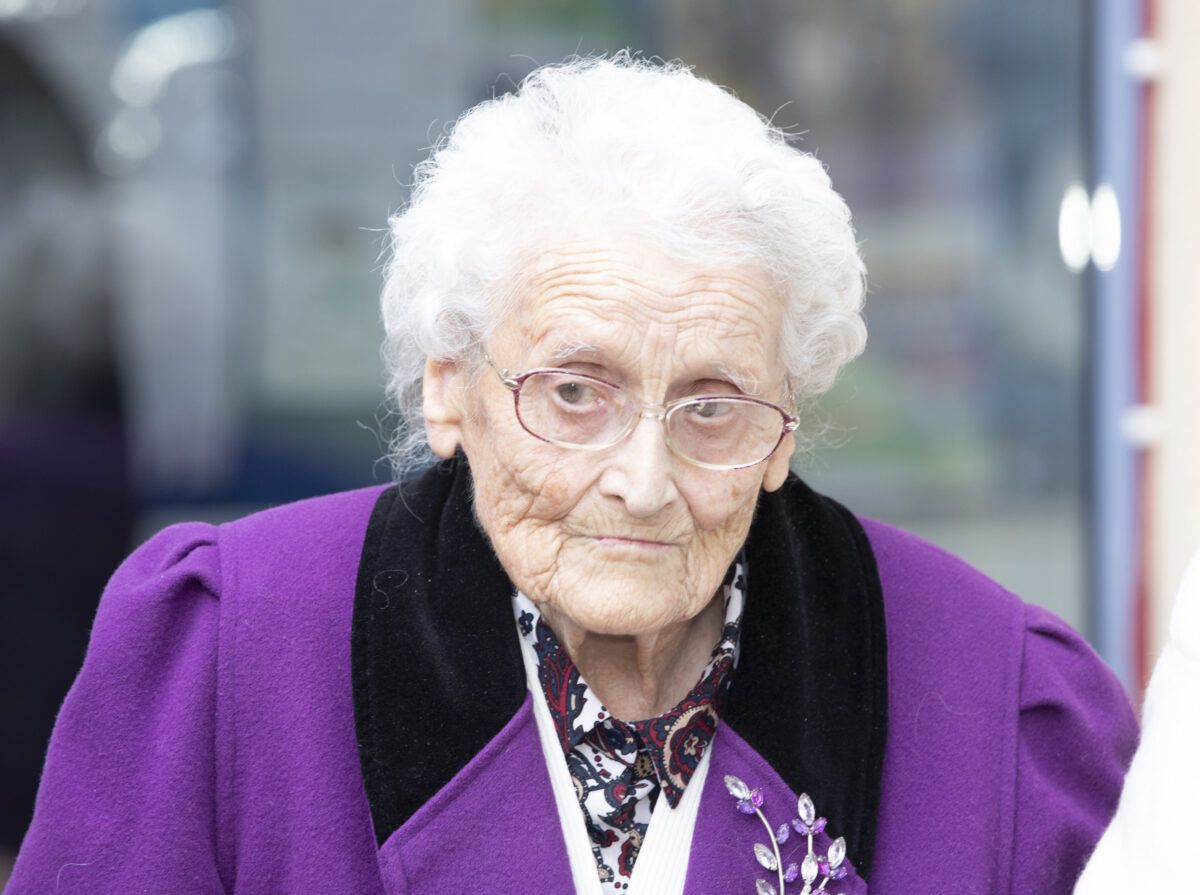 Ruby lives in Letterkenny with her niece, Margo Butler, who accompanied her for the vaccine, and hasn’t been outside since September.

“It was too cold in the winter time. I wasn’t out this long time.

“If we got rid of this virus now, I would like to see everyone and have visitors come to see me again.

“I would come to Castlefin often and go to Jimmy McGlynn’s for my dinner.”

After receiving her vaccine, Ruby took off her face mask as she got into the car and said: “Imagine at my age being muzzled like this!” 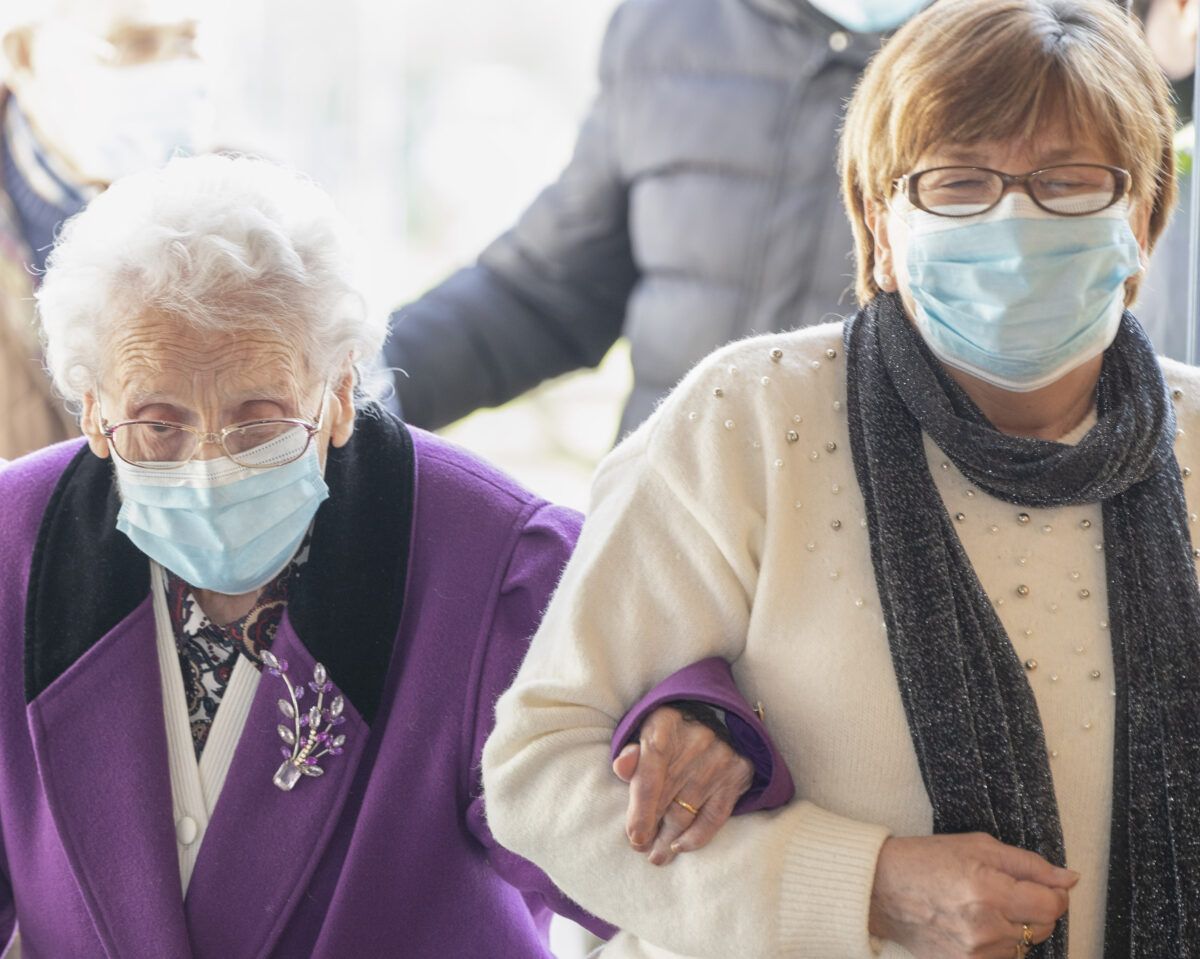 The vaccine was administered by Dr Ciaran Kelly, who has been treating Ruby since he first entered practise in the border town 35 years ago.

Dr Kelly said: “She is an unbelievable woman. I remember when she first came into me. We were working out of the old place and she lived next door. She arrived into me one day and said: ‘You’re in the hot seat now’.”

Around 140 first doses of the vaccine are to be administered at the facility throughout today.

Dr Kelly said: “The take-up has been really, really good, with the exception of those who are sick.” 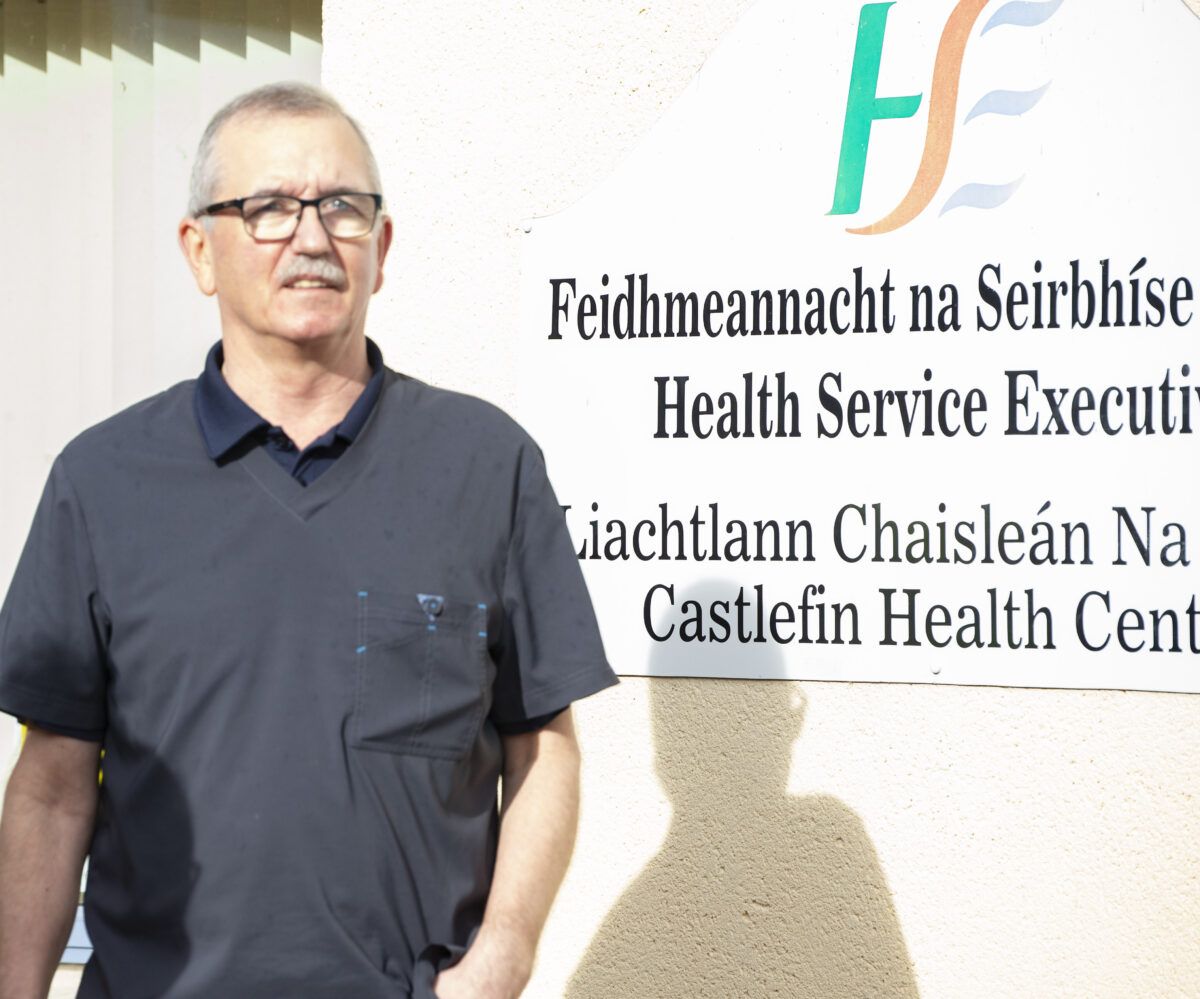 Ruby celebrated her 105th birthday on New Year’s Eve and is the oldest living citizen in Donegal.

Born in 1915, Ruby survived the Spanish Flu pandemic of 1918, but lost two siblings, James and Mary Elizabeth, who were among the 23,000 Irish people to lose their lives in the pandemic.

Ruby is a pioneer all her life but, aged three, was given poitín when she contracted the flu in 1918 following the deaths of her siblings.

She said: “It saved me, but I never broke the confirmation pledge after that.”