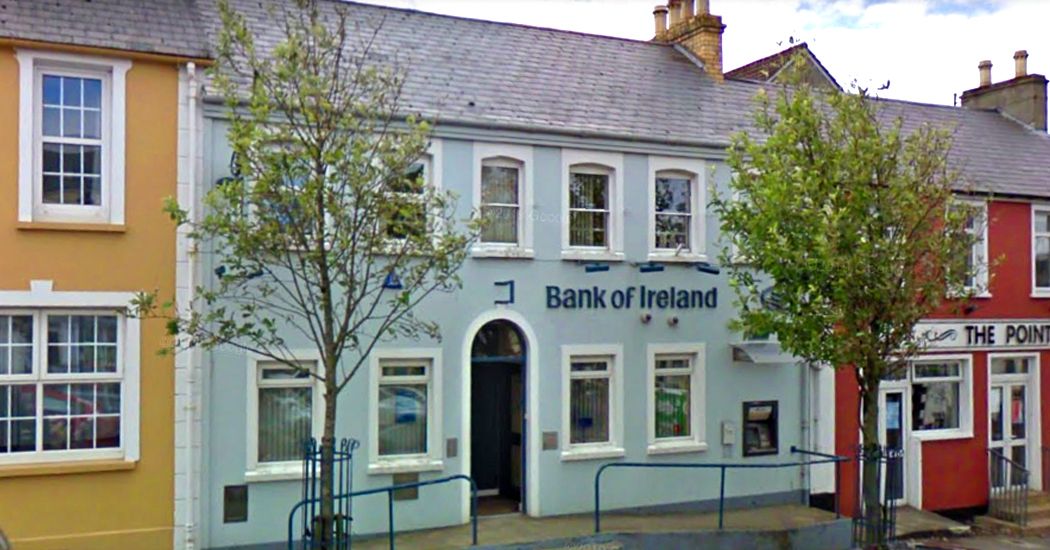 Breaking: Five Bank of Ireland branches to close in Donegal

Five Donegal branches of Bank of Ireland are to shut later this year.

The bank has announced that Bunbeg, Bundoran, Dungloe, Glenties and Moville will close.

Staff at all affected branches have been notified, Bank of Ireland said.

The bank announced this morning that it will close 88 branches in the Republic of Ireland and a further 15 in Northern Ireland.

Closures are set to begin from September 2021. The bank has agreed to a new arrangement with An Post to protect local services.

Francesca McDonagh, Group CEO of Bank of Ireland, said the firm has reached a tipping point between online banking and in-person services.

Ms McDonagh said “Technology is evolving, and customers are using branches less, year on year on year. COVID-19 has accelerated this changing behaviour, and we’ve seen a seismic shift towards digital banking over the past 12 months.”

Ms McDonagh said footfall at the branches due to close is down more than 60% since 2017.

LUH was ‘close to being closed down’...