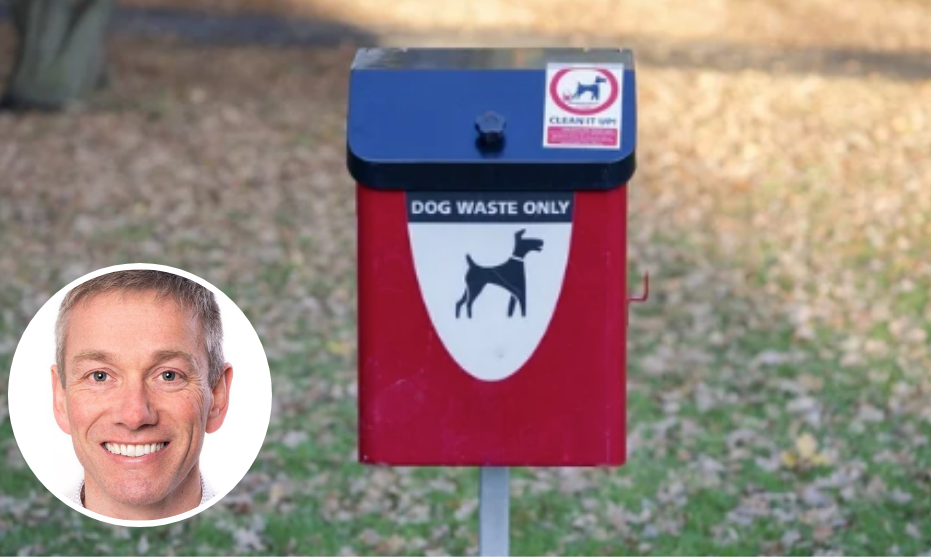 Councillor calls for urgent action on dog fouling in Donegal

A DONEGAL County Councillor is calling for more economical measures to deal with the increasing problem of dog fouling.

Cllr Sweeney highlighted areas such as the footbridges at the bypass in Ballyshannon, which he says have become ‘notorious’ for incidents of dog fouling.

“It is very hard to ask volunteers to go out and pick up the mess,” Cllr Sweeney told Donegal Daily.

“There are a lot of are was like this that could be lovely. We do have a few clean-ups planned with the regeneration group, but these just clean it up for a short time.

“I am raising this to try to get people to think about it and maybe embarrass them into doing something about it. This isn’t really about a heavy-handed law either, it’s aout doing the right thing.”

A motion from Cllr Sweeney to be discussed at next week’s meeting asks that the MD ’discuss the ongoing issue of dog fouling and plan what we can do to tackle the problem in our communities.’.

Cllr Sweeney is also awaiting a response from the Donegal County Council in respect of the number of fines for dog fouling that have been issued by the authority over the last ten years.

“This is an age old problem that won’t go away,” he said.

“This is about prevention. The act of recouping money from this, very much like the littering, is an expensive method of preventing.

“Last year, there was only one successful litter fine in all of Donegal. Five more are before the courts at the moment. But that one was a fine of €250 and costs of €1,000 – how much would it have cost to get that €1,250 recouped?

“It is of no benefit to the Council. There are signs up saying that the maximum penalty for dog fouling is €3,000. No-one has ever paid that in this county.”

Cllr Sweeney said he has seen an increase in dog fouling in his local area recently.

“This is all part and parcel of being a responsible pet owner,” he said. “More and more people are getting dogs for company or for pets. But the cute, cuddly puppy you buy, they do the business just like the next dog.

“A lot of this is about educating people and getting them to take personal responsibility.

“People think it’s okay if the dog just goes into the grass that it’ll rot away or something, but it’s not. There was a case down the country recently where a child became very sick and it was due to dog fouling. It can cause serious illness.”

Cllr Sweeney suggested the idea of something like a ‘Golden Poop Scoop award’ in Donegal as a means of ‘having a bit of craic but with an underlying message’.

“We just have to get people to think more seriously about it – and even embarrass them into it if necessary,” he said.