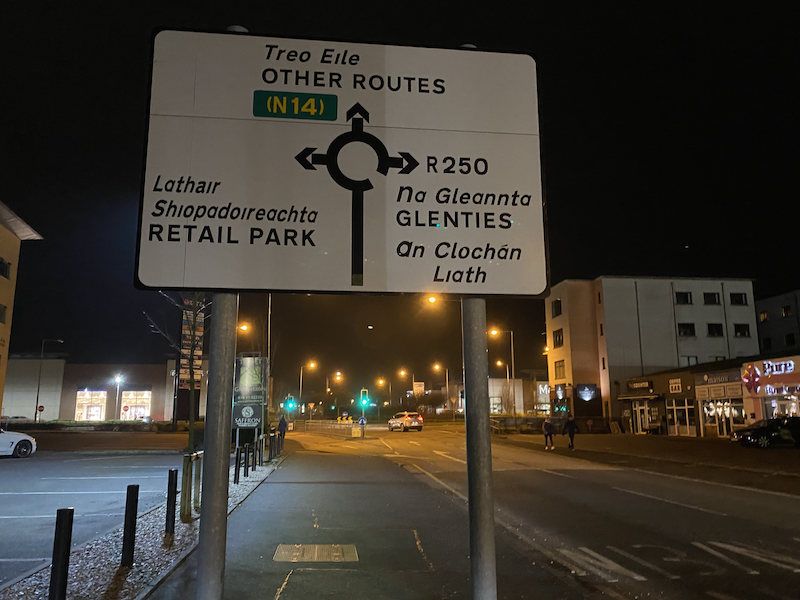 This coat is still on the tight side, it should be hanging on me by this sage. I bought it in the Donegal Creamery before Christmas. It’s high viz in black it dissolves them reasons for not getting out in the dark evening that it might rain.

It’s warm and waterproof. I bought a thermal hat the same day. I spend nearly as much time looking for the hat as I do walking.

If there’s anything that this Covid has done it has levelled out notions that people like myself have about getting out for a walk. We pigeonhole ourselves about the oddest things. There’s more out walking than ever. 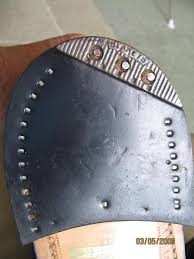 Those that were once behind the wheel in traffic jams are now out on a rush hour of a difference after dark before the stretch in the evening comes in.

Two girls jog past me both have their hair up in pony tales both swinging in perfect timing to their pace along the path. 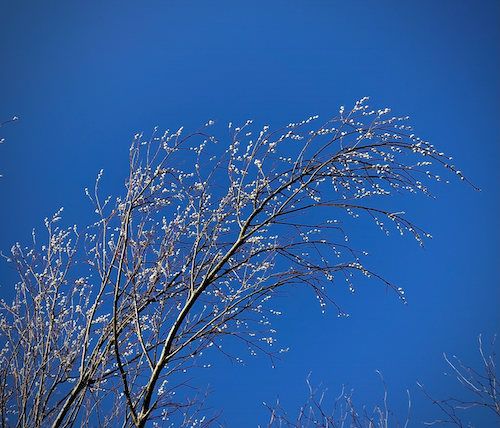 Early signs of spring on the walks around Letterkenny. Photo Brian McDaid.

This is the year that we will welcome spring like no other year. Small wee stubbles of green can be seen in deciduous hedges but that smell of spring is not there yet. You’re more likely to get a whiff of Lancôme from someone in the fast lane power walking past you then talking as fast as they are walking.

Double Donegal winner James Cullen is on a Raleigh of a different kind these days decked out in yellow as he pedals his way around the 5km parameter on a set of intermediate Dunlops.

Signs of some sort of return to normality come in different forms. a Galway registered Zetor Tractor is parked at the mart gate above the Cathedral, gleaming, tyres look painted and all. 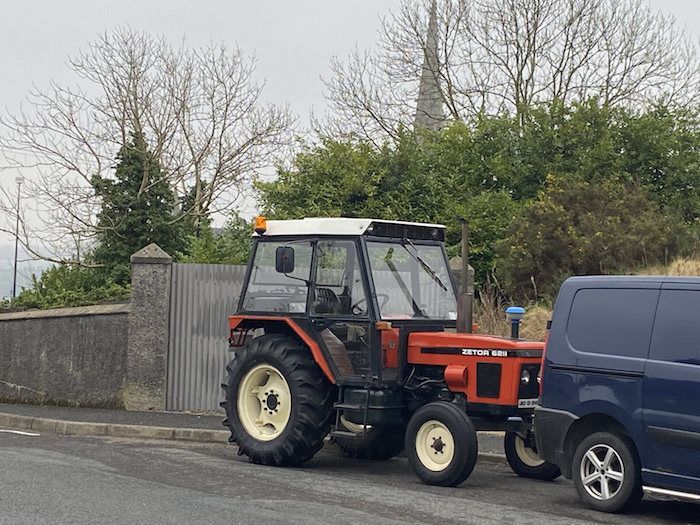 There is no mart on, this is a sign that the leaving students are back at school, getting ready for their exams. Years ago the scholars as they were called, walked in droves down past the mart from St. Eunans College on their way down the town at lunchtime. On mart days which was a Thursday in Letterkenny they never seemed to be interested in machinery that came in from the country to buy and sell livestock, or if they did it wouldn’t have been cool to do so. 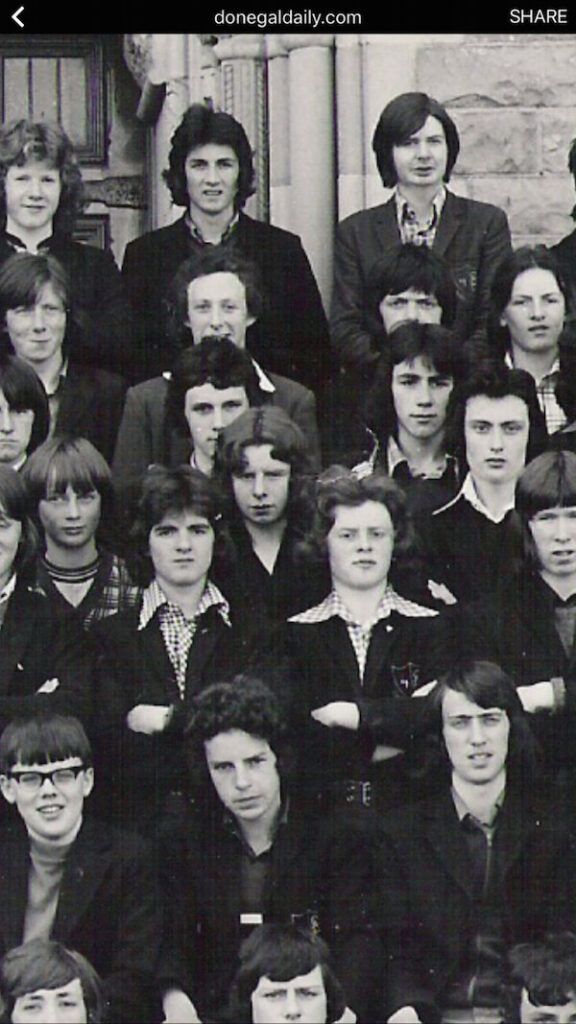 Now times are different. It’s the coolest thing to see beautifully restored vintage tractors sitting outside the college gates. This year this Zetor was the style statement at St Eunans, Last year it was a Davy Browne, (David Browne) you would see in the line of traffic coming down from school in the evening and a young lad in his grey uniform pullover sitting behind the wheel. 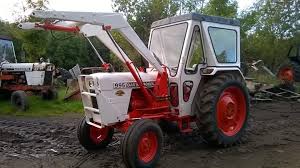 A old Davy Brown tractor couplete with from loader

Davy Browne tractors to me always have had a familiar sound to Glencar near to where St Eunans college is now. Years ago our neighbour over the fields, farmer and local milkman Packie Kelly had a fleet of Davy Brown Tractors which a petrol head like myself instantly knew the sound of coming up the road long before I’d see them.

A few of them would travel together as a team as they would head up and down the road to spread lime for other farmers. One of them would have a front loader and a home-made tar barrel filled with concrete with a bar running through it which worked as a counterweight on the back lift. Other tractors in the had special lime spreading trailers with a hole in the centre of its sloped sides to spread lime in fields through a spreading wheel. 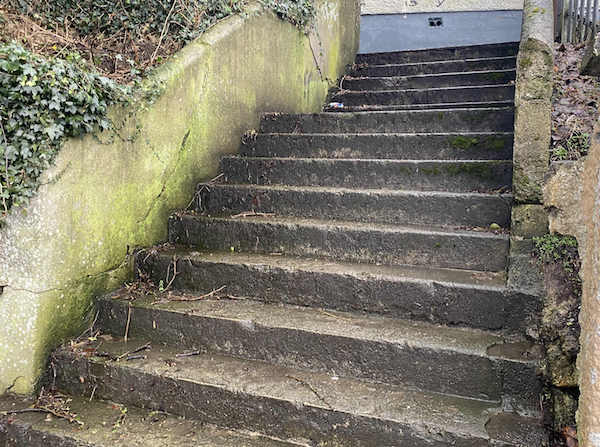 On Monday this week walking up the Port Road, I realised there wasn’t a single car parked on it or a single person walking on it at around 9.30pm at night. I scrolled through my phone on Spotify and found the place in time I was looking for and pressed play. That wee drum roll and trumpet rolled into my earphone and I was there, I was off up the middle of Letterkenny on my own and my music and memories.

This song has been in my head since the days that walking was a means of getting from A to B in Letterkenny. The first time I heard the song it was sung by our babysitter and then I heard it in her friend’s flat on the radio. I was only seven or eight. The flat was up at the back of the old Golden Grill on a pedestrian walkway which is now known as John McLaughlin Way, (we always called it down the steps by the boxing club.) 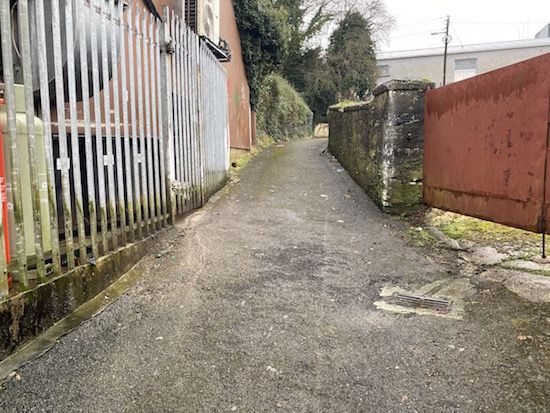 Flats at the back of the Old Golden Grill where I heard Knock Three Times for the first time on the radio. Photo Brian McDaid.

The song is called ‘Knock Three Times’ by Tony Arlando and Dawn. The day the song first came on the radio we turned up and roared the song out of us full blast on a summer’s day with the windows opened. That song stuck in my memory. I have probably sung the chorus into myself a million times. It’s my walking song, it’s my going places song. As I strode it out up the Port Road looking up the Mclaughlin Way this week it reminded me of times of growing up in Letterkenny, getting tips on my shows and matching the rattle of the shoes sparking of the concrete footpath to the beat of knock the times in my head.

Ready for the road again

Looking forward to the future this week it gave me great joy to see a post on social media of a neighbour of mine Tom Collier taking delivery of his new Kia Sorento from Inishowen Motors. Tom once like myself lived in Wolfe Tone Place. He was pictured with his granddaughter Monica I assume is named after Tom’s late wife Monica who passed away a few years ago. Tom was one of those hardworking tractor drivers who drove one of the late Packie Kelly fleet of Davy Brownes back in the day. 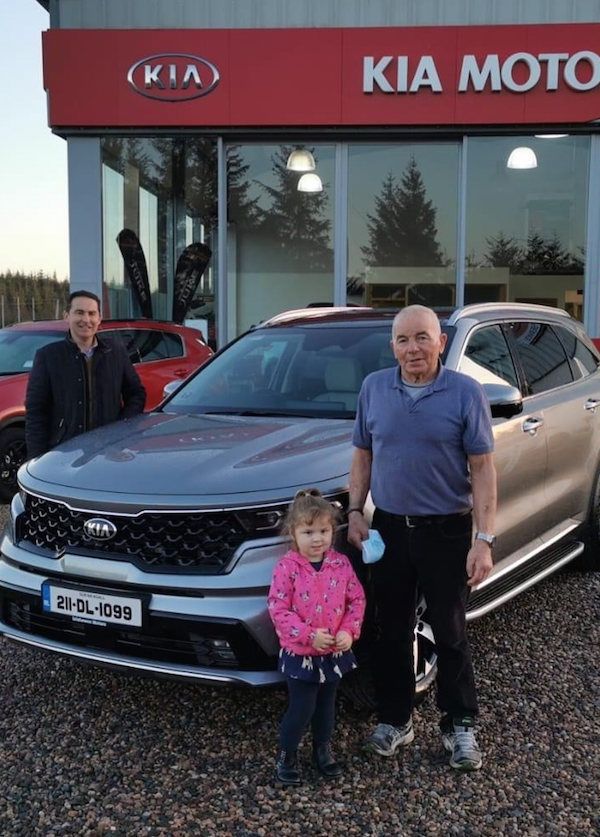 It was a regular sight to see on the road and it parked over at the end of our green, they were white and red but more times than most covered in lime dust stopping for a minute to get a bite to eat. The Davy Browne tractors had a sound very familiar especially when two of them were travelling together, throttle pulled fully back. It’s lovely to both look back on the sound and memories of the past and look forward to Tom and his extended families’ many miles into the future after this lockdown is lifted.

DD Motoring: The sound of the street was last modified: March 3rd, 2021 by Brian McDaid