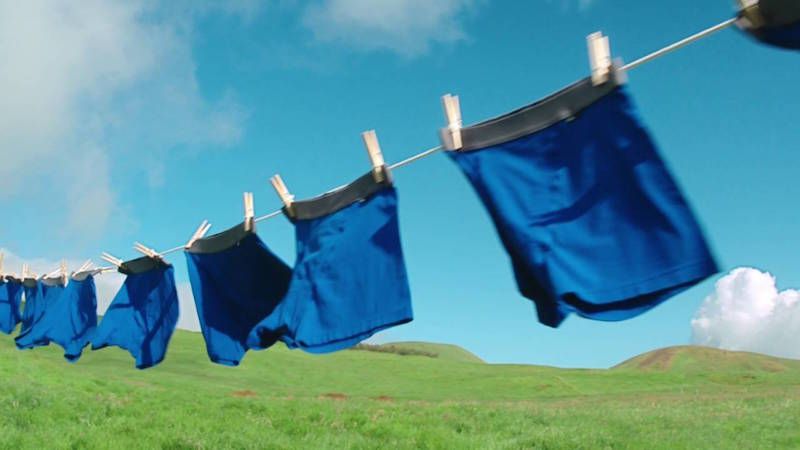 End of the line for underwear pest after brief encounter

A man who has pestered a woman for the past eight years in a series of incidents including leaving men’s underwear on her clothes line has appeared in court.

William McCrea of Bridgetown, Ballintra pleaded guilty to a charge of trespass at Mullinasole, Laghey on February 9, 2020.

The 48-year-old also admitted leaving dried flowers on her patio with a note asking her to go for a swim when he apeared at Donegal Town District Court.

The man’s terrified victim told the court of her on-going ordeal of harassment at the hands of a man she did not know.

The lady, who lives alone, said she had been pestered by William McCrea since 2013.

The witness said she did not know the man and had never spoken to him and she made enquiries about him.

He had worked locally, and he took a route past her house that he did not need to take

“I live on my own and then one night when I was going to bed, he was outside my house.”

She then contacted Garda Paddy Battle who spoke to the man on two occasions and the garda retired in 2018.

She added that the same thing happened on St Patrick’s Weekend.

The victim went to the gardai in Donegal Town and asked to see the garda file on her issues but found that there was no record kept.

“We had to start from the very beginning, and I made a statement to Garda Foy as did my brother.

“I thought it was going to stop and the following Easter Sunday he left stuff on my patio for which he got an adult caution.

“He left a bunch of dried flowers and inside there was a note inside asking me to go swimming with him.

“How does he know I go swimming,?” she asked.

But then on February 9 last year he called to the victim’s home again.

“Once he saw me at the window, he drove off very slowly,” she said.

Defence solicitor Florence Hutchinson said her client had pleaded guilty to the offence of trespass in 2020, on February 3 last.

The solicitor said there was nothing in the statements that it was going back to 2013.

“He has accepted that what he was doing was inappropriate.

“He has no romantic interest, but he accepts that what he did was inappropriate and maybe he should be psychologically assessed.”

The judge said the defendant seemed “sane and sensible” to him.

The defendant, who admitted he had been “stalking” the victim since 2013, said he was not engaging in any similar behaviour with any other woman.

He also admitted hanging male underwear on the victim’s clothes- line and leaving her the dried flowers.

He said the only time he had entered the victim’s property was when he left her flowers.

When asked why he did those actions he repeatedly said: “It was on my mind.”

The judge said the defendant was told to keep away from his victim and added that he was lucky he was not facing a harassment charge.

“The lady is obviously afraid of you.”

While the defendant admitted putting male underwear on the clothes- line he said he never interfered with the ladies underwear.

The defendant said he lived with his mother who was not well, and he had no mental health issues.

Judge Kilrane said the defendant was charged with the innocuous matter of trespassing, but this did not affect the “seriousness of the situation.”

The judge said the victim was fearful and was living alone and she did not trust him.

The judge said he wanted to protect the victim and the penalty would be a substantial fine.

The victim was asked if she wanted any compensation from the defendant, but she declined.

Judge KIlrane adjourned the case to April 7 for the payment of €500 and “we will see where we go from then.”

Superintendent Colm Nevin told the defendant that he was “not to go near the victim under any circumstances.”

The defendant gave an undertaking that he would comply.