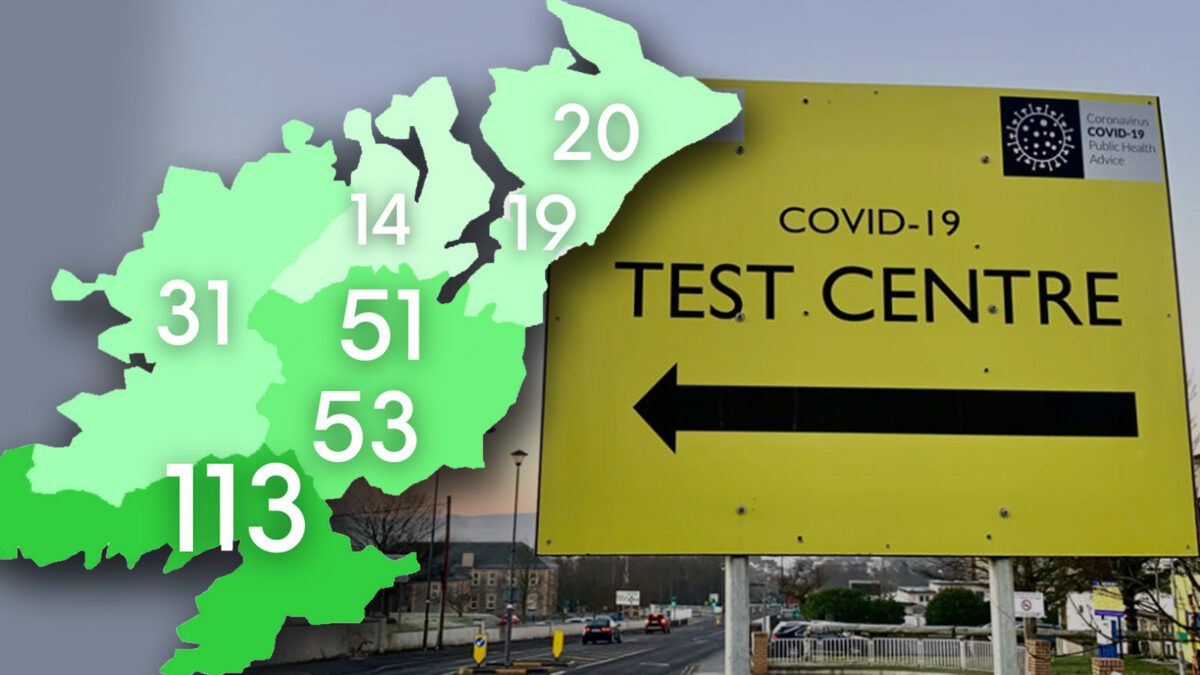 The area now has the ninth highest Covid incidence rate in the Republic, and the 11th highest on the island of Ireland.

The Department of Health released local data last night showing the spread of the virus in each of the seven local authority areas (LEAs) in Donegal.

Two areas currently have above-average incidence rates, while the Donegal LEA is more than twice the national average. 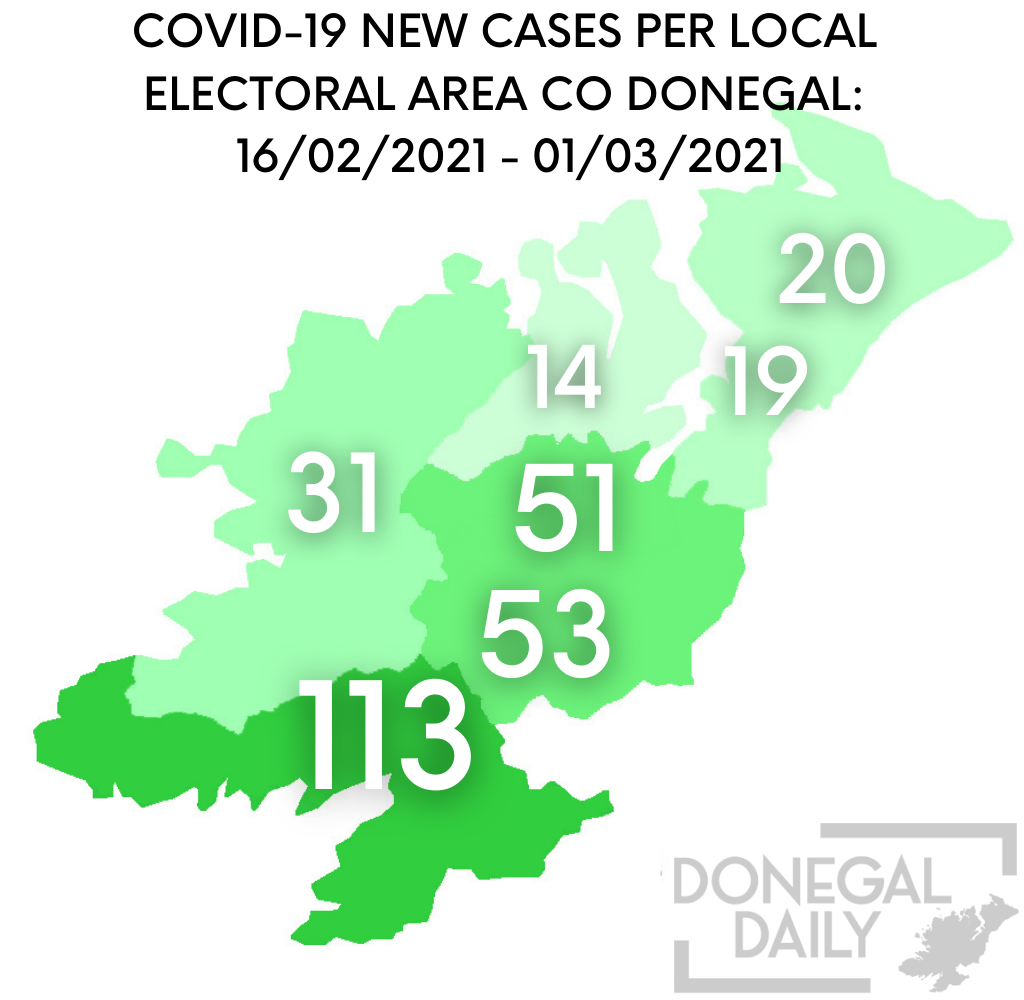 The Lifford-Stranorlar region, which has seen significant improvements in recent months, is also slightly above average this time.  The LEA recorded 53 new cases of Covid-19 up to 1st March, while the 14 day incidence rate is now 201 per 100,000.

Covid-19 detections have also increased in the Milford area. There were 14 new cases in the past two weeks- up from 8 in the previous period. The 14-day incidence rate in Milford LEA is now 101.7 per 100,000.

The Buncrana/South Inishowen region’s 14 day incidence rate is down again to 85 per 100,000. There were 19 new cases of the virus detected in South Inishowen in the past two weeks.