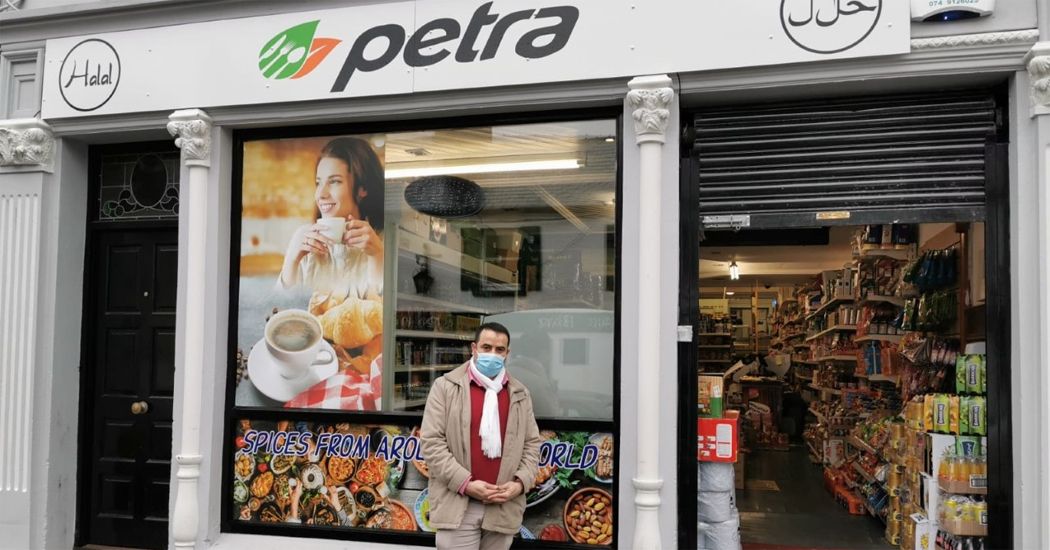 A Syrian man’s dreams of running his own business have finally come true with the helping hand of a refugee resettlement project in Donegal.

Nasim Haj Yousef is now the proud owner of Petra supermarket on Main Street Letterkenny. This Arab and Asian foodstore caters to a diverse range of nationalities living in the locality and across Ireland.

But the years prior to Nasim starting his own enterprise were nothing short of a struggle.

The DLDC’S Refugee Resettlement Programme have been happy to support Nasim in recent years, and today they are celebrating his achievements with this story:

DLDC’S Refugee Resettlement Programme provides resettlement support services for refugees who are being resettled in County Donegal. Many of these families come from UNHCR camps having been forced to flee their homes as a result of conflict.

Every family is unique and has their own story to tell and we are delighted that they have chosen to share their stories with us.

Today we are delighted to introduce you to Nasim Haj Yousef and his family who would like to share their story.

Nasim’s dream was to one day be able to open his own grocery shop.

Having to flee the war-torn City of Adlib in North West Syria in 2013, Nasim and his family fled to Lebanon. By selling vegetables out of the back of a truck he was able to financially support and care for not only his wife and child but also his elderly parents and two sisters who were all facing a difficult situation.

Upon his arrival to Buncrana, Co. Donegal in May 2019 Nasim has shown a great deal of passion, devotion and ambition to be a productive and independent member of society.

Nothing has stood in the way of him pursuing his dream to own his own business. 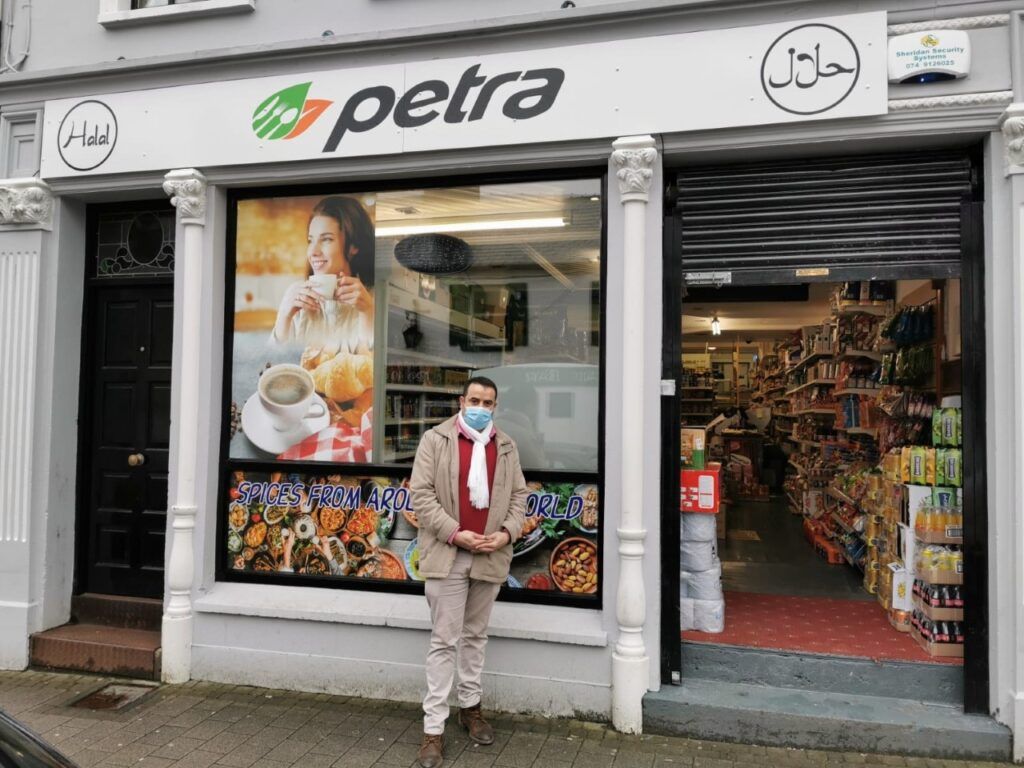 The shop proudly provides a section dedicated to the Arab and Muslim Community and includes Halal products and many middle Eastern spices and sweets. It also provides delivery service on a national level.

If you are passing through the busy main shopping street in Letterkenny and you decide to go in for a dander you will know who Nasim is by locating the person with the biggest smile in the room.

Nasim and his lovely family have approached us to deliver their utmost gratitude to Donegal Local Development, Councillor Gerry Mc Monagle and Darran Nash from Donegal County Council. Nasim has a great appreciation for the Refugee Resettlement Team alongside the local, Syrian and Arab community for their custom and continued support.