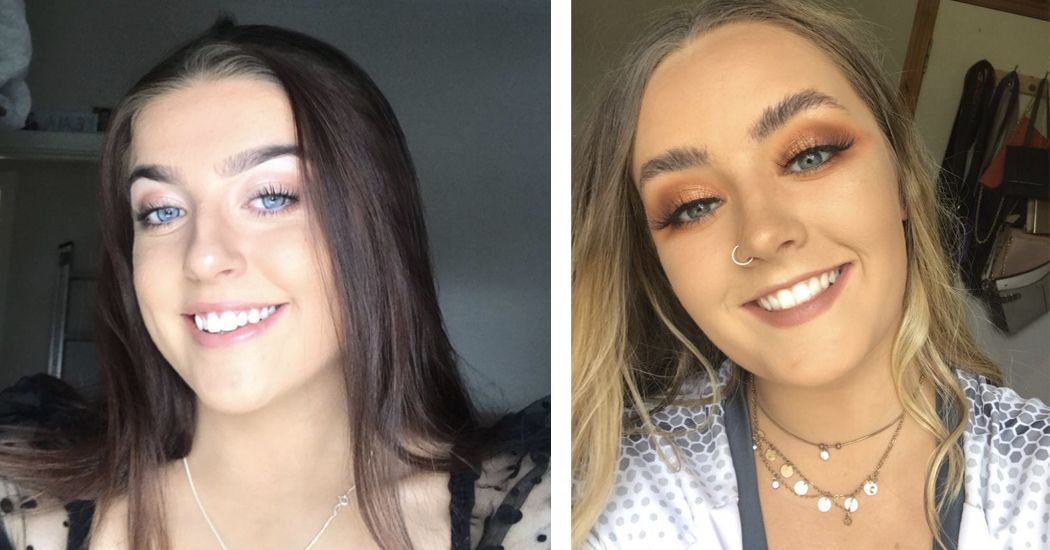 If you have an interest in something, do it. It’s your life, it’s your choice – This is the career motto followed by 18-year-old Demi Hunter, who is a Motor Mechanics Apprentice in Donegal.

Today is International Women’s Day 2021, celebrated on the theme of: “Women in leadership: Achieving an equal future in a COVID-19 world”

Work is well underway to improve the gender balance in apprenticeships and help women carve out their career paths in any field they choose.

UNESCO recently highlighted that careers have no gender, and two young women who are proving that are Demi Hunter and Colleen McElroy.

Demi and Colleen are among the many women in Donegal undertaking apprenticeships in a wide number of areas – including electrical, motor mechanics, polymer processing technology, auctioneering, retail supervision and more.

“From a young age I would have been out getting my hands dirty,” she told Donegal Daily.

Demi, who attended Mulroy College, Milford and then Loreto Secondary School, Letterkenny said, “When we finished school early in March last year, I knew I wasn’t going to go to college. I wanted to be out working.”

Demi already had a strong interest in motoring, having navigated for her father Willie McFadden in rallying competitions since 2018.

When thinking about her future career, motoring was the way to go, and an apprenticeship was the ideal way for Demi to gain the skills she needed through on-the-job training. 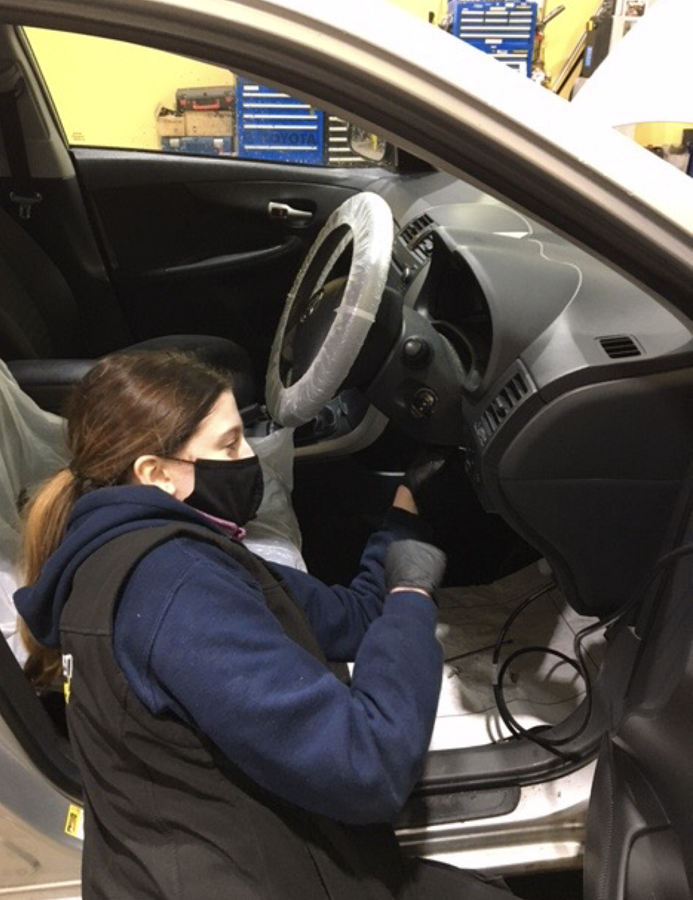 Applicants are required to find their employers before they apply to SOLAS through Donegal ETB’s Further Education and Training (FET) Service. That wasn’t a problem for Demi.

“I was in Kelly’s Toyota and speaking to Brendan, and I asked him would he take on an apprentice, he asked me ‘Who is looking to do it?’ and I said, ‘Me.’ He was a bit taken aback but he was delighted to take me on,” Demi said.

Demi is currently the only female in the Kelly’s Car Service and Repairs team and is well-supported in her training. The more she observes and learns, the more independence she is gaining in her work.

“In school, they wouldn’t have encouraged you to go into mechanics. I think that if you have an interest in something, do it. It’s your life, it’s your choice,” she said.

In January 2021, Ireland marked an important milestone as the number of women apprentices surpassed 1,000. Five years ago, there were as few as 26 female apprentices.

Donegal ETB prides itself on creating a supportive atmosphere for women in trades. The number of apprenticeship programmes has expanded greatly in recent years with almost 60 different types of apprenticeship now available across a range of sectors including Electrical, Finance, ICT, BioPharma, Recruitment and Property Services.

Another apprentice who shrugged off the ‘traditional’ expectations of women’s study is former Moville Community College student Colleen McElroy.

The 19-year-old decided early on that she did not want to go to college. She decided to take on an Electrical Apprenticeship, and has come to enjoy every day at work. 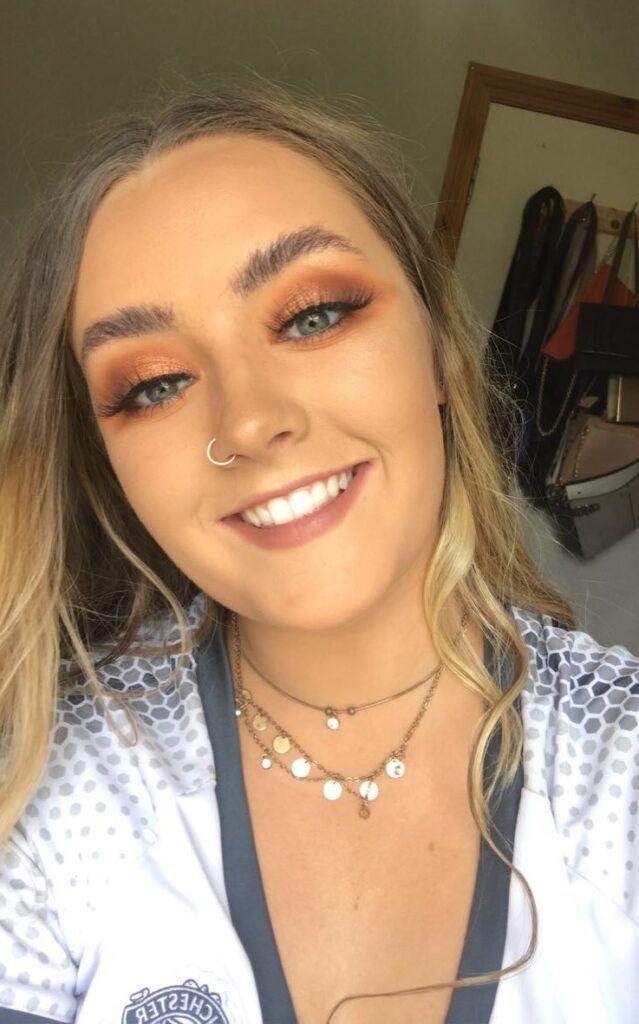 “I applied for a job with the ESB and I didn’t get in, so I went for an apprenticeship to get started,” Colleen said.

Colleen admits she has faced some surprising reactions when she arrives at a site with her male colleagues, but she is happy to represent a new wave of women in trades.

“People think you’re joking. When I walk onto a site, some might say ‘What is she doing here?,” she said.

Despite the initial response, Colleen found that nobody has doubted her ability.

“You just have to be thick-skinned and have the craic with them,” she said.

“Girls can be scared to do these jobs because it’s all men, but there’s no need to be.”

Colleen is looking forward to becoming a qualified electrician once her four year course is complete.

Apprenticeships are based on a mix of learning in an education and training institution with at least 50% of learning in the workplace. Apprentices also ‘earn while they learn’, as they are paid a training allowance by the local ETB.

Plus, a €3,000 financial incentive is available for employers registering new apprentices. This payment is currently available until 30th June 2021. The payment was announced last March as apprenticeships were recognised as a key part in Ireland’s recovery and future.

The future for women apprentices is improving, thanks to inspirational young women like Demi and Colleen who are an example for school students of today.

Donegal ETB actively encourages women to think about working in and apply for training in non-traditional fields. To encourage specific sectors to employ female apprentices, a female apprentice bursary of € 2,666.44 may be paid to qualifying companies wishing to train apprentices in specific occupations.

The first step for anyone wishing to do a craft apprenticeship is to find an approved employer willing to employ him/her as an apprentice.  The employer then registers the apprentice by contacting the Apprenticeship Section of Donegal ETB. Craft apprenticeships are a seven phase programme with phases 1, 3, 5 and 7 spent on the job with their employer and phases 2, 4 and 6 in a training/educational environment (ETBs and ITs nationwide).

Donegal ETB’s Senior Apprenticeship Training Advisor, Lorraine Murray, explains that: “An apprenticeship commences when an approved employer registers their apprentice with SOLAS by contacting Donegal ETB.  In recent years apprenticeship has expanded to include many occupations outside of the traditional craft related areas and these 2016+ apprenticeships vary in duration from 2-4 years with qualifications available from Levels 5-10  on the National Framework of Qualifications.”

“We would encourage people to see the full list of available apprenticeship training in Ireland on www.apprenticeship.ie and then to contact our Senior Training Advisors who will be happy to answer all questions and explain in more detail the options available in relation to apprenticeships.”

If you are interested in pursuing an apprenticeship or are an employer wishing to find out more, simply contact Donegal ETB’s Senior Training Advisors Lorraine Murray on 074 9120506 (email lorrainemurray@donegaletb.ie) or Claire Lernihan on 074 9120587 (email clairelernihan@donegaletb.ie).