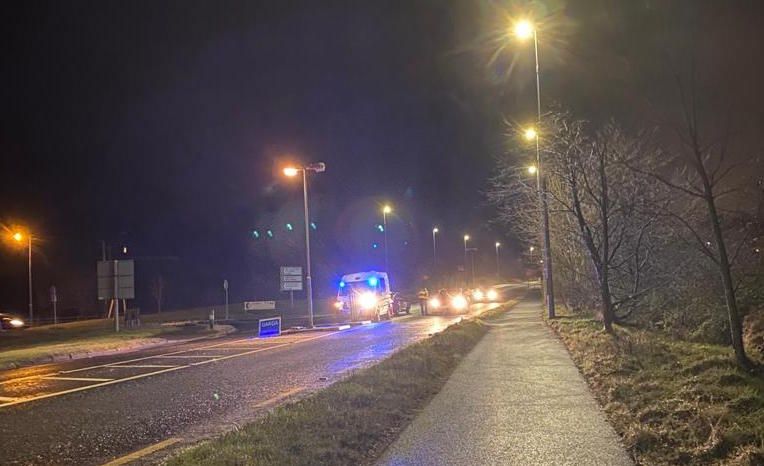 A large number of vehicles were stopped at Illistrin on the outskirts of Letterkenny this evening to check if motorists were in compliance with Covid regulations and guidelines.

A number of drivers were spoken to and eye-witnesses said several were given fixed penalty notices by Gardai.

As well as DL registered cars, several of the cars stopped and penalised were Northern Ireland registered vehicles.

The man said “There was a large amount of cars stopped over a long period of time.

“As I walked by I could clearly hear them asking people where they were coming from and the reason for their journey.”

As of last weekend, almost 400 on-the-spot fines had been issued in Donegal under Covid regulations.

The majority of more than 390 fines relate to non-essential travel.

Nationally, gardaí have clamped down on non-essential journeys to airports/ports, house parties and on people not wearing face coverings without a reasonable excuse.