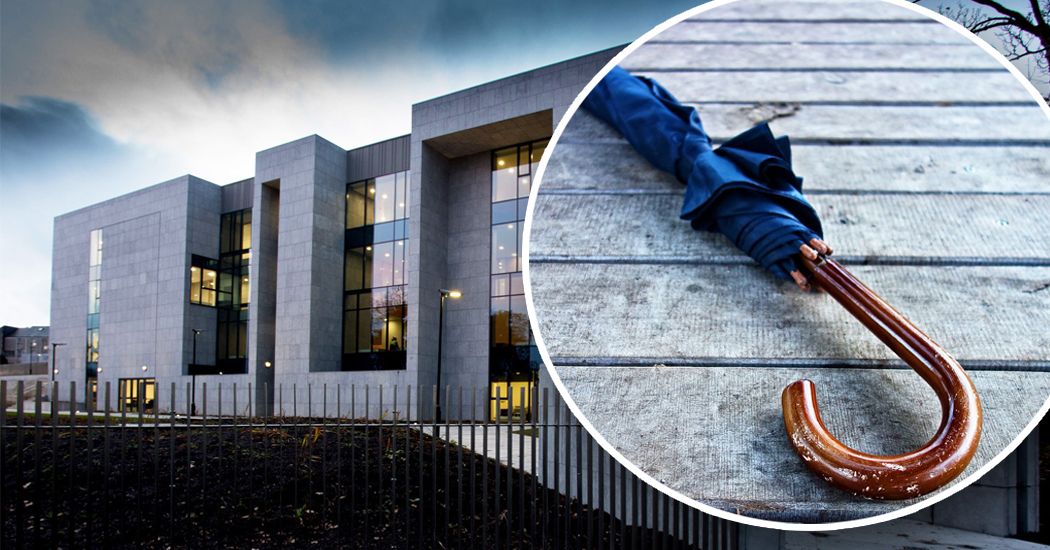 A man struck the owner of a wine bar in the head with his umbrella when he was asked to keep his voice down.

The court was told that 50-year-old Norry and his partner were drinking at McDaid’s Wine Bar, at The Mall in Ramelton.

At one stage Mr McDaid went over to Norry and asked him to keep his voice down.

The accused, of Bridgend, Ramelton replied that nobody would tell him to keep his voice down and struck Mr McDaid on the temple with his umbrella.

Judge Paul Kelly asked Norry if he was working and he was told that Norry was a carer pre-Covid but was not currently working.

The Judge asked Norry’s solicitor Mr Frank Dorrian if his client was willing to make a gesture of €500 to his victim.

Mr Dorrian said he was.

He said his client regretted the entire matter.

“Any suggestion you make will be discharged,” Mr Dorrian told Judge Kelly.

The case was adjourned until March 22nd to allow Norry to bring the sum of compensation to court.