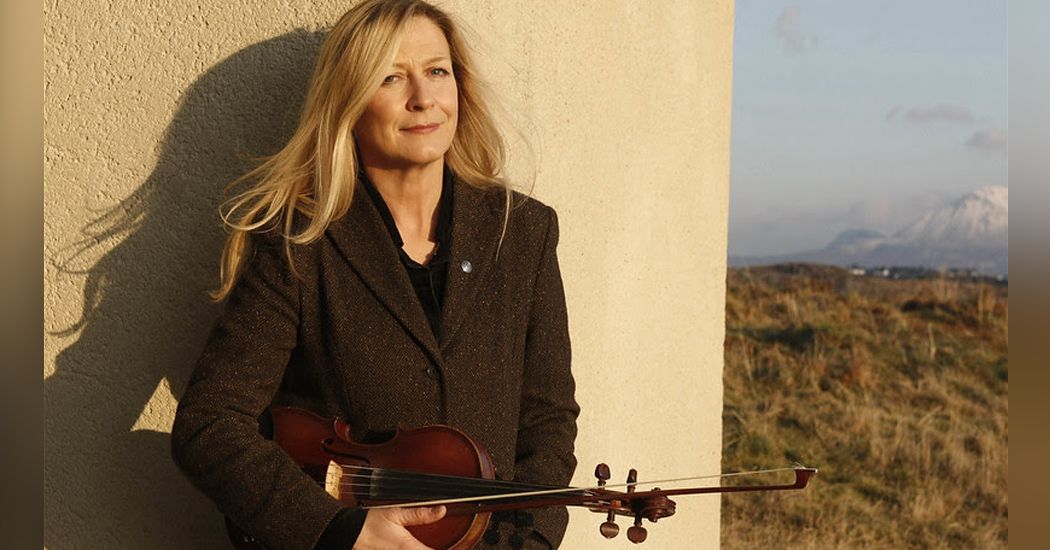 The Altan star will be teaming up with friends for a televised concert on TG4 on 17th March called ‘Ré an tSolais’.

The show will feature Mairéad’s new composition, called ‘Ré an tSolais’ (The Era of Light), which is inspired by the hope of a new era after the intensity of the pandemic lockdown.  The suite was commissioned by An Grianán Theatre and was streamed online as part of Letterkenny Trad Week earlier this year.

Mairéad will be joined by special guests including Manus Lunny, members of Altan, Ciarán Ó Maonaigh, and the Harrigan and McGrory families.  Some of her original music pieces will also feature in the concert.  Other new music will be heard like ‘An Grianstad/ The Halting Sun’ (2020) commissioned by The Rolling Wave RTÉ Radio 1 / ITMA, ‘Scread na Bealtaine’ (2020) commissioned by Earagail Arts Festival.

Mairéad Ní Mhaonaigh said “I love composing new music and this time I have also composed a song for the suite. Ré an tSolais means the Time of Light and I am optimistic that things will get brighter in our future and I hope the music that you’ll hear will bring a little glimmer of hope to all. Since lockdown last March, I have been walking regularly around the shores near my home and garnering inspiration from the beauty of the nature that surrounds us all. I also realised that the light can change the mood of a place and of people. There is nothing like the welcome of a beautiful sunrise to raise our spirits.”

Viewers can watch worldwide on TG4.ie or on TG4 St.Patrick’s Day at 9:30pm.