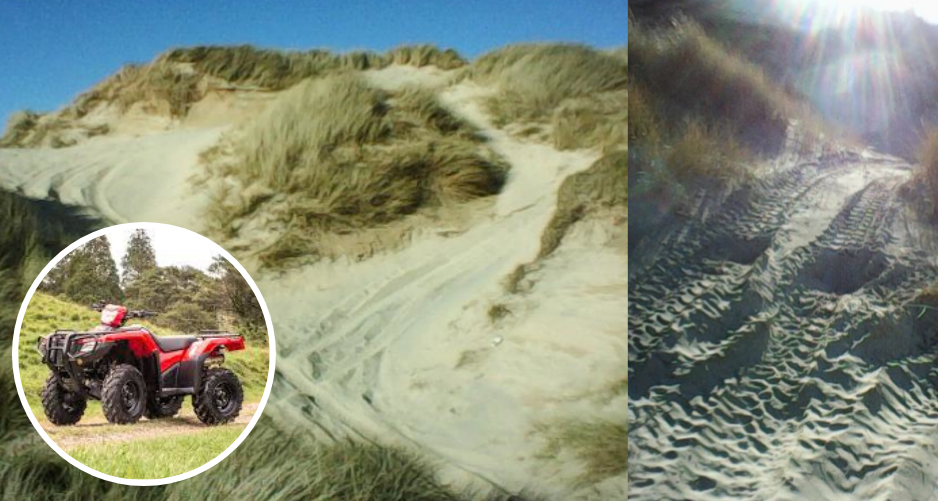 CONCERN has been raised about the volume of quads and scramblers in use on Donegal beaches.

The issue was raised at this month’s Glenties Municipal District meeting, with a suggestion put forward that a facility could even be developed for enthusiasts.

The meeting heard, via a submitted report from Donegal County Council Coastal Officer David Friel, of incidents of ‘serious degradation’ of the environment (accompanied by the above pictures showing some of the damage).

“There are many reports of owners taking their machines onto privately owned coastal dune lands and causing serious degradation of the environment,” the report said.

“Such reckless behaviour is destabilising the fragile dune systems and resulting in increased levels of erosion and habitat loss.”

The report added that the incidents were resulting in ‘a vicious circle of damage, degradation and loss of habitat.’

“There are a lot of complaints about this and I know that Gardaí are looking into it,” he said.

“There is a lot of worry around Port Arthur and Glassagh beaches with damage being done because of the quads and scramblers. Outsiders are doing the damage also, it’s not just locals.”

The Council has allocated €44,400 for beach maintenance in the Glenties MD for 2021.

Councillor Marie Therese Gallagher suggested that a club could be initiated.

“Let the club be led by the people who are interested,” she said. “This is their sport as such and we need to look at this instead of stand-offs.

“We have to be real and see if a club could be initiated and led by the people who are in the club, like a golf club or a football club.”

Councillor Ó Fearraigh and Councillor Noreen McGarvey noted that a stock car track had previously been established in the area after similar concerns.

Donegal County Council’s Director of Water and Environment Michael McGarvey said the Council would be ‘happy to explore’ such a suggestion.

In January, there were two incidents in Inishowen where quads were seized after being found driving on public roads.

Just before Christmas, a spokesperson for An Garda Síochána said:  “An Garda Síochána wish to highlight that it is an offence for these vehicles to be used in public places such as parks and public areas. This illegal and anti-social use of scramblers and quads causes fear and intimidation in our communities.”