THEY are the county’s youngest GAA club, but 25 years on from their formation in 1996, Letterkenny Gaels are very much part of the fabric of the game in Donegal and beyond.

In a year when the action and activities both on and off the pitch has firmly taken a back-seat due to the Covid-19 crisis, the Gaels have reason to celebrate.

Formed in March 1996, the club plans to mark 25 years with a programme of activities later in 2021 which will culminate in a weekend of celebrations including Lá na nÓg agus Lá Sinsir, together with an evening of culture.

It seems like only yesterday when discussions first took place to investigate the possibility of forming a new GAA Club in Letterkenny.

The idea came at a time when the Diocese celebrated the introduction of the new parish of Aughaninshin in the town – the new parish serving an ever growing population in Letterkenny.

The beautiful new Church of the Irish Martyrs, built at Gortlee, has been the centre of the new parish since it first opened in 1994. Two years later, the town would have a new GAA club when Letterkenny Gaels was officially established. 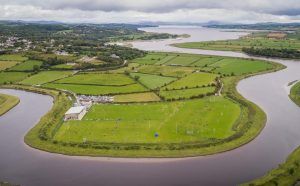 Gaels fielded an adult team in the All County League that season, and a boys team at U-12 level.

It was an exciting time for everyone involved, and 25 years on, many of those founding members still remember taking those first tentative steps into the unknown.

It certainly wasn’t all plain sailing in the early years. There were challenges both on and off the pitch. Running a GAA club can serve up its challenges – but being a brand new club is almost doubly difficult.

25 years on, the Gaels members can look back with pride on how they survived to witness the club’s continued growth and development over that time. 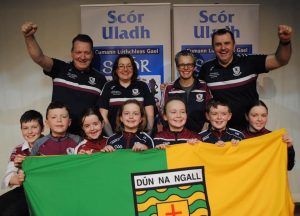 In this year of celebration, there are stories to be told. Like how Gaels decided on their club colours of maroon and white; how a legendary local forestry official helped source the trees which would form the club’s first goalposts; and how Gaels formed a unique relationship with Letterkenny Rugby Club to jointly develop their impressive grounds and clubhouse facilities at the Glebe.

There’s no doubt that the Gaels club is now an important part of sport and community life in Letterkenny. From providing football, hurling and ladies football and camogie to hundreds of children at underage level, Gaels also field teams at adult level in football and hurling. This year, on their 25th anniversary, Gaels also plan to field a team at adult ladies level. 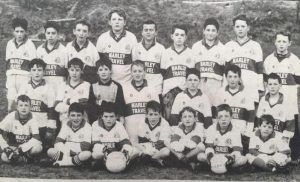 In his first year as Club Chairperson of Letterkenny Gaels, Danny Cahill says he’s proud to be leading Gaels in what promises to be a special year for the Club.

“From very humble beginnings, all past and present members can be justly proud of our achievements. The 25th anniversary celebrations are an opportunity for us to look back but also to take stock and plan ahead not just this year but in the years to come. As the old Irish saying goes, de réir a chéile a thógtar na caisleáin.”