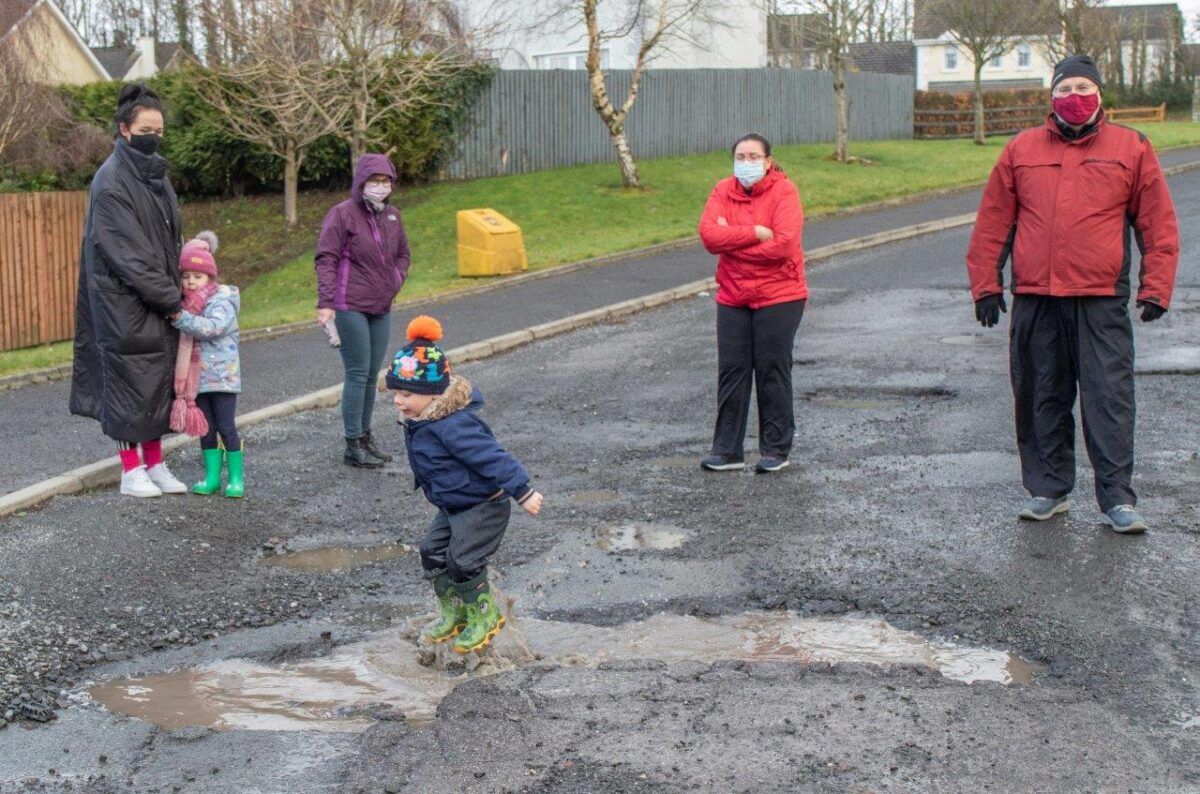 ‘Too scared to drive now’: Pothole issue leaves residents on the brink

CARINA Maughan started driving just over a year ago but, due to the state of the road in her estate, she has to fork out on a taxi to take her young child to pre-school.

Each morning, Eryn heads off to Little Learners in a taxi.

It’s costing €25 a week and is down to the shocking state of the road surface at The Beeches estate in Ballybofey.

“I’m just too scared to drive down the road in the estate,” Carina says.

The potholes, described by another resident as ‘like a series of craters’, have been the subject of much anger and anxiety.

Donegal County Council have said that repair works are due to commence ‘in the coming weeks’, but residents are demanding that any repairs carried out do not resemble the ‘patch-up’ jobs they have become accustomed to.

“Whatever happens here now, it has to be done right,” says Stephen Laughlin. 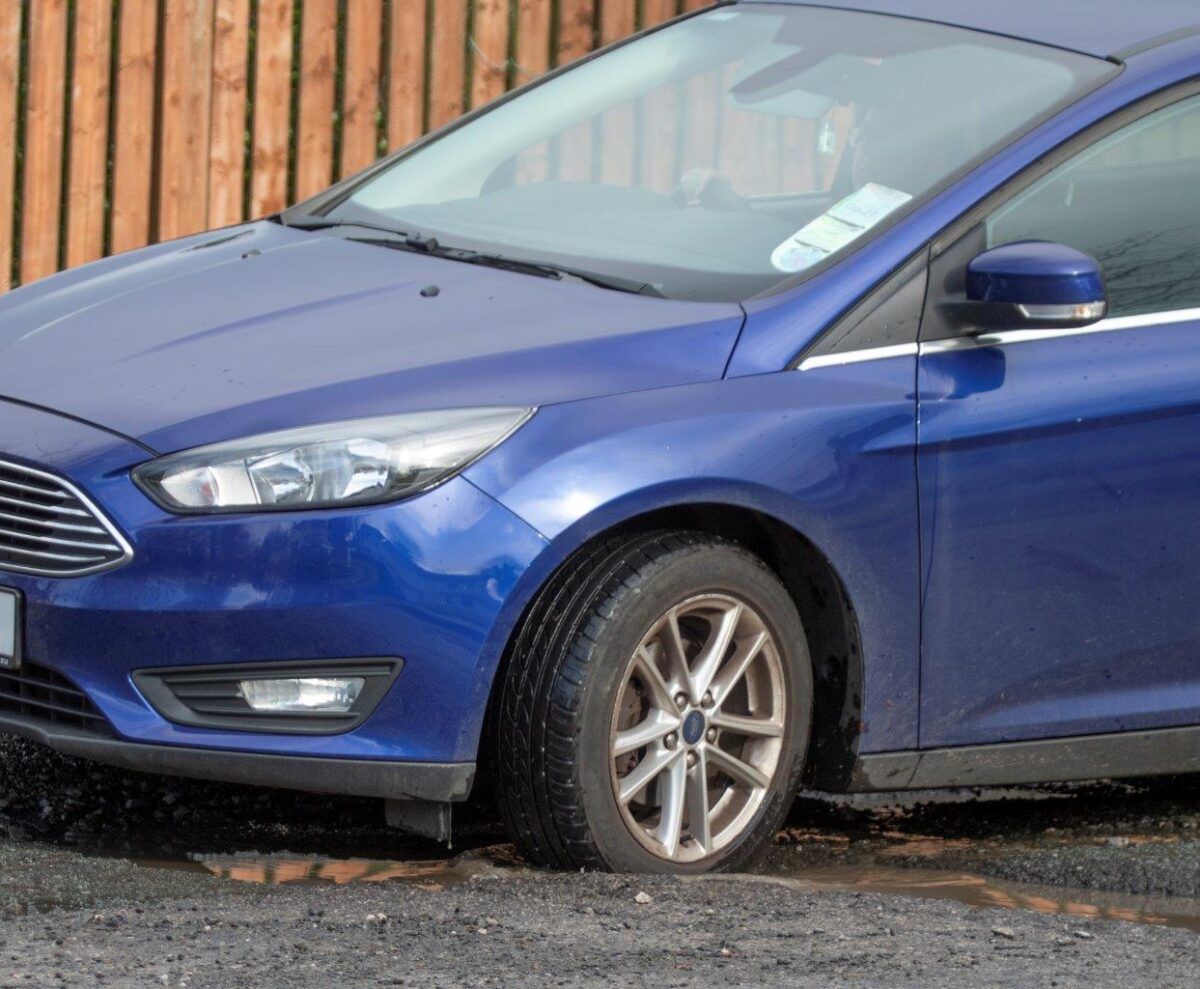 “We have seen before where a loose covering was just thrown in and that doesn’t last. There needs to be a proper job done here and bring it up to the manholes so we don’t end up crashing into them too. What happened before was that a square was cut out and it was topped up.”

Stephen, who was the second ever resident in the estate 20 years ago in the summer of 2001, recently changed his car and scuffed an alloy wheel while navigating the potholes at the entrance to the estate.

Brenda Maxwell, who also moved into the Beeches in 2001 – says: “It’s a great place to live, there is never any bother. The houses are all kept so well and this at the entrance just spoils the whole appearance of the estate. It’s the first thing that people see when they come here.” 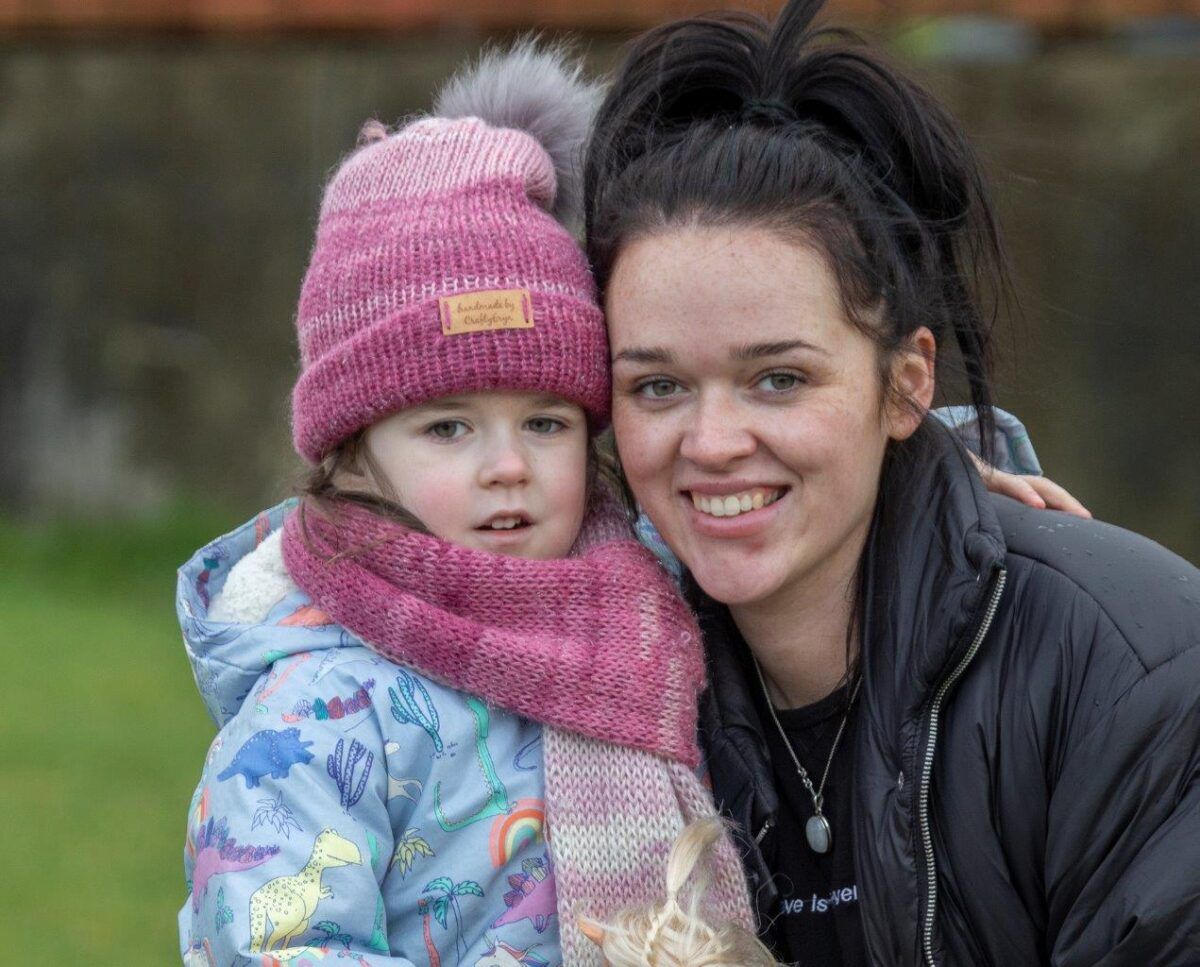 Susan Farrell recalls the morning her husband sustained a picture at the depths of the Beeches potholes at 6.30am while on his way to work.

Speaking recent after announcing that the local authority was in the process of awarding a contract, Castlefin-based Sinn Féin Councillor Gary Doherty said: “Residents in The Beeches have rightly been highlighting the frankly disgraceful state of the roads in the estate for a number of years. These roads have deteriorated to such an extent that they presented a danger to road users and pedestrians alike.” 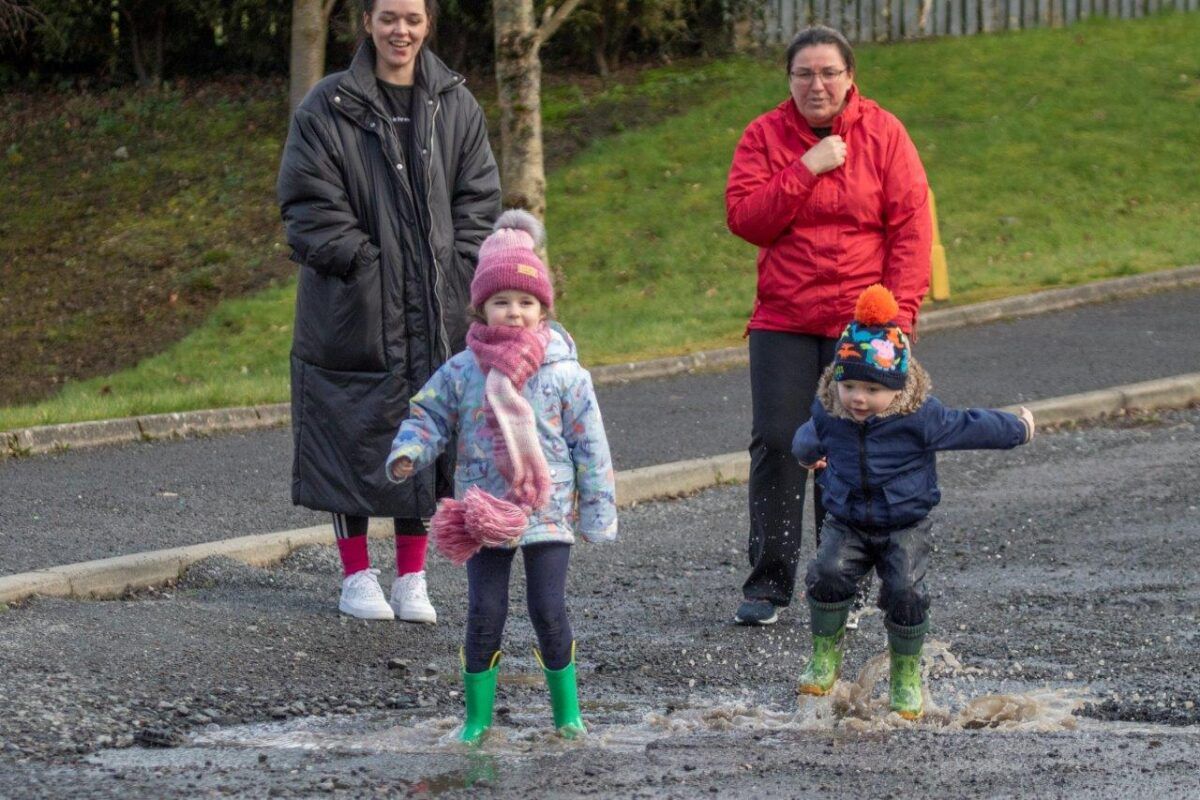 Residents have a long list of tyres, alloys and near misses in a busy estate with over 170 houses.

“It’s so, so frustrating,” Carina says,

The problem has been exacerbated by the fact that the original developer of the estate is no longer in business.