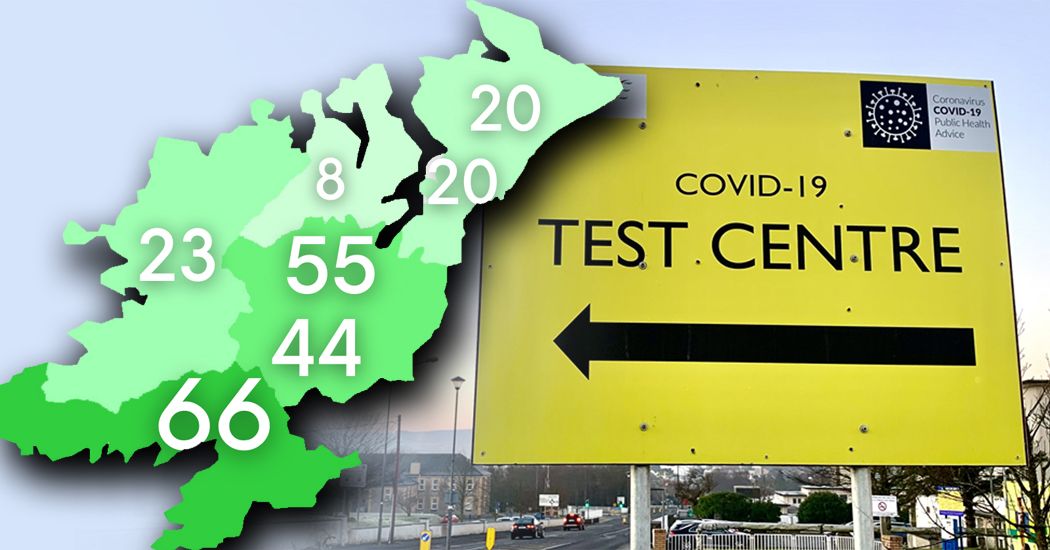 The spread of Covid-19 continues to be significantly above average in the South Donegal region, statistics show.

The Department of Health released data last night showing the spread of the virus in each of the seven local authority areas (LEAs) in Donegal.

The Donegal LEA saw a recent spike in cases in mid-February. The situation has improved in the past two weeks, but the incidence rate remains significantly above the national average.

Letterkenny LEA and Lifford-Stranorlar LEA also have above average rates in the past two weeks.

Here is a look at the situation in all Donegal LEAs between 23rd February and 8th March 2021. 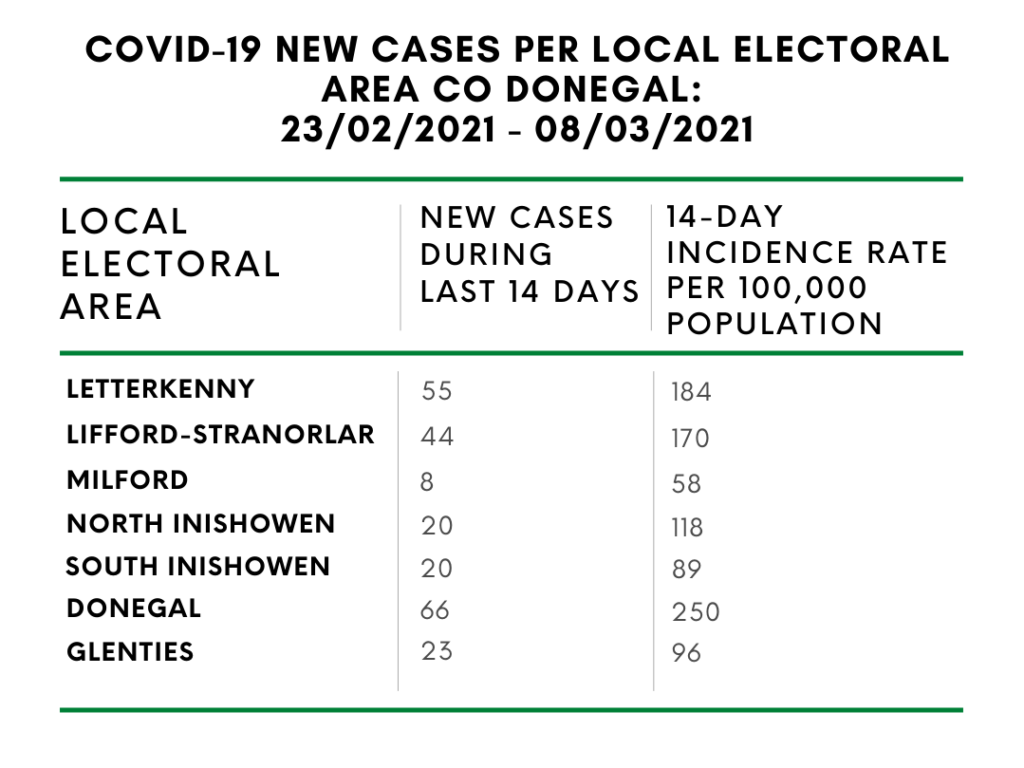