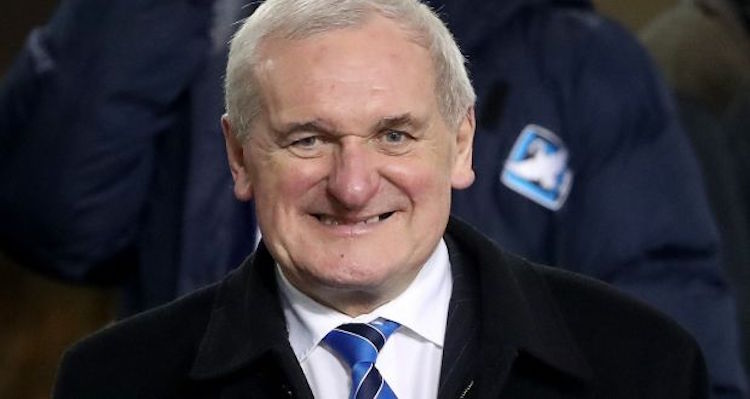 FORMER Taoiseach Bertie Ahern has suggested that a vote on Irish reunification could be held on the 30th anniversary of the Good Friday Agreement.

Ahern helped to negotiate the Good Friday Agreement in 1998. The Agreement established a series of institutions for cooperation and the former Taoiseach believes that more use could be made of those.

In an interview with La Repubblica, an Italian newspaper, Ahern outlined his belief that a united Ireland is possible.

“The vote should be the end of next decade, maybe on the 30th anniversary of the Good Friday Agreement.

“The only way it can happen is if the nationalist people, the Republican people and all the people in the South and the Republican Ireland can convince our unionist friends that this is the best thing for the whole island.”