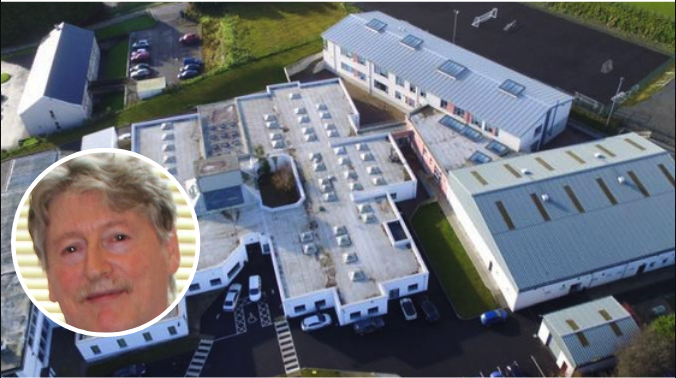 THERE is deep sadness in east Donegal following the death of popular retired schoolteacher Michael Hogan.

Michael passed away peacefully at his home in Dooish, Ballybofey this morning following an illness.

A native of Tubbercurry, County Sligo, Michael taught at Deele College in Raphoe for 40 years until his retirement in 2017.

In a tribute, Deele College staff say they are ‘devastated and heartbroken’ at the passing of their former colleague.

An English, Maths and History teacher, he was a popular figure with those who passed through the calm and knowledgable walls of his classroom.

A statement said: “Mr Hogan made a significant contribution to Deele College. He showed kindness, care and compassion to each and every student and member of staff, past and present.

“He made a significant difference to so many lives. He brought great wisdom and judgement to his many roles as a teacher, year-head and assistant principal. He promoted the students’ voice through their participation in the Student Council.

“He represented the teachers on many issues over his 40 years as he acted as the Teachers Union of Ireland (TUI) school’s representative, Branch Officer for Co Donegal and the TUI representative on the NCCA’s History committee.

“His passion for championing people’s rights will resonate with everyone who had the pleasure of knowing him. He was held in the highest regard by the local Raphoe community, throughout Donegal and nationally for his union work. “

Michael is survived by his wife Valerie, daughters Aoife, Laura and Ruth, son Raymond, sisters Julie, Mary, Edel, Martina, Angeline and Deirdre and a wide circle of family and friends.