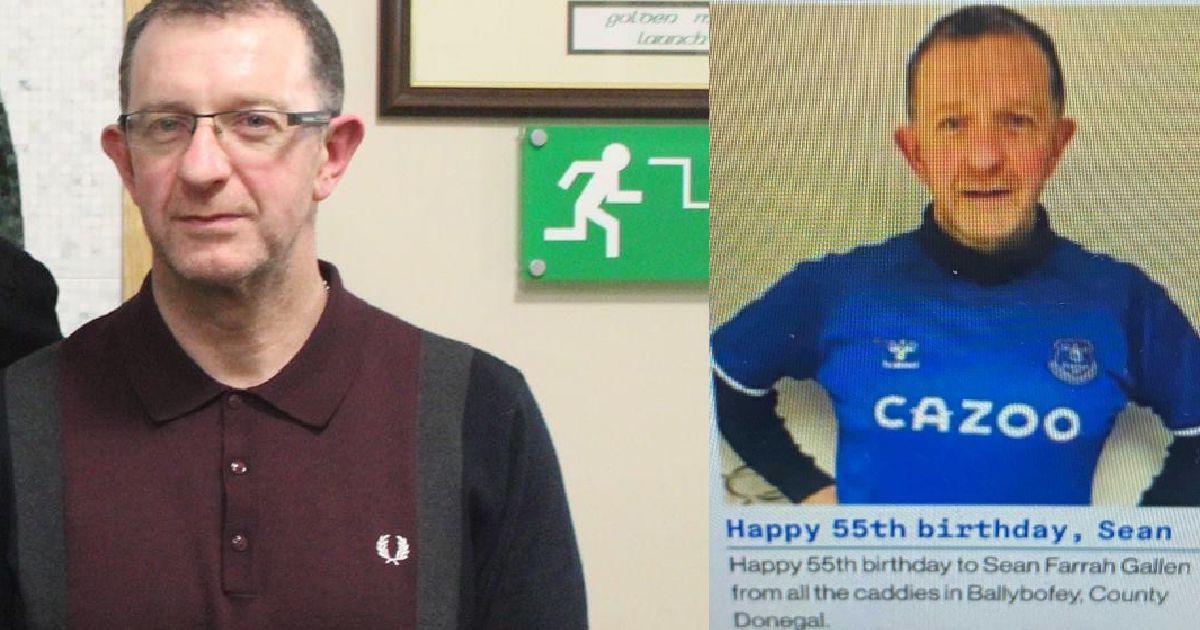 The lifelong Everton fan turned 55 last weekend and, though he might have tried to keep it under wraps, the secret secret was let out.

‘Farrah’ features alongside a 55th birthday wish from ‘all the caddies in Ballybofey’ in the programme for this evening’s FA Cup quarter-final against Manchester City at Goodison Park.

Shy (!) Sean was said to be ‘clean cut delighted’ with the mention according to one friend.

The Navenny Street barber will also have an eye on another of his favourite teams, Finn Harps, who begin their season at home to Bohemians this evening.