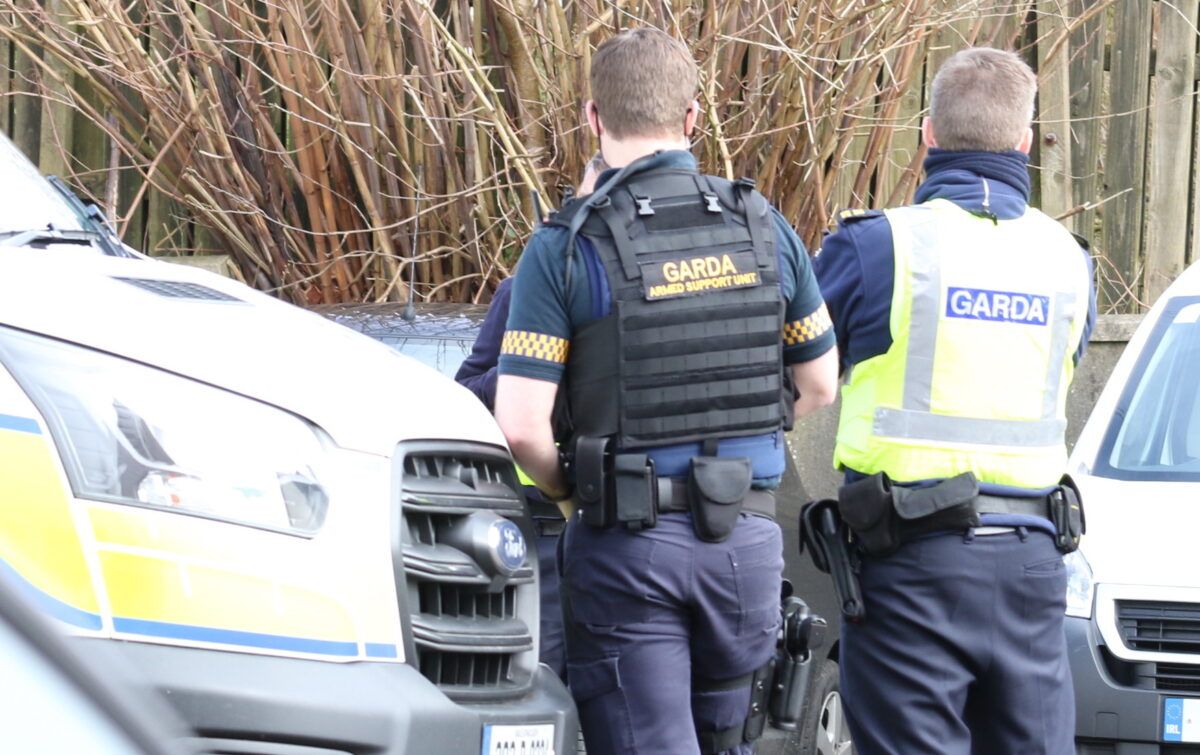 Items seized during drug raid by armed Gardai in Letterkenny

Armed Gardai supported by the Dog Unit raided a house on the outskirts of Letterkenny this morning.

Members of the Emergency Response Unit pounced on the house in the Ballymacool Woods area just after 11.30am.

A number of items were seized during the raid.

No arrests were made, however.

Donegal Daily understands the raid was part of Gardai’s overall campaign against the sale and supply of drugs in the county.

A Garda spokesman said investigations into the incident are ongoing.

A Spokesperson confirmed “A search operation was conducted under warrant at a residence in Letterkenny this morning, 20th March 2021 at approximately 11.30am.