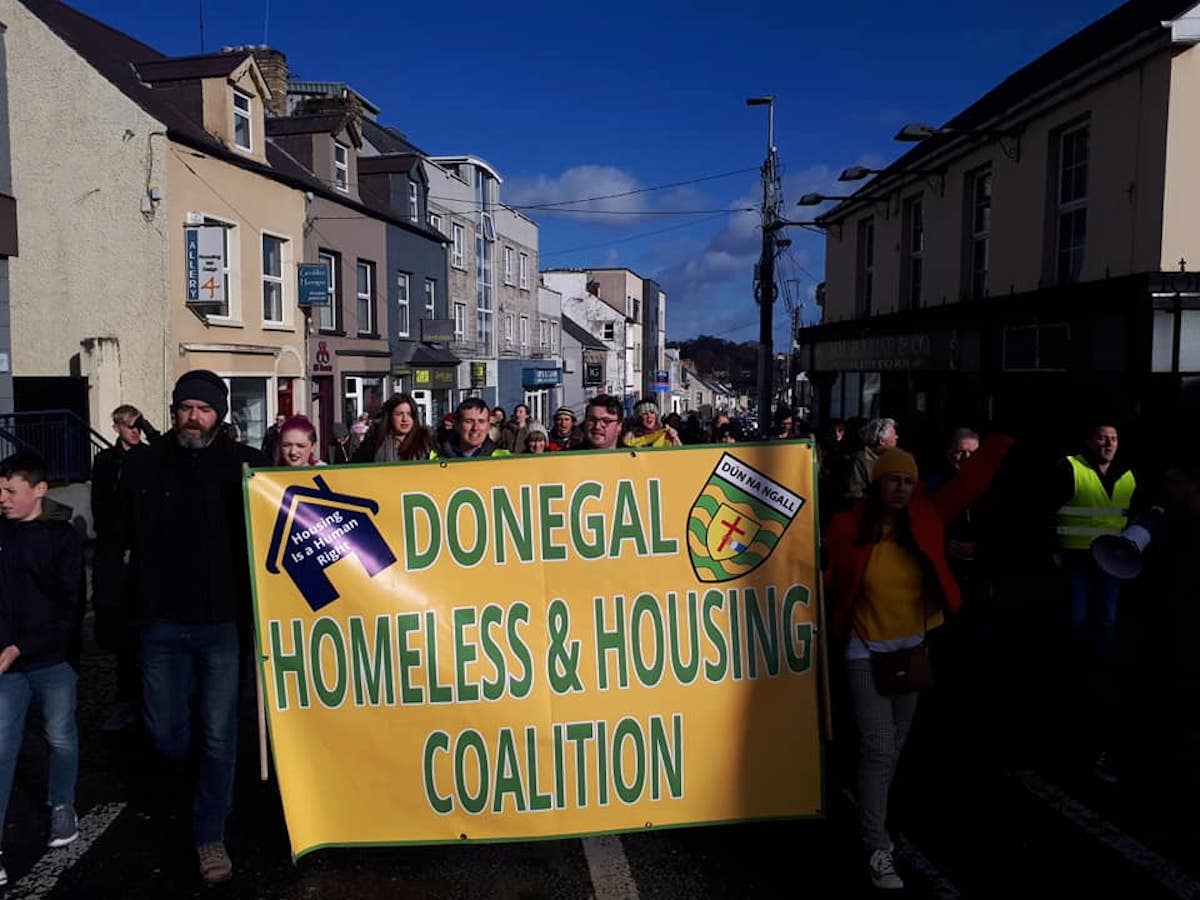 ‘Cautious’ welcome for initiatives amid ‘housing crisis’ in Donegal

THE Donegal Homeless and Housing Coalition say they remain ‘cautious’ of progress towards a viable solution to Donegal’s housing crisis.

The group has welcomed calls from Letterkenny Municipal District Cathoirleach Cllr Donal Coyle for a survey to take stock of the area’s derelict houses.

There are concerns that 220 people have applied for housing in Donegal with only 24 units available.

“We have been saying that a major housing crisis is here in Donegal and it has fallen on deaf ears before,” spokesperson Finn O’Donnell said.

“We’ve heard of the 220 people applying for 24 houses and we are glad that, finally, Council’s are now speaking about it.

“I really hope for the sake of families in our county that this can be the start of a conversation and not merely the ending of one’.”

Mr O’Donnell has worked on housing matters alongside Cllr Coyle and said:  “The main issue is helping people get housed by any way I can. I

“ am happy that Councillor Coyle has proposed this and again, I hope this will not be another finishing before it starts scenarios.

“The Donegal Homeless and Housing Coalition have in the past called for a survey of derelict and empty houses in the entire county.

“It isn’t a small task but we would then have the chance to see what we have, what we can develop and what we can build on. As of yet, no such project has taken place’.”

Co-founding member Allie Gallagher said: “It’s easy to celebrate some sort to milestone in seeing progress in recognition of the housing crisis in Donegal, but it’s harder to point out the flaws.

“We, of all people, do not want to be the bad guys here but we have to be realistic too. With the government not properly investing in building affordable and social housing, what are we left with but only the assumption that the concerns and and surveys will mean nothing without the financial backing of central government.”