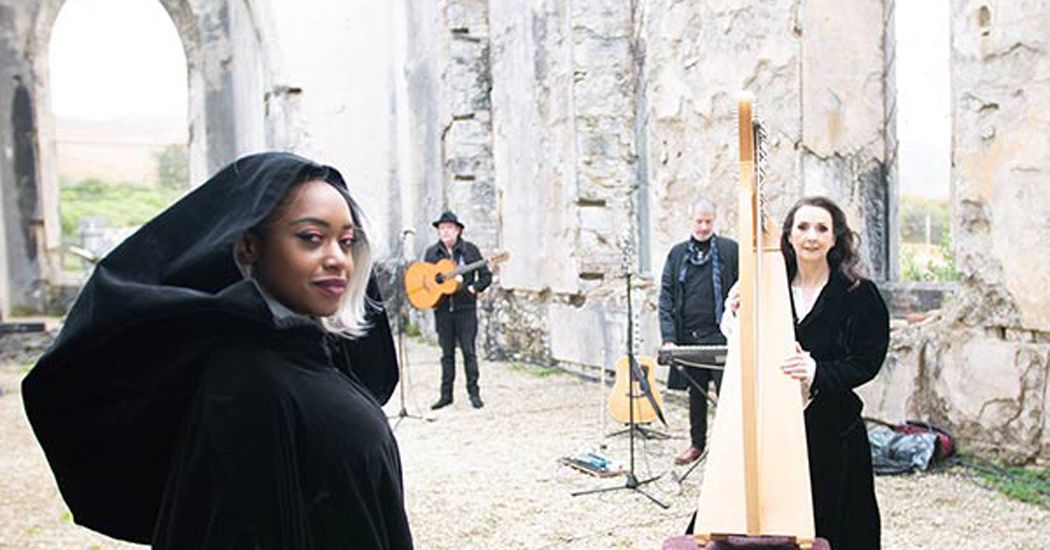 A special concert takes a virtual trip to Gweedore and Malin Head to share stunning songs and scenery with the world.

The whole of Ireland is a stage for the ‘Ireland in Music’ concert, which is being streamed around the world this week in celebration of St Patrick’s Day.

Donegal artists Rosie Carney and Clannad are featured among some of Ireland’s most celebrated musicians.

Gweedore’s Clannad and Limerick rapper Denise Chaila (pictured above) visited the iconic Poison Glen to film their performance in the shadow of Errigal mountain.

Singer/songwriter Rosie Carney took to the dramatic northern coastline at Malin Head to sing ‘I Dreamed That I Was The Night’.

‘Ireland in Music’ TV Show will be available for viewers outside of Ireland this March to mark St. Patrick’s Week. It will be broadcast tonight at 8PM Irish Time. Tickets can be booked from this link: https://t.co/4YjfgbCN8n
@TempleBarTradFest #IrelandinMusic pic.twitter.com/sQOLWHgS9D

Other top performances in the line-up include Denise Chaila and Sharon Shannon performing along The Cliffs of Moher, Lisa Hannigan in the bandstand at Saint Stephen’s Green and The Stunning in the grounds of Trim Castle.

The concert first aired on RTE at Christmas, but the ‘world tour’ began virtually this week for viewers outside Ireland, who can tune in online until Thursday 25th March.