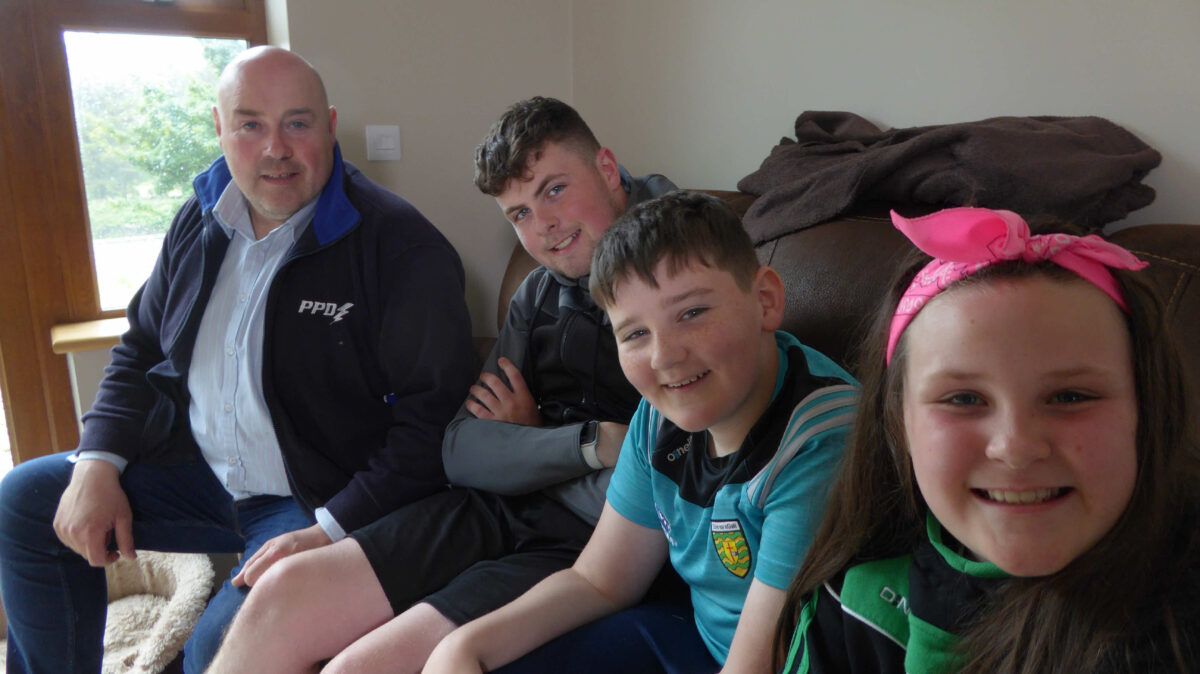 Farming family reveals the tricks of the trade in TV series

A family in Gortahork are set to feature on TV this week to share their secrets to winning agricultural shows.

Although the agricultural shows did not happen this summer, the Beidh Aonach Amárach series on TG4 visited dedicated competitors and exhibitors around the country as they continue with their hard work and dedication perfecting their craft.

By day, Pól Páidí Dubh is an electrician but he spends every bit of spare time between that on his farm with his Suffolk, Texel sheep, and few hill sheep – so much so, he even takes three weeks of annual leave from work during lambing season.

Pól Páidí Dubh has won several trophies for his sheep. It’s not about winning for him, but the pride in taking part.

He uses the local beach to his advantage when it comes to preparing for agricultural shows – it’s a ritual for the family to bring the sheep down to the shore as the sand helps clean the sheep’s feet helping to get them show ready!

Also featured in this episode is Aindriú Ó Cearbhail from Gweedore who now lives in Rathcairn with his wife Tara and their three children, 13-year-old Dualta and the 11-year-old twins Eireann and Saorlaith.

Aindriú first became fascinated with basketry when he was 15, and he first started to pick up the skills from sitting and watching them being made by his neighbour, but never properly learnt himself until 9/10 years ago. Turf Creels have always been his favourite to make but enjoys making all different kinds and styles – each one has its own unique intricate process but he enjoys it!