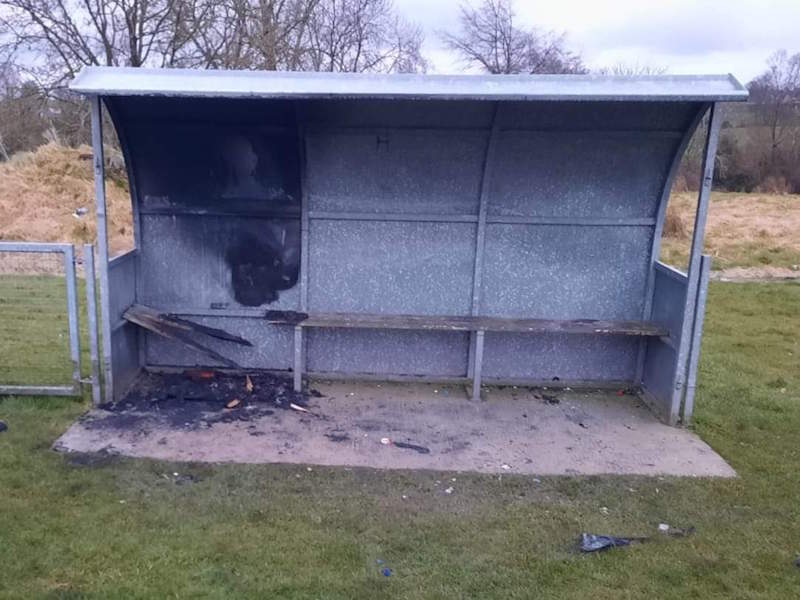 There has been outrage expressed after a number of attacks by vandals on the home of a well-known Donegal soccer club in recent days.

Convoy Arsenal revealed today how their ground has been targeted on a number of occasions.

Fencing was pulled down, glass was strewn across the playing pitch and now a fire has destroyed one of the dugouts.

The incidents have been reported to Gardai in Letterkenny who are investigating the incidents.

Anybody who knows anything about the vandalism should contact Gardai.