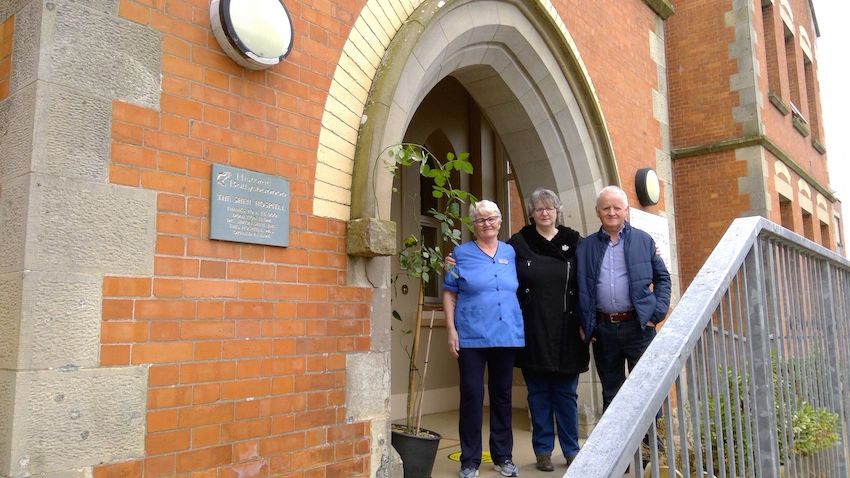 A lasting legacy at the Sheil Hospital in Ballyshannon

The Sheil Hospital in Ballyshannon recent underwent a multi-million euro refurbishment creating a truly last legacy for the people of Donegal.

But what are its origins?

Here local historian Anthony Begley gives a detailed account of how it was founded.

Dr.Simon Sheil was the generous philanthropist who left a large sum in his will for the construction of a hospital in Ballyshannon in 1894.

The Sheil family were renowned as a medical family for generations and had been in Ballyshannon since the early 19th century.

Dr. Simon Sheil qualified as a medical doctor in Edinburgh in 1840 and was appointed a Fellow of the Royal College of Surgeons (F.R.C.S.I.) in 1844. Dr. Sheil practised medicine in Sheil House Ballyshannon during the distressing years of the Great Famine and inherited much of his father’s extensive property.

On his own death in 1889 he left endowments in his will which are still providing humanitarian assistance in Ballyshannon today. Dr. Simon Sheil died on the 2nd June 1889 and the distinctive Sheil vault still stands today, in the Abbey graveyard, overlooking the ruins of the Cistercian Abbey of Assaroe. Dr. Simon Sheil’s will was probated on the 1st August 1889. In his will he left £6,000 for the construction of a hospital with an additional £1,000 available as required.

The hospital served a wide community in South Donegal, North Sligo and North Leitrim. After stipulated endowments in his will, Dr. Sheil left his remaining property in the care of the Sheil Trustees for the erection, maintenance and furnishing of the Sheil Hospital.

A management committee for the day to day rules, regulations and ethos of the hospital was to be composed of the following; The Catholic Archbishop of Armagh, Catholic Bishop of Raphoe, Parish Priests of Bundoran and Kilbarron, the County Judge of Ballyshannon, the Protestant rector of Kilbarron and the Chairman of the Ballyshannon Board of Guardians. 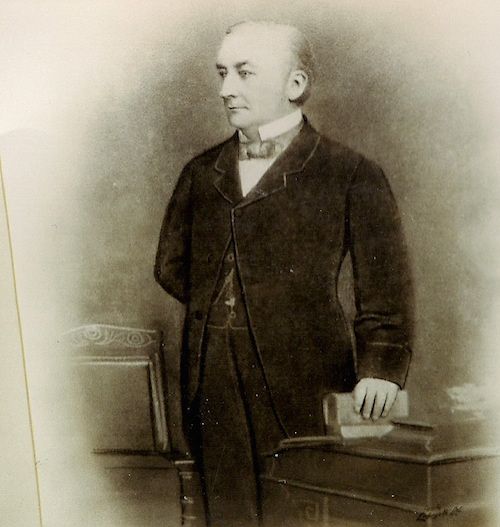 The Sheil Hospital from the outset was a medical and surgical hospital for the reception of poor patients but with a ward or wards for patients who would be able to pay or contribute towards their support. Architect for the Sheil Hospital was William H. Byrne and the builder was Mr. McAdorey of Dundalk. Looking to the future Dr. Sheil directed that the hospital be built in such a manner that it could easily be added to afterwards. This is currently the situation with the planned extensions in 2021 adding to the original building.

The foundation stone for the Sheil Hospital was blessed by Most Rev. Dr. Logue, Primate of All Ireland, and the stone was laid by Ms. Henrietta Sheil in September 1891. She was the last of the family to live in Sheil House on College Street which is currently occupied by Túsla.

The role of the Sisters of Mercy has been pivotal in the provision of nursing and administration in the Sheil Hospital and they provided the Matron to the hospital until the early 1990s. The surgeons, doctors nursing and ancillary staff have always provided a professional and caring atmosphere for the patients which is recognised by the wider community.

In the 1970s a large extension was added to the hospital with operating theatre, bed lift, children’s ward, female medical ward as well as nursing and domestic staff apartments. The Friends of the Sheil Hospital played an important role in fund-raising for developments such as the new laundry at that period. The Sheil Hospital developed an expertise in surgery and in modern times was recognised for its maternity facilities. In March 1974 the Sheil Hospital was taken over by the North Western Health Board.

The Health Service Executive’s major building project for the Sheil Hospital, currently under construction, has been welcomed by the entire community and the tireless work of their staff must be acknowledged.

Investment in the extension to the hospital will be €31 million in total cost, with the addition of 80 new bed units in a combination of short stay, long stay and dementia wards. The existing buildings at the Sheil Hospital will keep its façade and will also be upgraded.

Main contractors for the Sheil Hospital project are Boyle Construction Letterkenny and architects are Rhatigan Architects (Sligo) and Tangram Architects (London). Next door to the Sheil Hospital, the new H.S.E. Primary Health Care Centre has opened and replaced the Convent originally endowed by William Stephens, while also keeping the original facade of the building.

Both buildings enhance the built heritage of the town and have their origins in the generous legacies of two Ballyshannon men in the 19th century.

Dr. Simon Sheil originally gave an exceptional sum of money for the construction of the Sheil Hospital in 1894 and his legacy to the community will live on, in the much appreciated enhanced developments by the Health Service Executive well into the next century.

A lasting legacy at the Sheil Hospital in Ballyshannon was last modified: March 25th, 2021 by Staff Writer