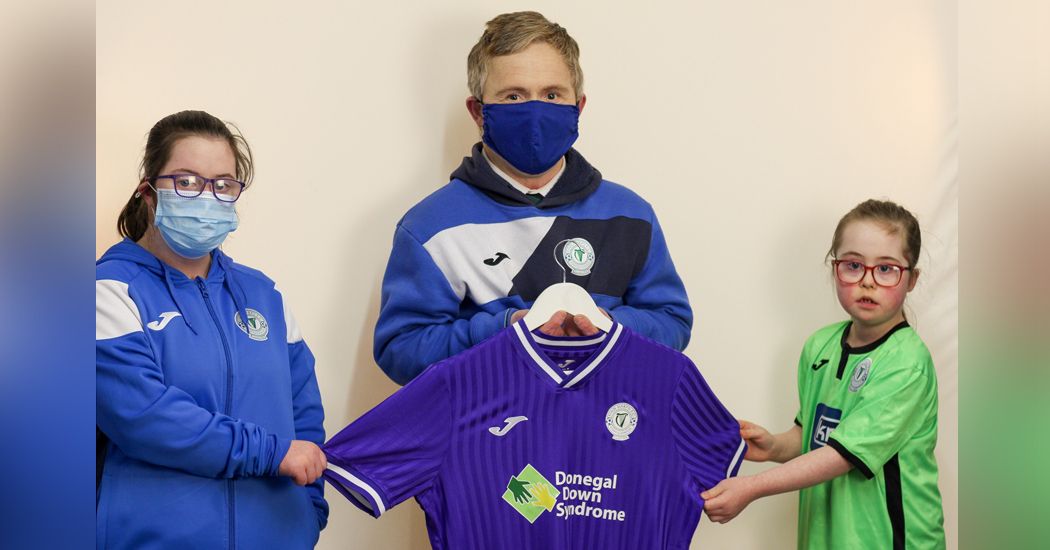 Finn Harps FC has tonight unveiled their new third kit in association with Joma Sport and the Donegal Down Syndrome Association.

The purple jersey, which is sure to become a collector’s item, represents the national colour of Down Syndrome Ireland and displays the crest of the Donegal Down Syndrome Association on the front.

The launch follows Finn Harps’ participation in World Down Syndrome Day when players wore purple during their warm-up before Saturday’s season opener vs Bohemian FC.

Finn Harps will continue to highlight the invaluable work and activities by Donegal Down Syndrome throughout 2021 and €10 from every jersey sold will go directly to helping local services.

Presenting our alternate jersey for 2021 in association with Donegal Down Syndrome!

The club is delighted to be supporting the superb work done by @DonegalDS and €10 from each jersey sold will go directly to helping local services.

Aidan Campbell, Finn Harps Marketing Officer said “First and foremost we hope supporters and the public enjoy wearing the jersey which looks great and is definitely a break from convention. We know from some of our own supporters the amazing work carried out by Donegal Down Syndrome Association volunteers and we are delighted to have them represented on our jersey.” 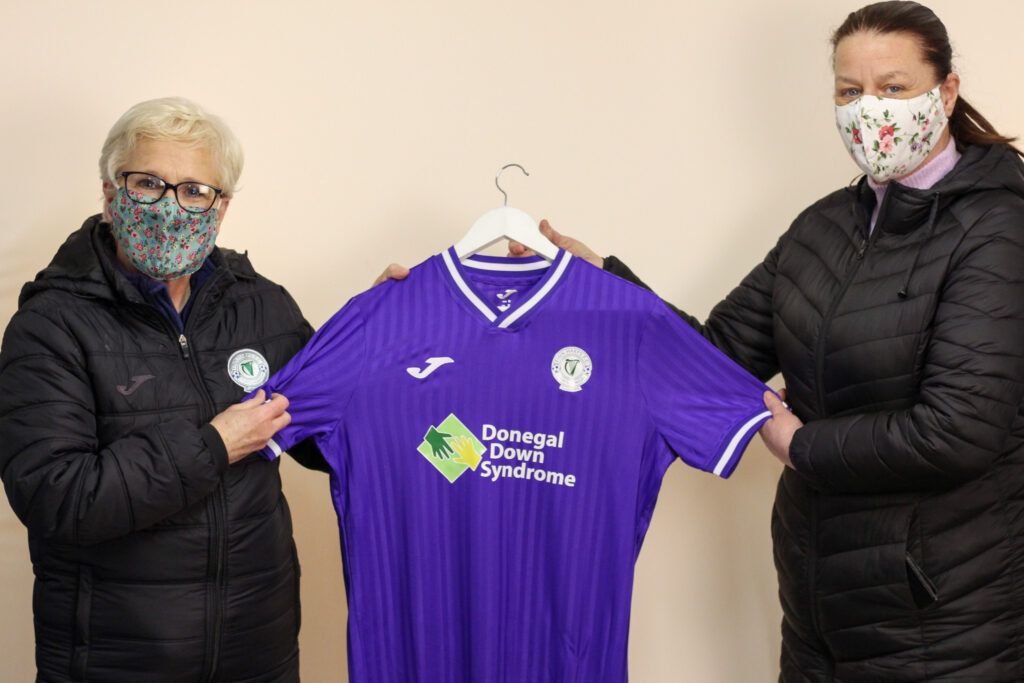 Ann Kelly who runs the shop at Finn Harps FC and Maureen Jordan of Donegal Down Syndrome Association and at launch of Harps new purple third Kit.

Gina Grant PRO for Donegal Down Syndrome said: “We at the Donegal Down syndrome are so proud to be associated with Finn Harps FC. Their continued support means so much to our members so for us to be on the Jersey of a team we support and watch with great pride is fantastic. We wish to thank Finn Harps and all who support them because without support from our community we wouldn’t be able to continue our work in Donegal.”

The Jersey is currently available for sale online at finnharps.ie. Please allow a fortnight for delivery.