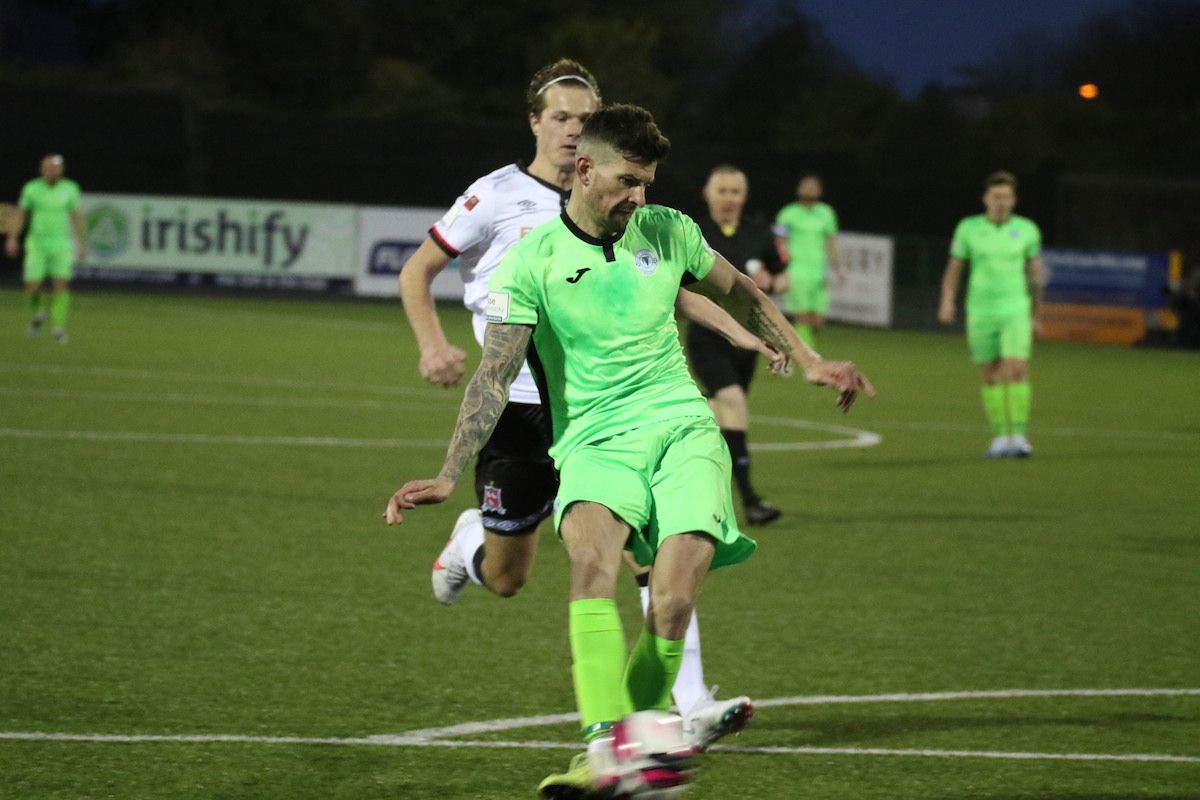 EVEN Ollie Horgan might struggle to play down this one down as Adam Foley’s double secured Finn Harps a superb win over Dundalk at Oriel Park.

Foley’s goals, either side of a Pat Hoban strike for Dundalk, gave Harps a deserved win on the Carrick Road.

Foley was also the hero of the hour in the 1-0 win over Bohemians six days ago and this evening’s brace means Harps, albeit after just two games, have maximum points from a testing opening pair of matches.

This was Harps’ first win over Dundalk since a 2-0 win in a 2007 play-off semi-final at Finn Park.

They lived dangerously – not least when Hoban clipped the post in the 87th minute – but Horgan’s men were good value at the home of a club that has won five Premier Division titles since 2014.

The winner arrived in the 64th minute. Mark Russell made the incision and it was from his pass that Oriel Park seemed to part.

Dundalk’s attempted offside trap had failed to nab Foley and the striker made no mistake with an exquisite finish. Foley was coolness personified in the crisp Dundalk air as he fired a side-footed effort past Alessio Abibi.

In the 43rd minute, Harps took a shock lead.  The touch from goalkeeper Abibi’s touch was much too heavy and the Albanian was punished by the ever-ready Foley. The Dubliner seized on the chance for his second goal of the season. 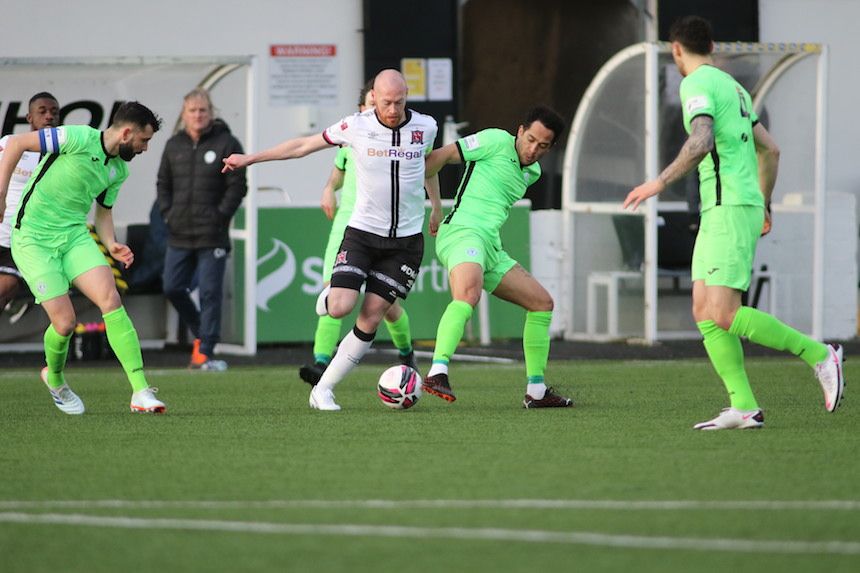 From the get-go, Horgan urged his players to pressure Dundalk and the goal rewarded that bravery.

Harps were rocked when Dundalk drew level just three minutes into the second half as Pat Hoban firmly planted a header beyond Mark Anthony McGinley from Michael Duffy’s delicious free.

The concession of the free, awarded for a foul on half-time sub Ryan O’Kane by Mark Coyle, irked Horgan, who felt the free might’ve been given the other way. though letting a goal leak from a set-piece will have particularly troubled the Harps boss.

Dundalk seemed set to hit the front on 58 minutes, but a stunning save by McGinley prevented Hoban from registering again after the striker met Cameron Dummigan’s searching cross. 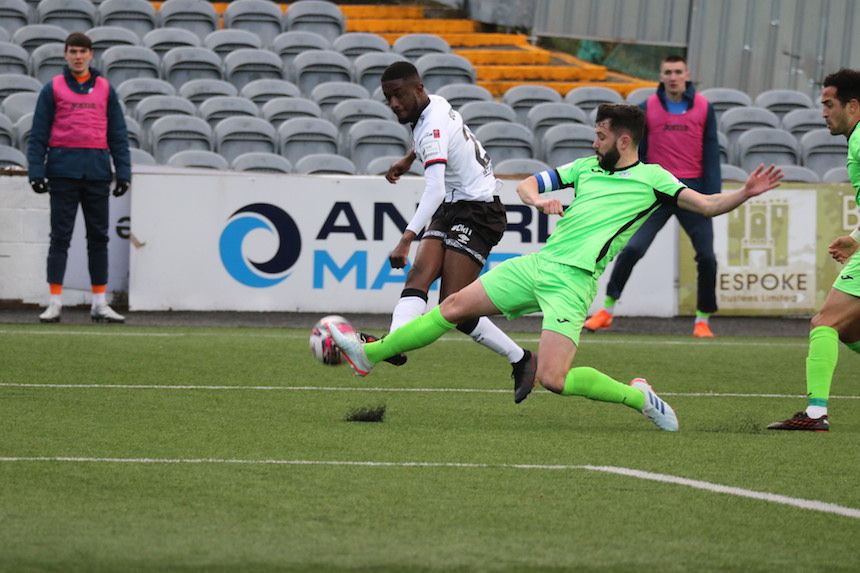 Conor Barry and Ryan Connolly missed out due to the injuries that forced their departures from last weekend’s win over Bohemians, with Russell and Will Seymore elevated.

Seymore, making his first start in Harps colours, riffled well over the top when the away side had an early sight of the target.

The best chance of the opening half fell the way of the visitors. Foley was just let down by his first touch after being fed by Russell. Just when Foley looked like he might be in to break the deadlock, Abibi gathered at his feet.

Dundalk always appeared threatening, even if the Lilywhites weren’t in top gear, and it took a brave block by Harps skipper Dave Webster to deny Junior Ogedi-Uzokwe after 12 minutes.

Pat Hoban curled too high to trouble McGinley while Junior – who netted 14 Premier Division goals for Derry City in 2019 – was unable to keep an effort on target when he connected to Duffy’s corner. 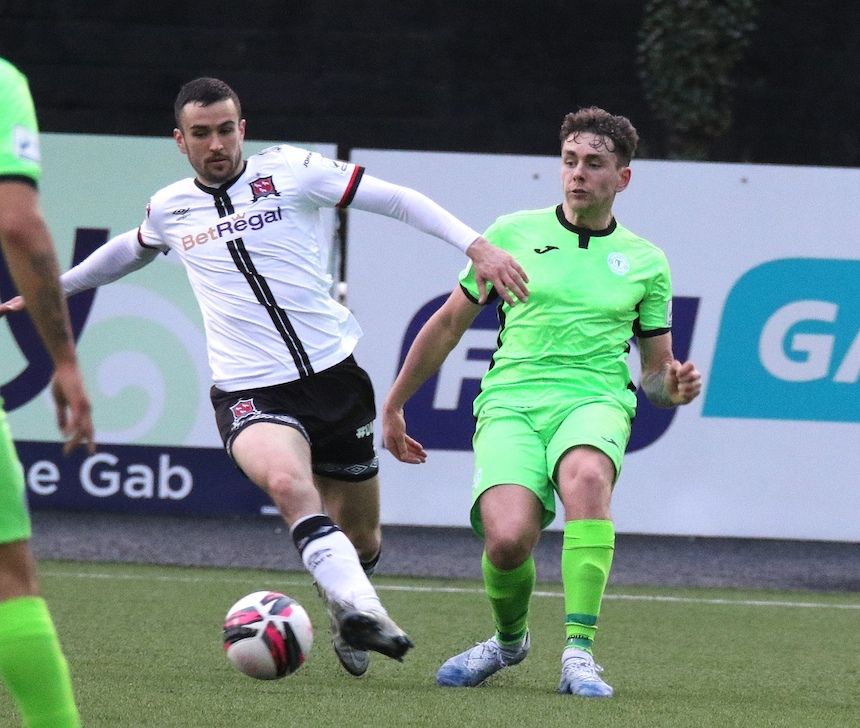 Dundalk were without Patrick McEleney – who scored in Saturday’s 1-1 draw at Sligo – a knock sustained in training preventing him from taking his place against his brother Shane.

Dundalk posted three switches to their XI with Duffy, Sam Stanton and Darragh Leahy all included from the off.

Just on the stroke of half-time, Stanton drilled a low free kick wide and Harps were daring as they made their way beneath the main stand.

Hoban’s attempt three minutes from the end had Harps hearts in the mouths, but the clang of the post allowed them to breathe.

With the game’s final chance, McGinley held on to Jesus Perez’s drive and Harps head home toasting a famous win. 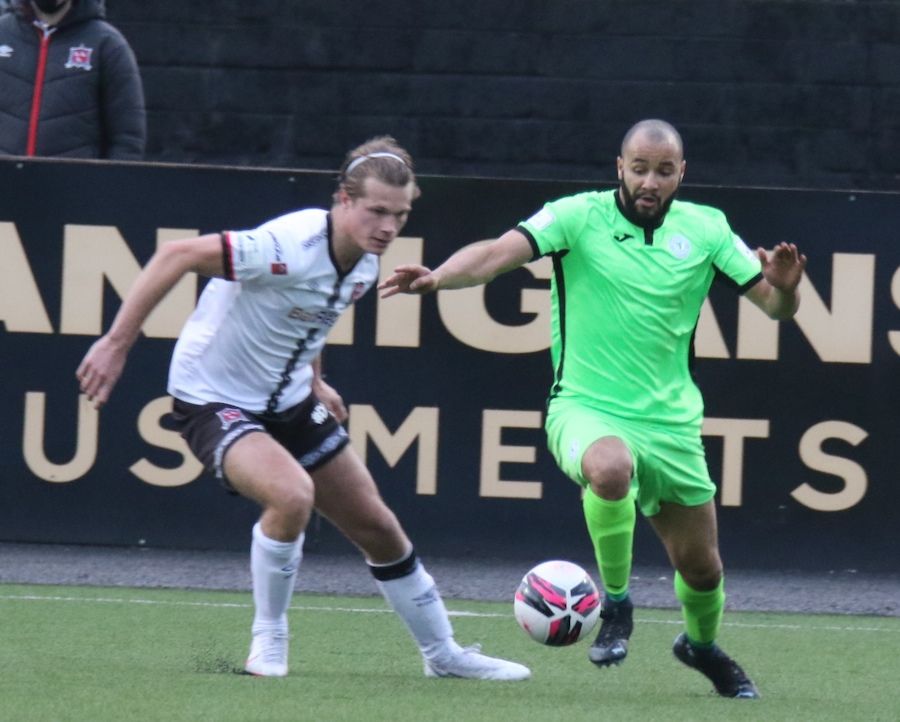