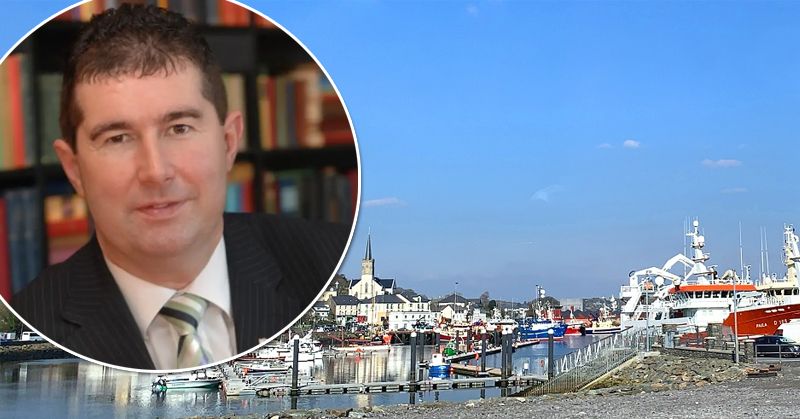 Call for action on two ‘game-changing’ projects for Killybegs

Killybegs has the potential to be a centre of excellence for the blue economy if two major projects are acted on in the near future, a Donegal County Councillor has said.

Cllr Michael Naughton is calling for an urgent meeting with Minister for Agriculture, Food and the Marine Mr. Charlie Mc Conalogue TD to discuss the roll-out of two key projects recommended in a new report on Killybegs Harbour.

The report identified the need for major investment into a dry dock and synchrolift and a pier extension.

The Killybegs Harbour group has a combined turnover in excess of €300million and employs nearly 1,200 people. With 90% of their revenue coming from export sales, urgent action is needed to mitigate the impact of Brexit.

Cllr Naughton outlined that the existing synchrolift accommodates 90ft boats, but a new one could take vessels as large as 250ft, creating more jobs in turn.

“It would ensure that the vessels in Killybegs could be serviced in Killybegs. And not just Killybegs boats, our own navy boats. At the moment there is over 100mllion going to foreign shores servicing our boats.

“We have the people in Killybegs that can do this.”

The pier is also in need of an extension of up to 150m.

Cllr Naughton said that the extension would strengthen Killybegs’ offering to cruise ships, offshore wind, and marine engineering, which are all “huge contributors to the development of Killybegs”.

Cllr Naughton said it is vital that the feasibility report is acted on, and that a meeting is held with the Minister to address the development.

Cllr Naughton added that the recommended investments “present a huge opportunity for Killybegs to be a centre of excellence for the blue economy.

“We have the people who can deliver this, all they want is the infrastructure so we can develop Killybegs.”