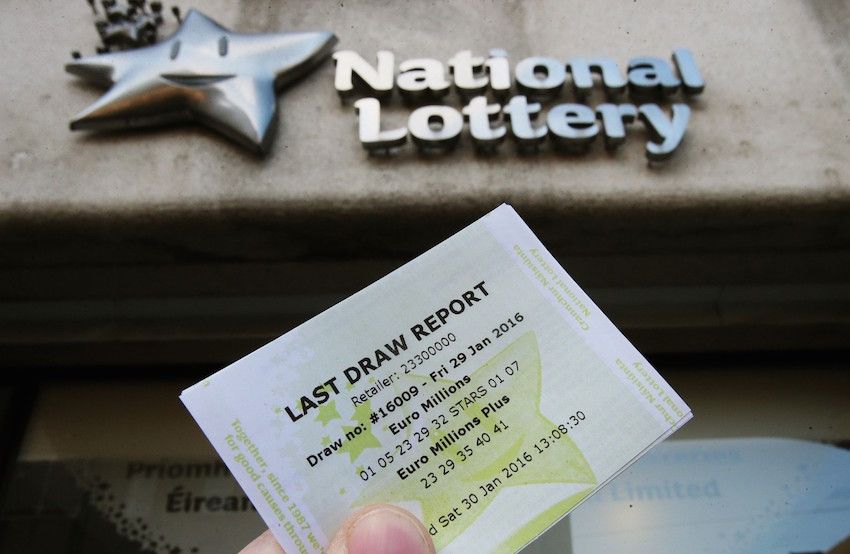 Could the next Lotto multi-millionaire be in Donegal

Donegal is buzzing with anticipation as tonight’s Lotto jackpot rolls towards a life-changing estimated €10 million.

The Lotto jackpot has been won just once so far this year when an online player from Limerick scooped the €8,530,884 jackpot on January 27th.

Since the Lotto game was launched in 1988, only 26 jackpots in excess of €10 million have been won. Two of those were in Donegal. In May, 2017, two lucky ticket holders from Donegal and Westmeath shared the €12.3 million jackpot on offer. In June 2014, a couple claimed a massive Lotto jackpot with a ticket they purchased at the American House store in Bundoran.   A potential winner of tonight’s jackpot could find themselves in the Lotto hall of fame with the massive jackpot on offer.

The current Lotto jackpot has been rolling since Saturday 30th January and the National Lottery has confirmed that an incredible €16.3 million will have been raised for Good Causes in the current Lotto jackpot roll-over series. For over 33 years, this fund has been allocated to support worthwhile causes and local community projects all over Ireland.

A National Lottery spokesperson said: “As the jackpot rolls towards an estimated €10 million, this is the highest amount that the Lotto has reached so far this year. Tonight’s draw could potentially mean that one lucky ticket holder could end the day as Ireland’s newest multi-millionaire. We expect excitement to build even more as we get closer to the draw which is why we are urging all of our players to follow the Government health guidelines in place and to purchase their tickets early in-store, in-app or at www.lottery.ie before the 7.45pm deadline tonight.”

Could the next Lotto multi-millionaire be in Donegal was last modified: March 31st, 2021 by Staff Writer
FacebookTweetLinkedInPrint
Tags:
donegallotto