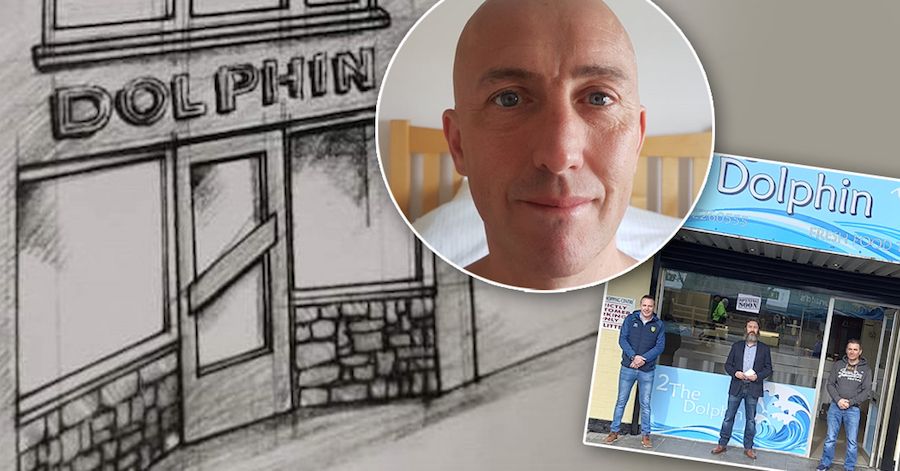 Giovanni Bianconi turned the corner and he felt an overwhelming feeling as that familiar name came into view last Saturday morning.

The shutters were open and he was a special guest to preview a new chapter in an old famous brand name in Letterkenny, The Dolphin.

Started by the Bianconi family who originated from Bassiano in Italy, who opened a cafe called the Mistletoe, later became the Dolphin was a place that was etched on the memories of many from Letterkenny and surrounds.

A Green Bomber Jacket, Doc Martens and his signature skinhead the typical style of a young Letterkenny man growing up in his hometown. 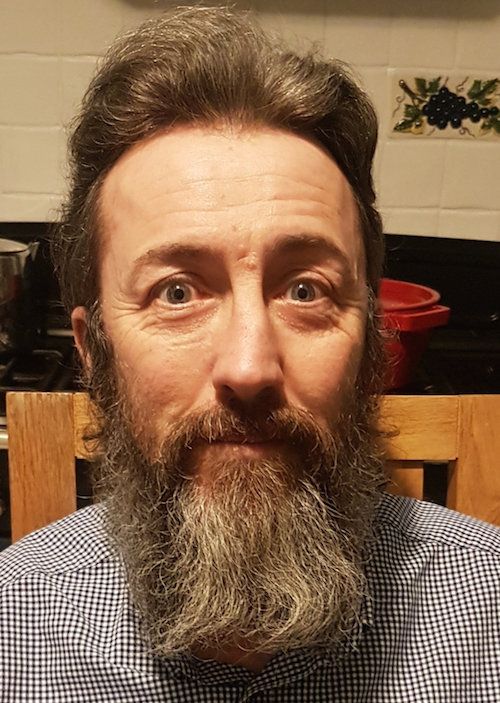 Gio Bianconi as he looks at present as he raises money for the Donegal Hospice.

Recently Gio’s friends have been greeted with a very different version of this young man. Giovanni Bianconi (better known as Gio) hasn’t been to a barbers for the last 40 years.

Every week without fail he has shaved his own head at home with his own electric razor. Gio emigrated from Ireland heading to England and spending nearly 20 years in London and has returned home a good few years ago now. 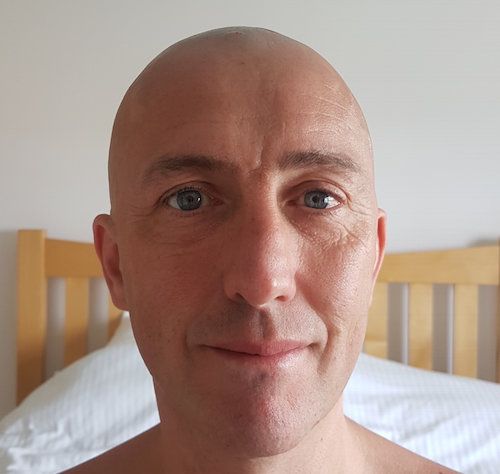 Gio Bianconi pictured last year as most people would know him before he embarked on his fundraising venture for the Donegal Hospice.

Gio always wanted to give something back to his community. He is now 53, a year older than what his father Nino was when he passed away long before his time.

About a year ago a story carried in the Donegal Daily of a nurse who was shaving her head for charity, was the inspiration for Gio to start on a journey that would be very different for this clean-shaven townie.

For 40 years Gio was shaving his head every week so he decided nearly a year ago to do the opposite and grow his hair to raise money for the Donegal Hospice.

Gio is not into these Go Fund Me things, and is not into social media so a group of his close friends organised sponsorship cards which people are making their contribution to.

Recently Adrian Sheils made contact with Gio and in the conversation he told him that he and his brother Andrew along with Marty McMonagle were opening a takeaway on the Pearse Rd where Johnston’s was, opposite McDonalds.

At that stage they hadn’t a name for the cafe, they had thought of calling it the Railroad Cafe after the old Railway Rd, now the Pearse Rd. Adrian asked Gio what his family would think of letting them call the cafe the Dolphin in memory of the cafe his family had in the Main Street for years. 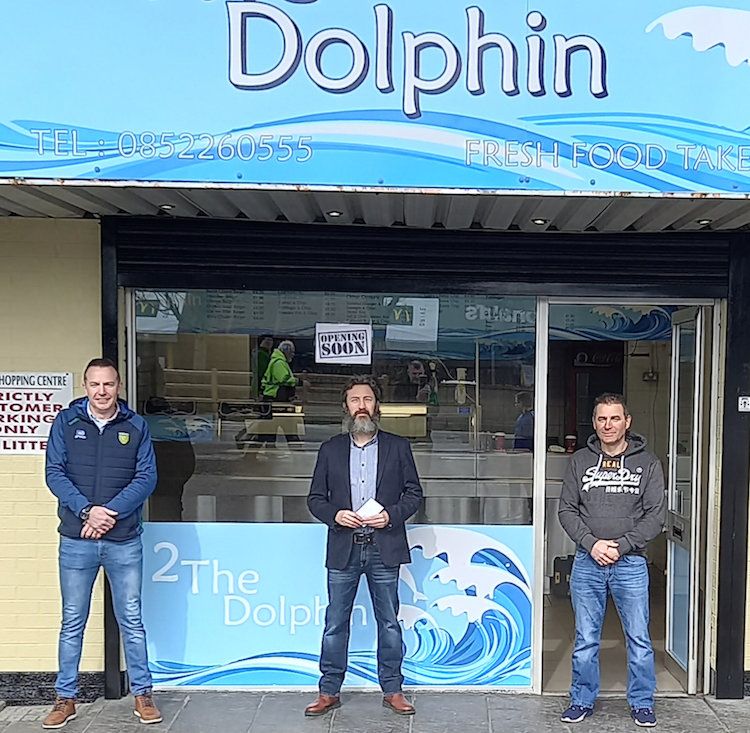 Gio Bianconi pictured at the New Dolphin Cafe where he was presented with a donation to his fundraising head and beard shave for the Donegal Hospice, he is pictured with Andrew Sheils and Marty Mc Monagle.

Gio brought the request back to the Bianconi family to think about. Gio’s two brothers Vincent and Brian sisters Conjetta and Eimmer and his mother Margaret were more about the place than Gio was since he emigrated when he was young.

“Thirty years on since the Dolphin closed in 1991 when Nino passed away. It was nice to think that people still had memories of our old family business.”

Nino got back to Adrian with words of support from Margaret Bianconi and the family wishing the boys all the best starting up a new business in these difficult times. 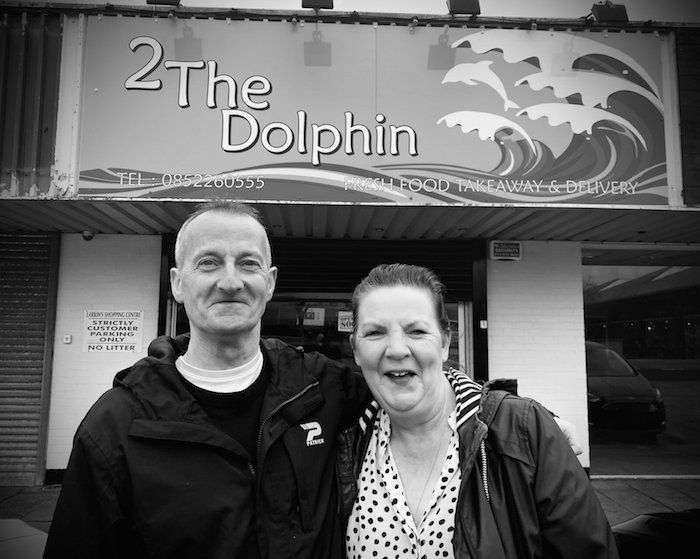 Keith and Laura Sheils who both both worked in the lld Dolphin Café and married each other. They are pictured at the new Dolphin as they watch their children Andrew and Adrian start a new business. Photo Brian McDaid.

They even promised to call in to taste the food from the new Dolphin called 2 the Dolphin when it opened.

Mention the Dolphin in Letterkenny and there’s an instant time travel to yester-year. It was the place to go. To help me with this my brother Peadar sketched out what both of us remember of the front of the old original Dolphin Café, that granite stone, the windows above the cafe which was three stories.

It was a place we would meet up for a bite to eat in. It had something different about it. From the old jukebox up the middle of that beautiful Italian terrazzo floor. The dropdown two sets of steps from Letterkenny Main Street to your favourite seat or stalls as they were called. The doorway in the middle of the cafe that took you up to where the many generations of the Bianconi family lived above the cafe. 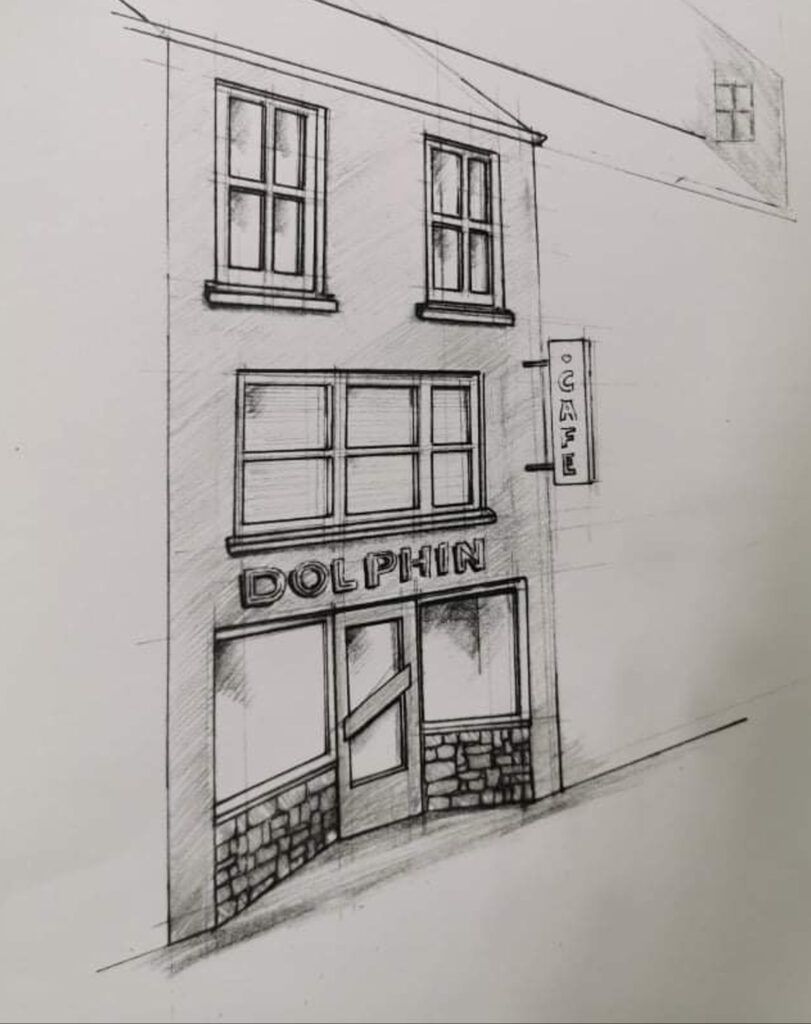 A sketch from memory by Artist Peadar McDaid of what the old Dolphin looked like in its day on Main Street in Letterkenny.

Gio recalled that the old Dolphin cafe was all about the people who came into it. You could set your watch with some of the regulars to the minute or the day the would call into the Dolphin, what they would order, what song some of them would put on in the Jukebox.

Every age all felt welcome, men coming home from work on a Friday evening still in working clothes who wree in for a few pints then came in for a fish supper and then would order a takeaway to take home with them.

Gabriella Gio’s granny was the Dolphin, she could be sharp but fair. We all called her Nana, the family kitchen was into the right hand side of the cafe kitchen, some of the customers who worked in Letterkenny and went into the cafe regularly ended up invited into the family kitchen at dinner time. The Dolphin was always spotless, a thing that Nana was big into. Every night after the cafe closed, those beautiful Italian floors were washed from the front doors to the back with buckets of scalding water. 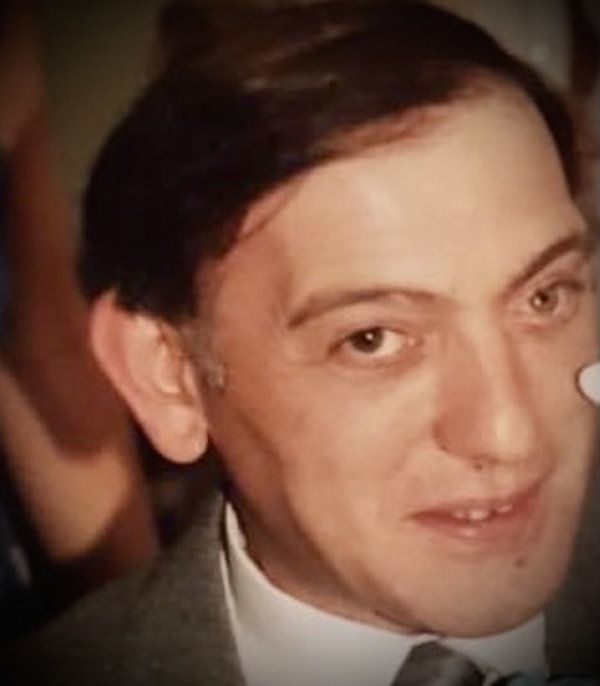 The late Nino Bianconi from the Dolphin,a familiar and popular businessman in Letterkenny

My late mother Mary Ellen was a dressmaker and was friendly with Ingrid, Tina and Nana. Gio talked about his Aunt Tina who now lives in America, who was home last year and Gio spent nearly two hours with her when she asked him to take her down to Speer’s Drapers in Letterkenny, to buy lots of wool to take back to America with her.

This week I got a wee look around the new Dolphin on the Pearse Road. Adrian was in hand to give a tour of the business ready to open. Local artist Jarla Duffy was putting the final touches to a beautiful mural, the light catches his eye as he recalls crowds going up from the youth club and seven or eight cramming into the one stall and ordering one plate of chips between them all. 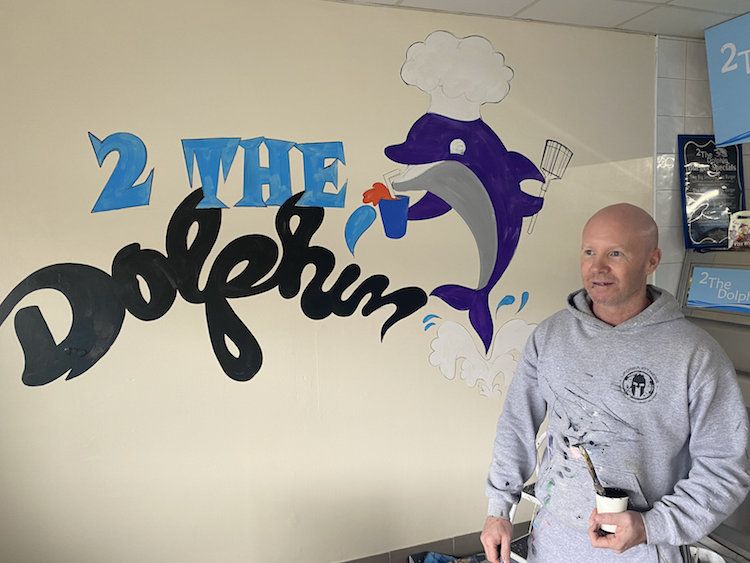 Artist Jarlagh Duffy putting the final touches on the mural in the new Dolphin Cafe in Letterkenny. Photo Brian McDaid.

The last chapter in the new Dolphin which will open this week all going to plan sits with Keith and Laura Shiels, Adrian and Andrew’s parents who I met this week sitting in their car watching everything coming together.

After a bit of coaxing, I managed to get the two of them to go into a photo in front of the takeaway. There’s a good chance that Keith Sheils cut or cooked chips for everyone that ever had a takeaway in Letterkenny. Keith started work in the Dolphin preparing and cutting chips for the fryer. Laura came to work in Letterkenny as a waitress in the Dolphin from near Raphoe. In the Dolphin she met her future husband Keith who also worked there. Their two boys who also followed the parents into the catering trade are now about to create their mark in Letterkenny starting up their new business with that very special endorsement from the Bianconi family wishing them the best.

Gio (Giovanni) called after his father Nino who was also christened Giovanni called to the Dolphin to wish Andrew, Marty and Adrian all the best from the Bianconi family, and were presented with a donation to his fundraising effort for the Donegal Hospice.

On the hillside across the River Swilly in Leck Nanna ( Gabriella ) Bianconi from Bassaino rests but will be watching over as the lights go on in the Dolphin again this week at the chip shop across the way. 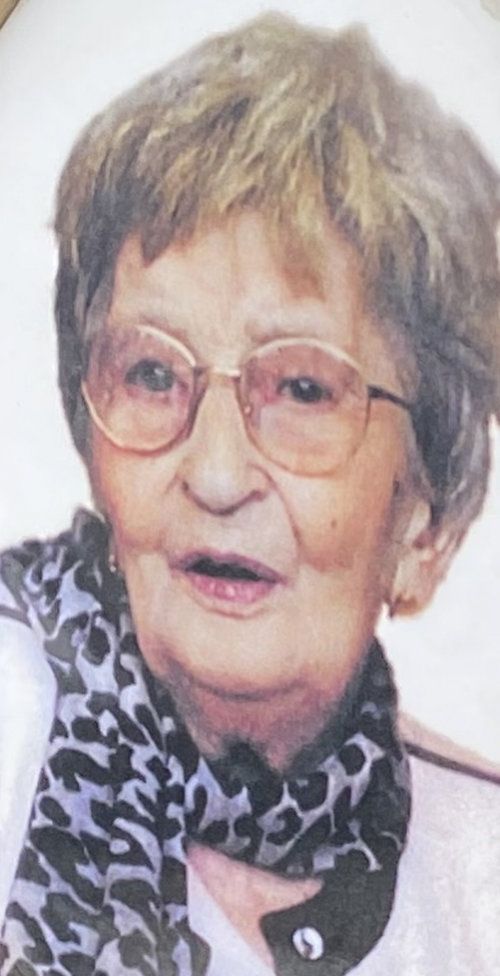 Gabriella Bianconi known to most as Nana a familiar face in the Dolphin Cafe in Letterkenny.