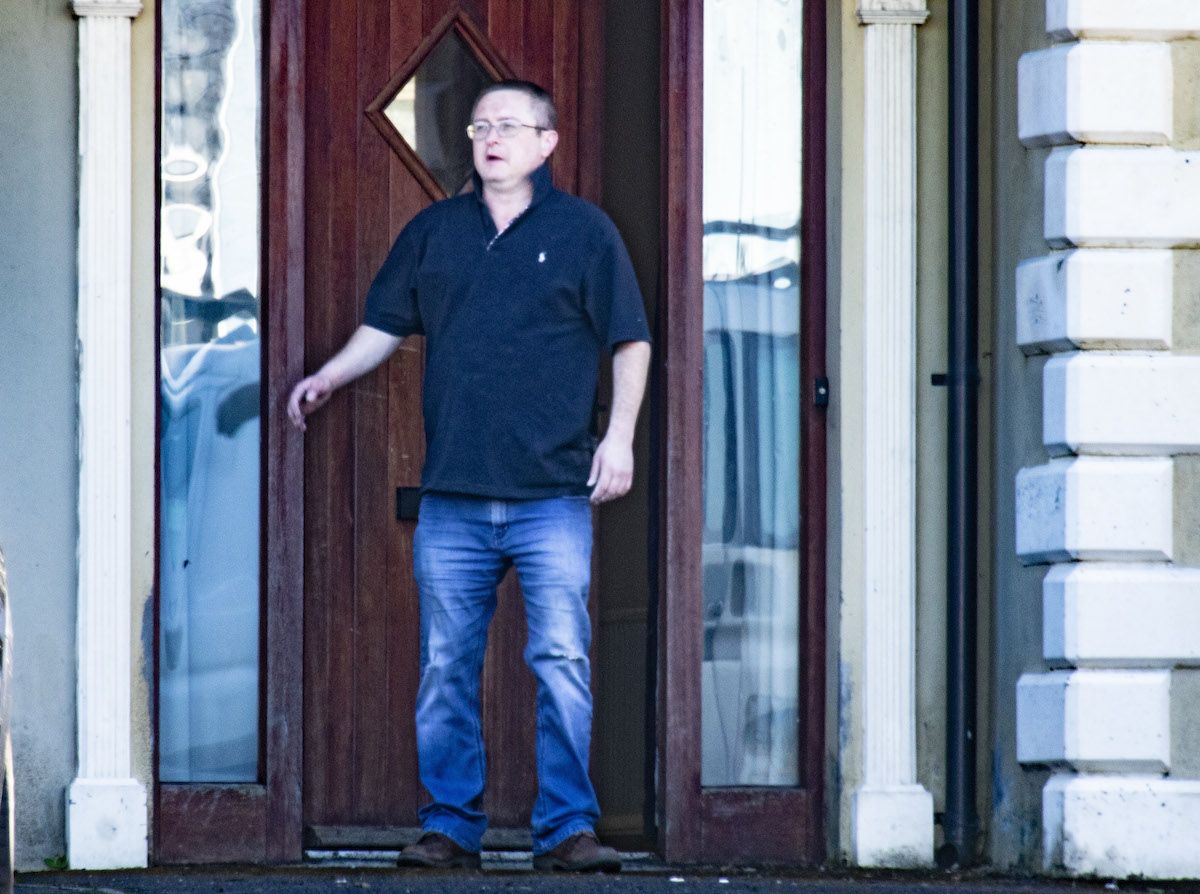 A MAN accused of the murder of his wife has returned to a Donegal village, leaving residents in fear.

Stephen McKinney has been spotted at his home at Flax Fields, Convoy numerous times – despite bail conditions not permitting him to return to the property.

McKinney was appearing to carry out maintenance work at the house today when he walked in full view of startled neighbours.

McKinney is accused of murdering his wife, Lu Na, who died after entering the water at Lower Lough Erne, Fermanagh in April 2017. McKinney denies a charge of murdering the mother-of-two.

At Belfast Crown Court in September 2020, Madam Justice McBride denied an application to allow McKinney return to the house in Convoy.

A Crown prosecutor highlighted concerns over the removal of bail conditions of tagging, residency and curfew.

As part of his bail, McKinney is to reside at Castletown Square in Fintona.

Locals in Convoy are on edge following recent sightings of McKinney. 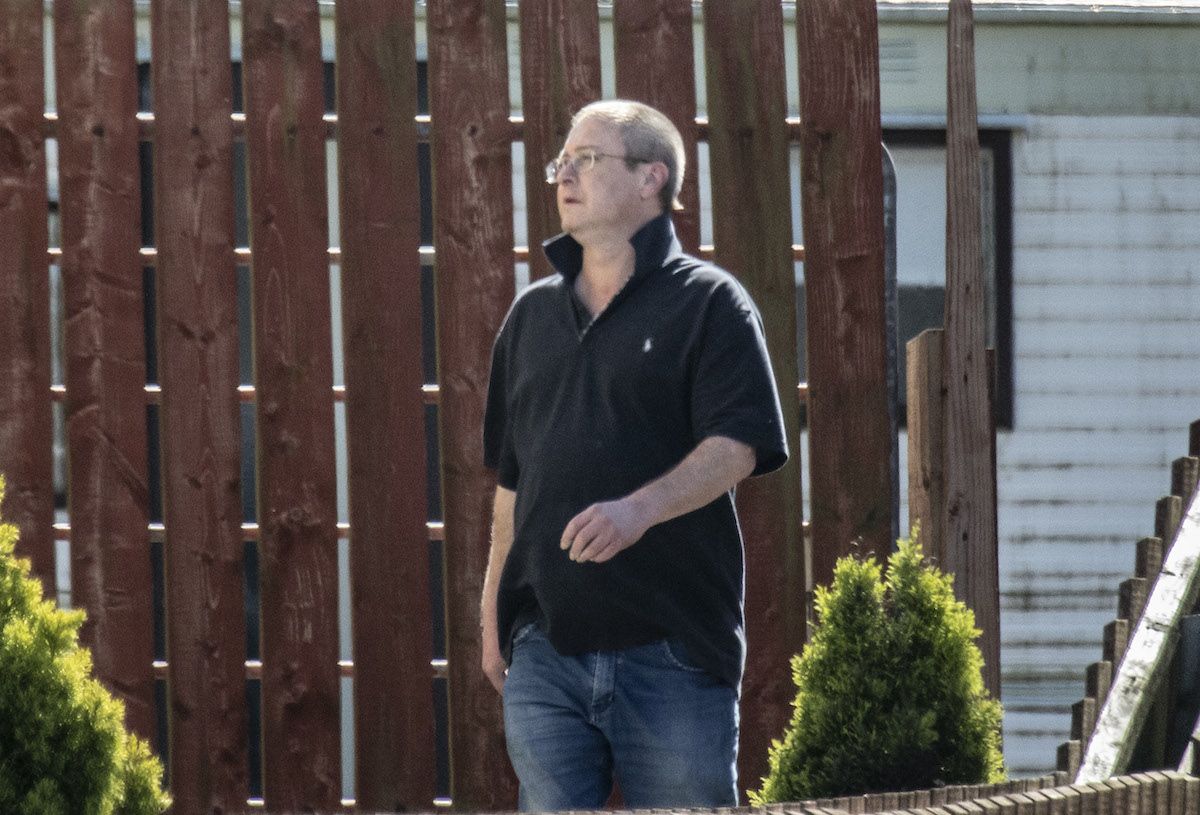 Stephen McKinney at his home in Convoy. (North West Newspix)

“All residents are nervous of having him about again,” one told Donegal Daily.

“Especially when there are so many kids about this area. We are all scared as residents to have him back within our community. He has been out walking about in the estate. It’s shocking.”

While another neighbour said that Gardaí have visited the property and spoken with McKinney, a spokesperson from the Garda press office said: “An Garda Síochána does not comment on named individuals.”

One homeowner in the area said that ‘music has been blaring’ from the property lately.

A woman who lives near to McKinney said that she had telephoned Gardaí to raise concerns.

“The guards are aware of him being here,” she said.

“The sooner he is gone from here again, the better for us all.” 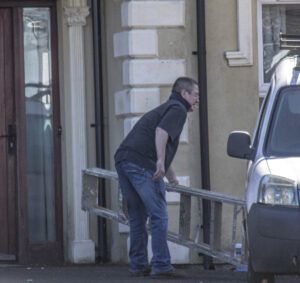 Stephen McKinney doing some cleaning up around his house in Convoy. (North West Newspix)

PSNI Detective Superintendent Eamonn Corrigan told Donegal Daily: “The PSNI has a duty to keep people safe and to ensure that offenders are brought to justice. Bail conditions are set down by the Court and police will not hesitate to arrest those who breach their bail conditions so they can be brought back before the Court to decide if continuing bail is appropriate.

“Anyone who believes that a breach of bail has occurred should report the matter to police who will investigate.”

In November 2020, McKinney was found to have ‘flouted’ bail conditions when he appeared before District Judge Michael Ranaghan at Dungannon Magistrates Court.

Judge Ranaghan said at the hearing: “He’s already breached his bail, and I very much have suspicions this is definitely not the first time.”

In the spring of 2020, a trial began at Dungannon Crown Court, but was aborted due to the Covid-19 pandemic. 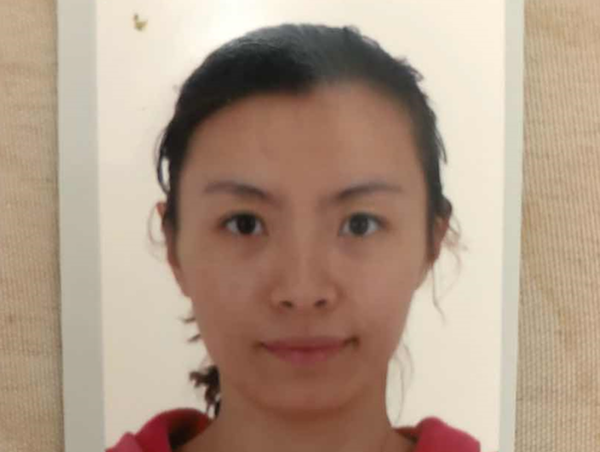 McKinney is prohibited from leaving Northern Ireland for the time he is on bail.

McKinney, who has surrendered his passport, is to observe 10pm-7am curfew at the address in Fintona at which an electronic monitoring unit is installed.

He has to report five times per week to the PSNI and is to have no contact with his children, either directly or indirectly without the consent of both the PSNI and Social Services.

There is no indication of when McKinnney’s trial will now be held. 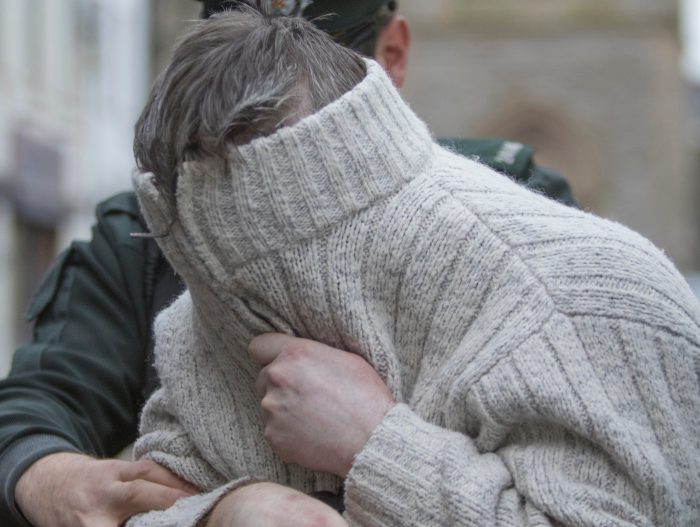